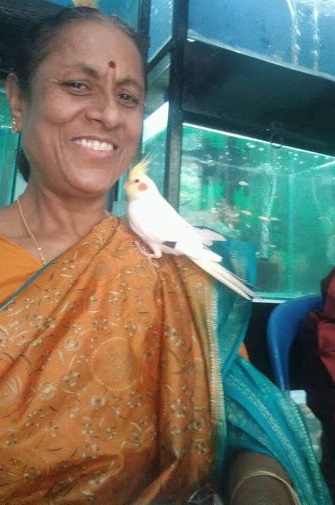 It is informed that she became sick few weeks back and admitted in the hospital with serious illness. Today evening Com.Seetha lost her breath at the residence in Bangalore.

Com.Seethalakshmi is a principled disciple of Com. Adinarayana and lovable to all Leaders not only in NFPE but also by many other organizations in the State and Nation as well.

In their life Madam achieved many goals with commitment, dedication & loyalty besides non-controversial with her approach according to the situation.

Particularly, Madam is fond of GDS and helped personally, too many in the Circle, which is ever grateful.

The first meeting of AIPEU-GDS conducted in Karnataka (Hassan) for its formation of Circle Union. Madam helped a lot to AIPEU-GDS (CHQ) with all her generosity as a General Secretary, for its organizational foundation and growth, which is always memorable.

We lost a good leader, coordinator & guide to our GDS Union. In respect of Madam, we dip our banner.

Shed with tears, deep sense of grief, mourning to the departed soul of Com.R.Seethalakshmi.

We pray for the eternal peace to the departed soul.