The AIPEU-GDS Srikakulam Division Biennial conference has been held on 18-09-2016 under the Presidentship of Com.V.S.R.Murthy Naidu, President, GDS, Srikakulam Division. About 250 GDS comrades attended and many of them participated in the deliberations. 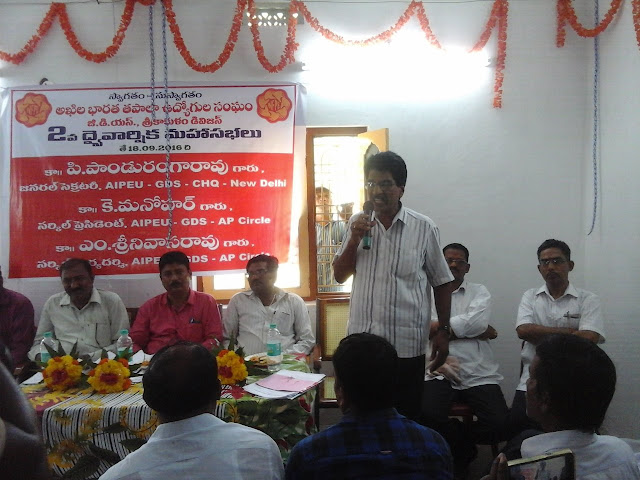 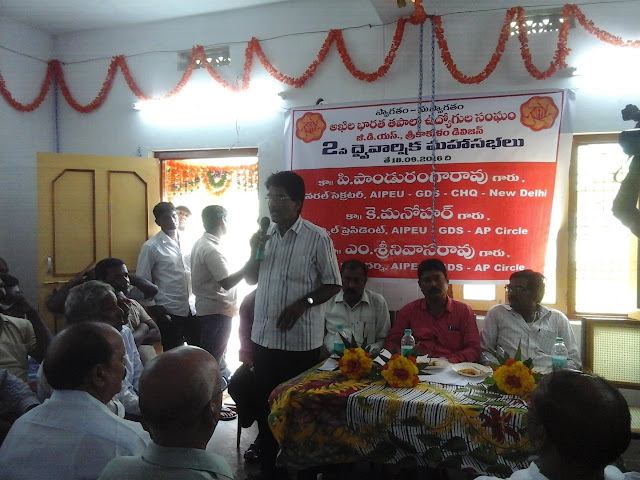 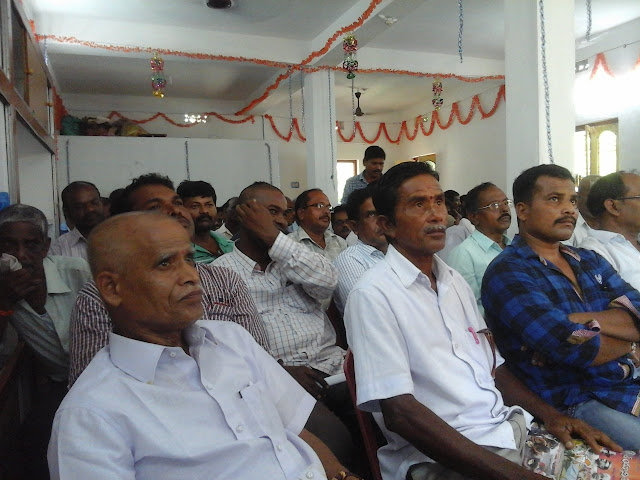 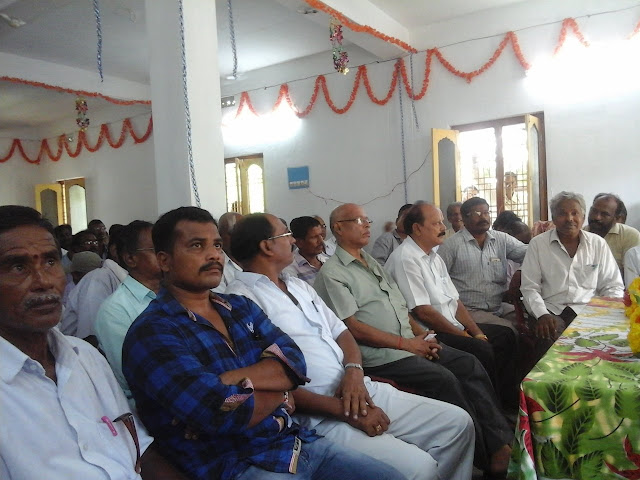 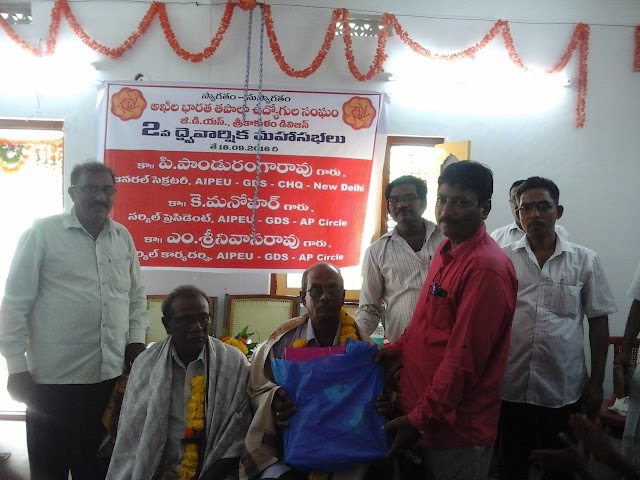 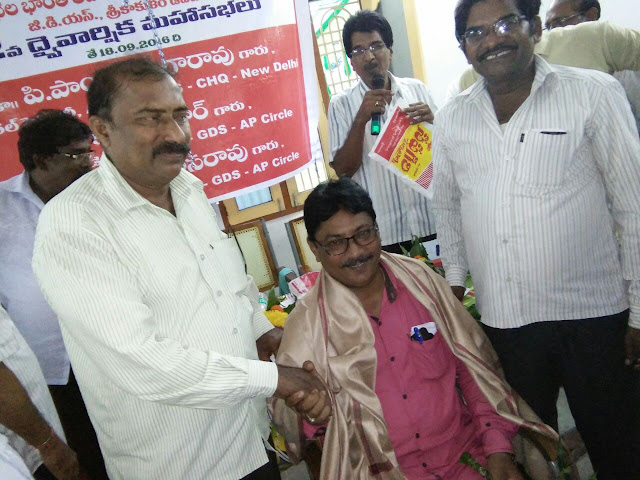