It is reported to AIPEU-GDS CHQ  that the biennial Conference of Aurangabad Division (Maharashtra) has been held on 25th Dec 2018 and a new set of office bearers were elected unanimously for the ensuing period for AIPEU-GDS, Aurangabad division 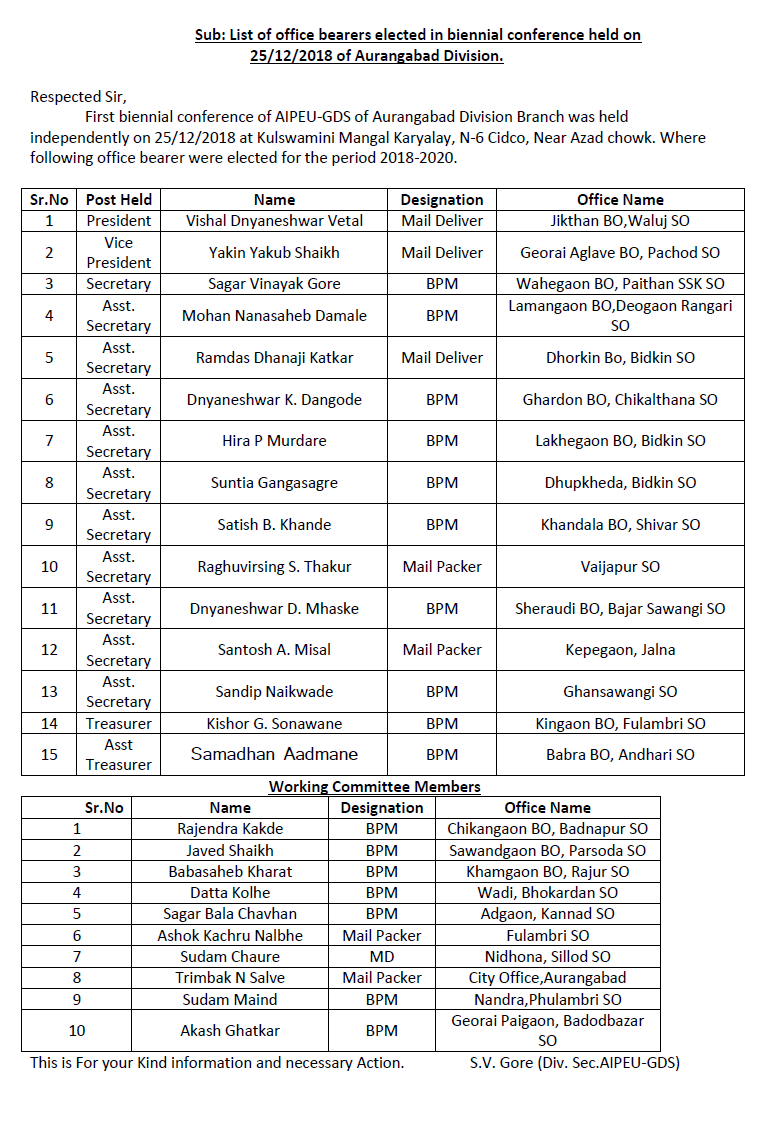 AIPEU-GDS CHQ conveys heartfelt greetings and congratulations to the organizing body of the divisonal Union, AIPEU-GDS, Aurangabad and all the GDS members & NFPE leaders of Aurangabad for their support and cooperation to the AIPEU-GDS in the divison. =P.PandurangaraoGeneral Secretary
Posted by P. Pandurangarao at 12:20 AM