Fact Check Unit of Press Information Bureau has today clarified in a tweet that Central Government is not going to deduct allowances of Central Government Employees. The tweet was a fact check on a media report speculating that Government was planning such a move in response to the corona virus crisis. 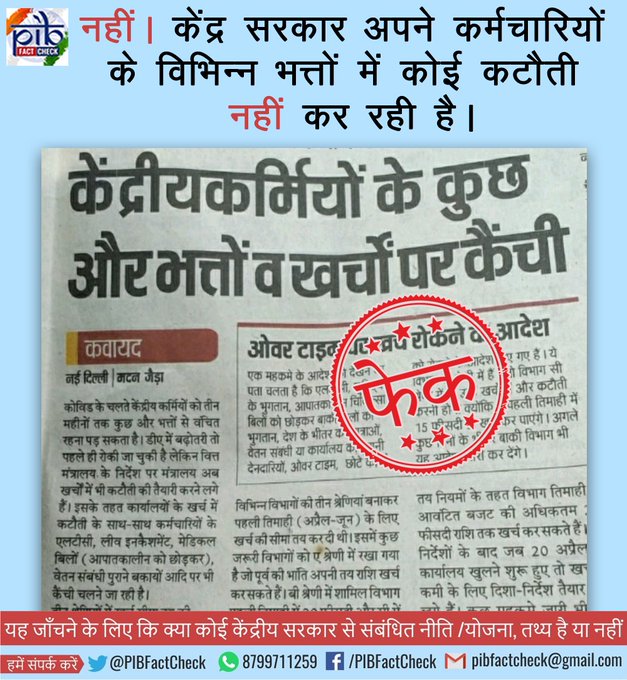 In another post, Fact Check has busted a rumour on Facebook that blamed ICMR for allegedly buying COVID19 testing kits and a significantly inflated price when cheaper options were available. ICMR has since clarified that it has fixed rate brackets for the kits and is open to any company that can provide the kits at a still cheaper rate. 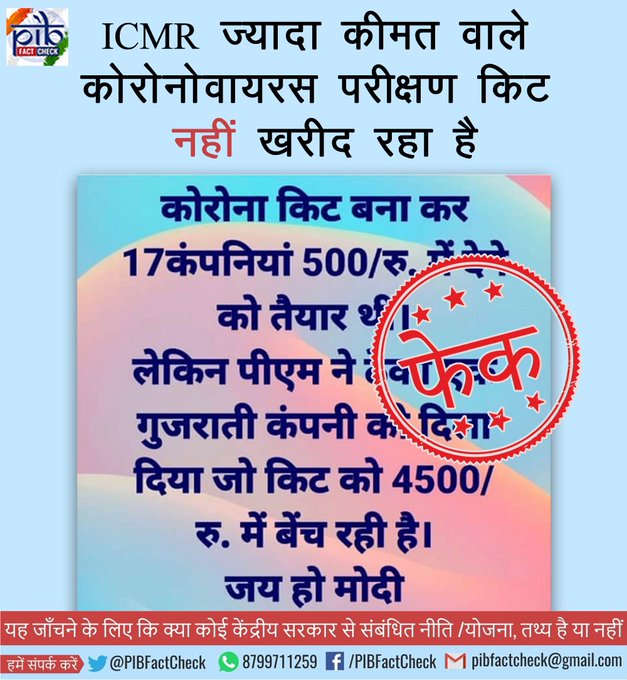 Background
In order to check the spread of fake news on social media and following observations of the Supreme Court, PIB set up a dedicated unit to bust rumours getting viral on the social media. ‘PIBFactCheck’ is a verified handle on Twitter that continuously monitors trending messages on social media platforms and conducts comprehensive review of its contents to bust fake news. Besides, PIB_India handle and various PIB regional unit handles on Twitter are posting official and authentic version of any item on Twitter using the hashtag #PIBFactCheck for the benefit of the Twitter community at large.
Any person can submit to PIBFactCheck any social media message, including text, audio and video, to verification of its authenticity. These can be submitted online on the portal https://factcheck.pib.gov.in/ or on Whatsapp No. +918799711259 or email: pibfactcheck@gmail.com. The details are also available on PIB website: https://pib.gov.in