It was decided by the Government of India that interest rates on Small savings Schemes will be linked to yields on government securities of comparable maturity. In pursuance of that decision, the Government has decided to revise the rates applicable on various small savings schemes as given in the table below.

Thus the rates on many of the small savings scheme have undergone an upwards revision vis-à-vis 2014-15.

The MNCs and Indian Corporates want BSNL to be privatised to capture all the assets. This can not be allowed. The telecom PSU, BSNL has to be strengthened for a better service to the nation.
vannamboodiri--30MondayMar 2015

Labour and Employment Ministry Transfers RSBY Scheme
The Rashtriya Swasthya Bima Yojna (RSBY ) of the Labour and Employment Ministry will now be implemented by the Ministry of Health and Family Welfare. In pursuance of a recent policy decision of the Government, the Labour and Employment Ministry is handing over the RSBY scheme to the Ministry of Health and Family Welfare with effect from tomorrow( 1st April 2015).The decision will come in to force on as is, where is basis.
The RSBY, the health insurance scheme for BPL(below poverty line) families was launched for the workers in the unorganized sector in the FY 2007-08 and it became fully operational from 1st April 2008. It provides for IT-enabled and smart –card-based cashless healthy insurance, including maternity benefit cover up to Rs. 30,000/- per annum on a family floater basis to BPL families (a unit of five) and 11 occupational groups in the unorganized sector. The ‘’Unorganized workers social Security Act, 2008” came into operation w.e.f 31st December 2008 and it encompassed ten social security schemes benefitting the unorganized workers including the RSBY.
The scheme has benefitted 3,85,15,411 families up to 31st March 2014. As many as 10311 hospitals are rendering services to the insured persons which include 6093 private hospitals and 4218 Government hospitals. Insurance Companies both of public and private sector (Govt-4, Private-12) are participating in this flagship scheme. Central share to the tune of Rs. 3738.05 crores was released by GOI during the last six years and the release during current FY is Rs 548.20 up to 23rd March 2015.
Out of 29 States and 7 Union Territories, the scheme was never operational in 3 States and 4 UTs and was operational for some time and then stopped in 5 States and one UT. In 21 States and one UT, the scheme is under continuous implementation starting from FY 2008-09. Altogether, 548 districts [out of the country total of 676 districts] have been covered under RSBY so far and 128 districts have never implemented RSBY.
In India, out of the estimated workforce of 47 crores, only eight crore are organized workers and thirty nine crore are workers in the unorganized sector.

AIPEU GDS (NFPE) convention of North Karnataka Region has been held on 29-03-2015 in Shri Bala Lila Shivayogi Kalabhawan, Mulugunda, Gadag  with the participation of more than 500 GDS comrades and Gr.C., P4 & RMS leaders of NFPE .

GDS comrades attended from 12 Divisions of North Karnataka Region in the meeting assured to join in AIPEU GDS (NFPE) and will follow the leaders of NFPE.

Com.Raju Patil, Leader of GDS (NFPE) made all efforts to make the Convention grand success by overcoming all hurdles created by the administration and the AIGDS Union of Karnataka. The arrangements and decoration for the meeting by Com.Raju Patil and his team, NFPE leaders of Gadag Division deserves all appreciation and praised by all leaders on their commitment to NFPE unions.

Com.Basavaraj Belluli, President, Gr.C., Gadag division made anchoring for the meeting in a befitting manner. 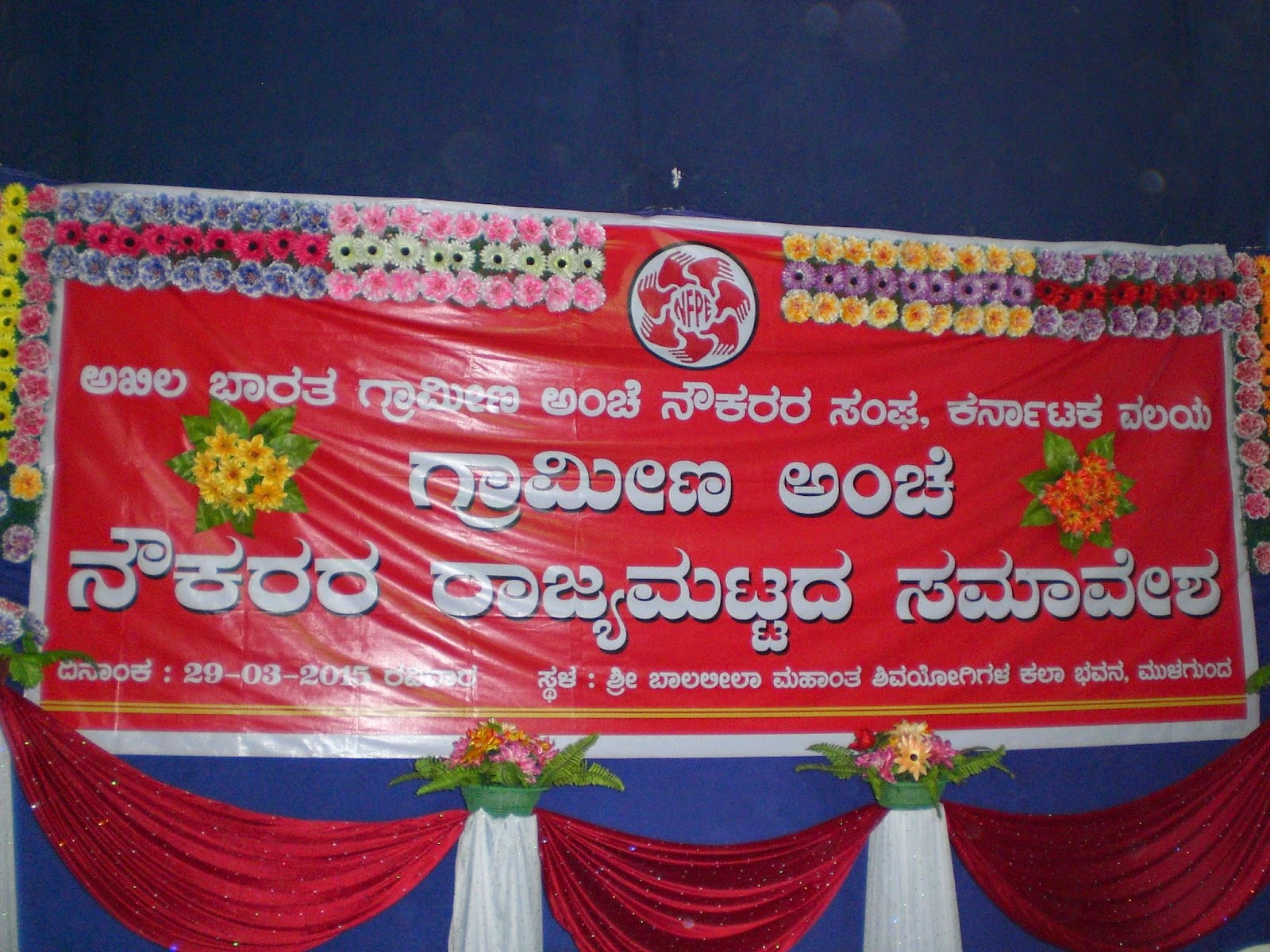 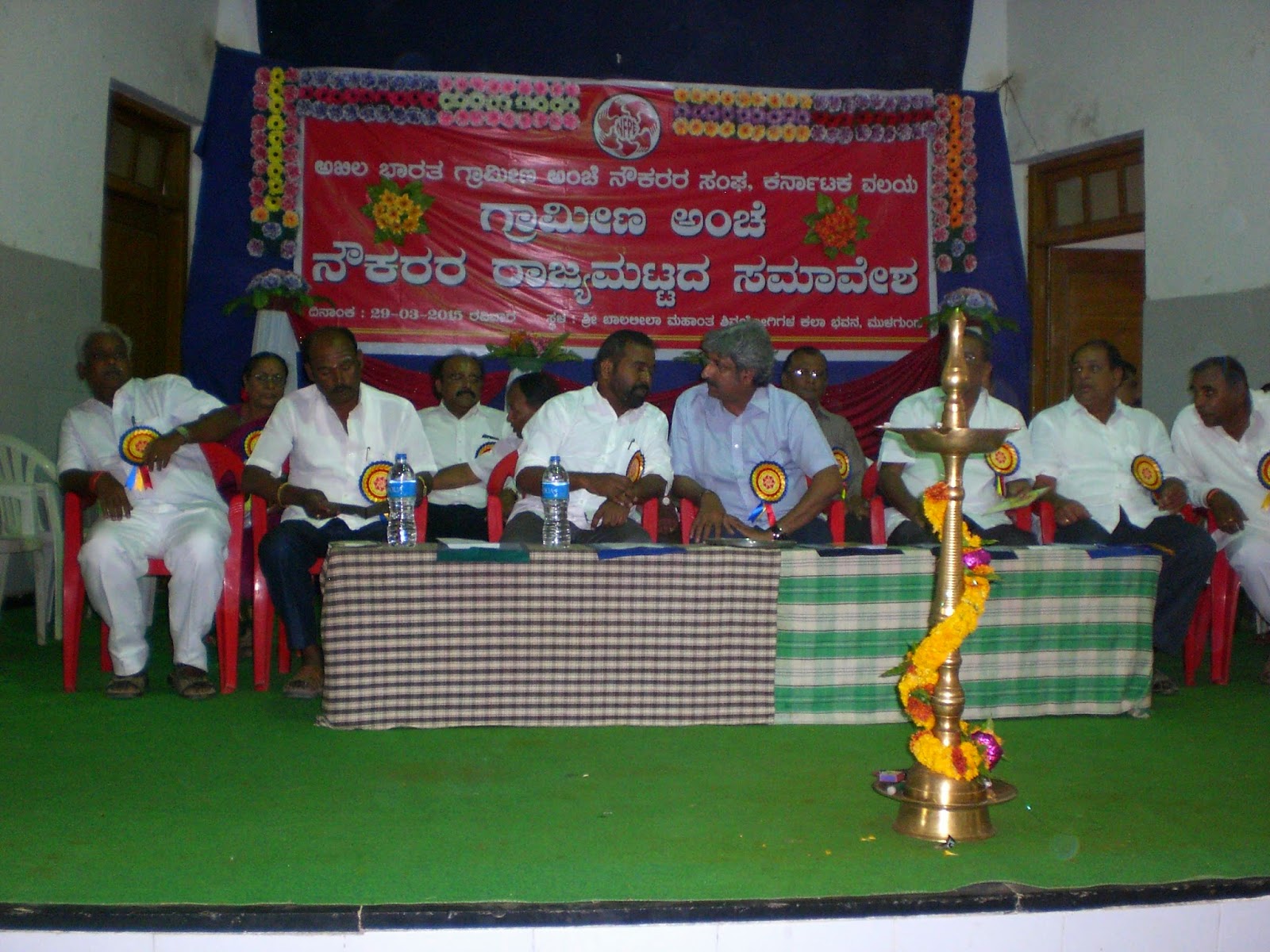 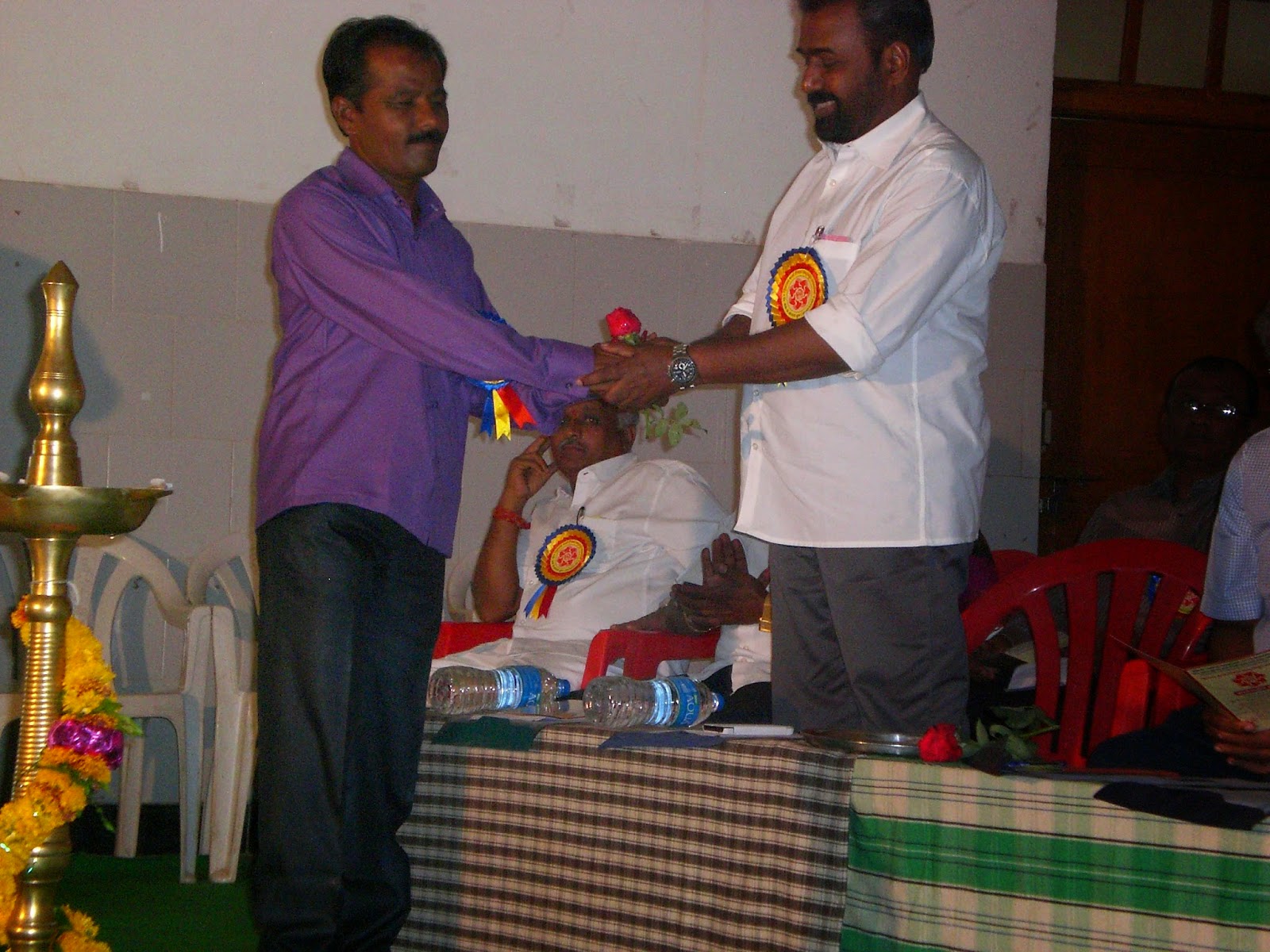 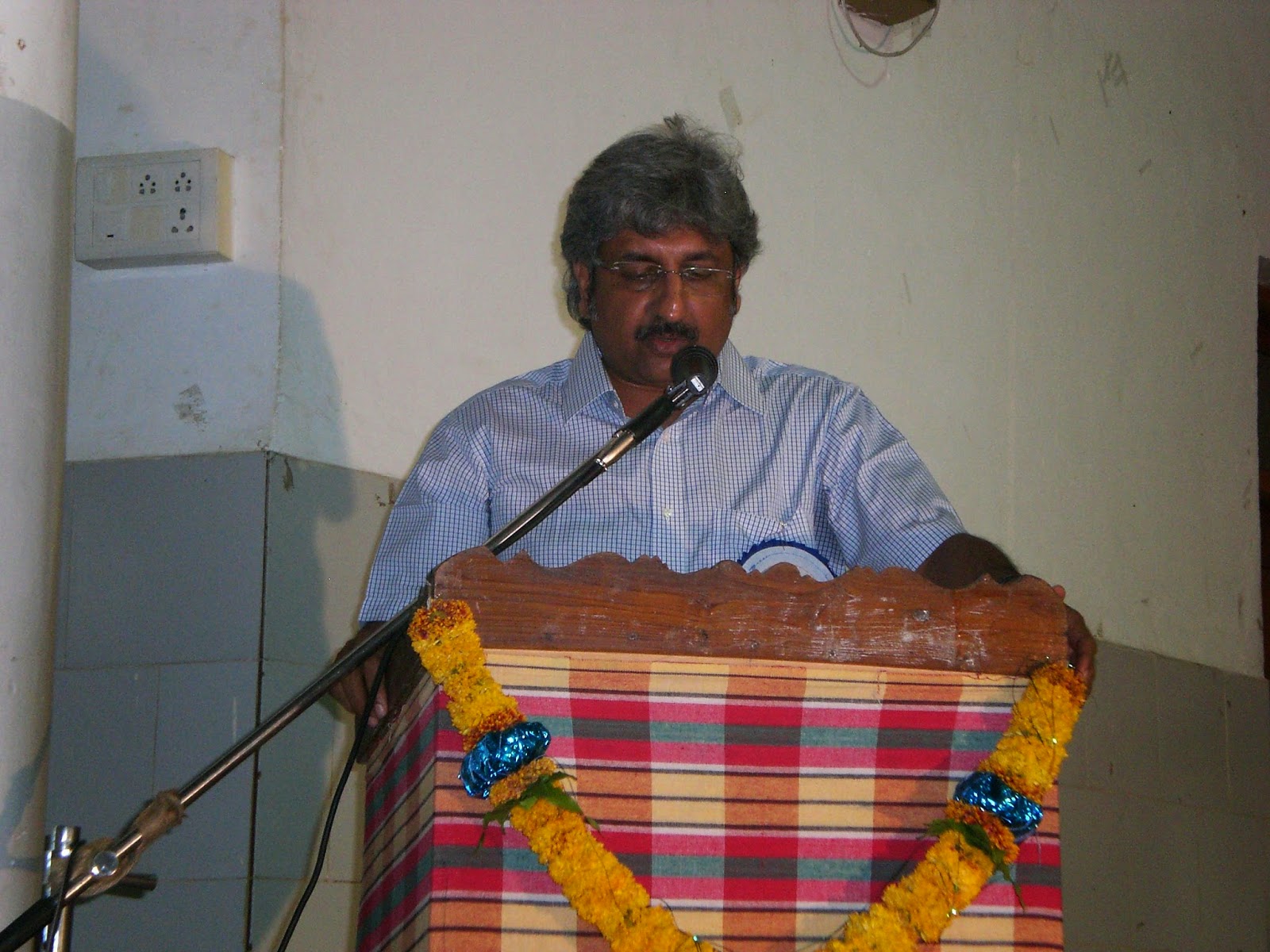 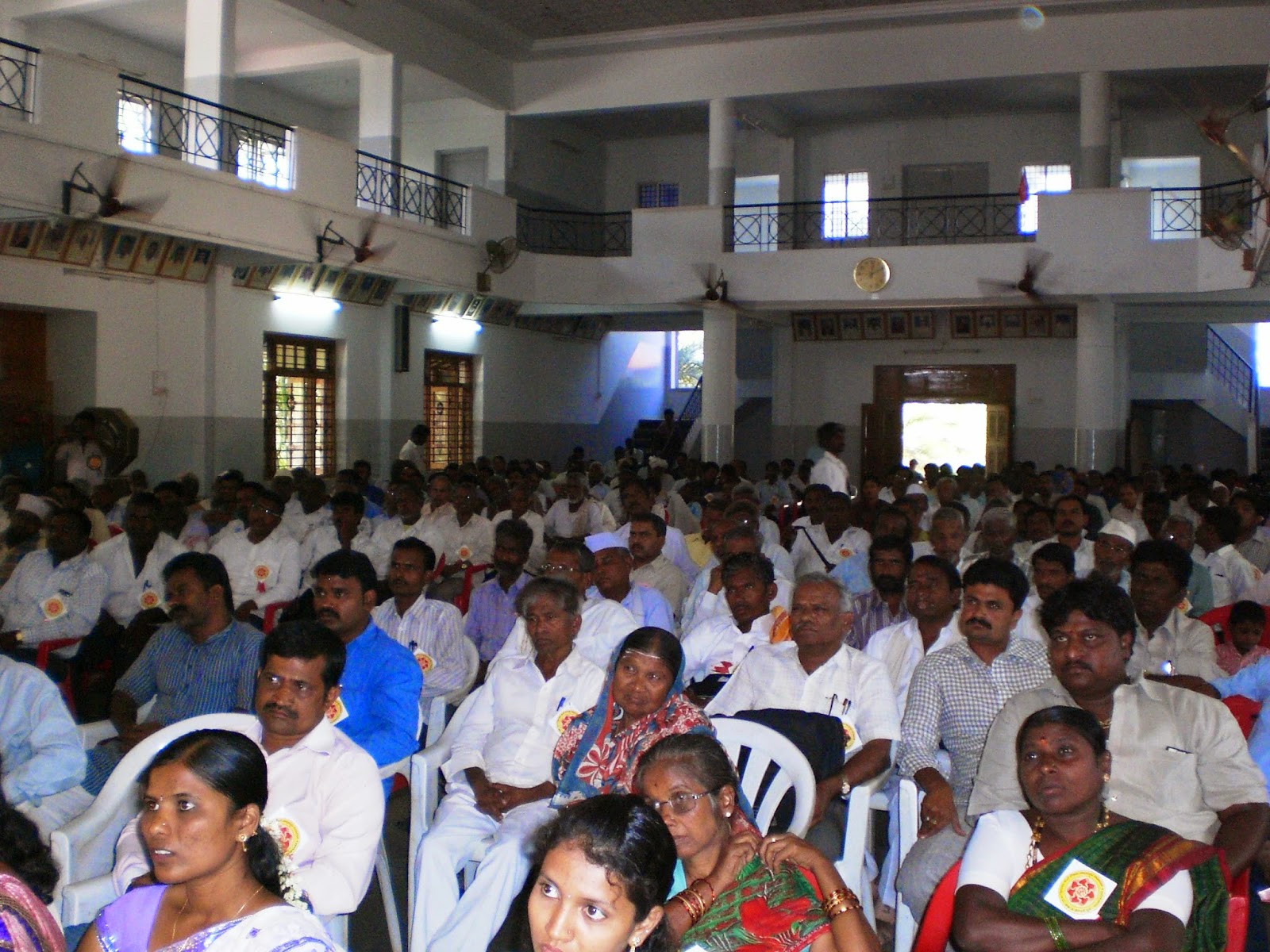 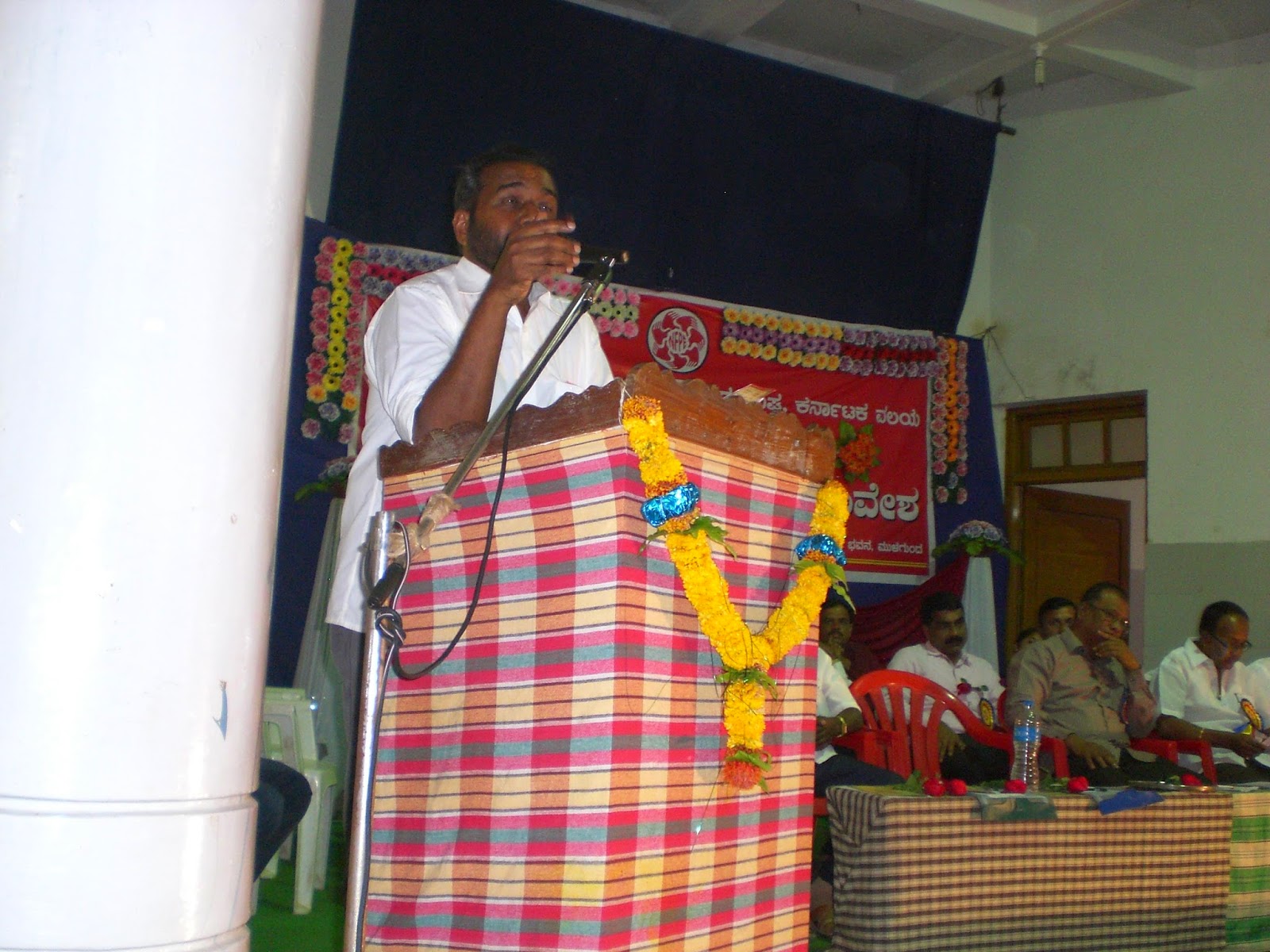 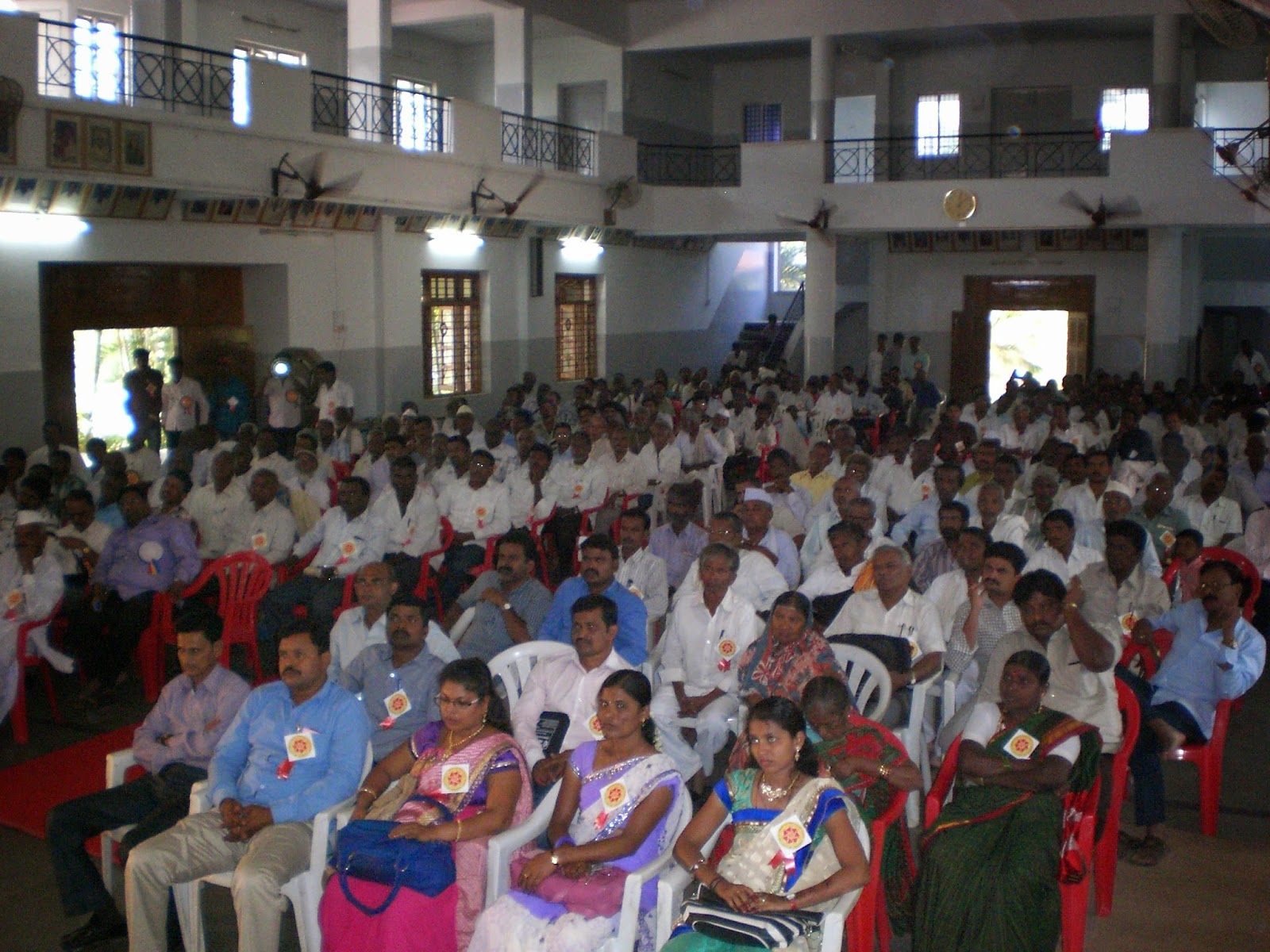 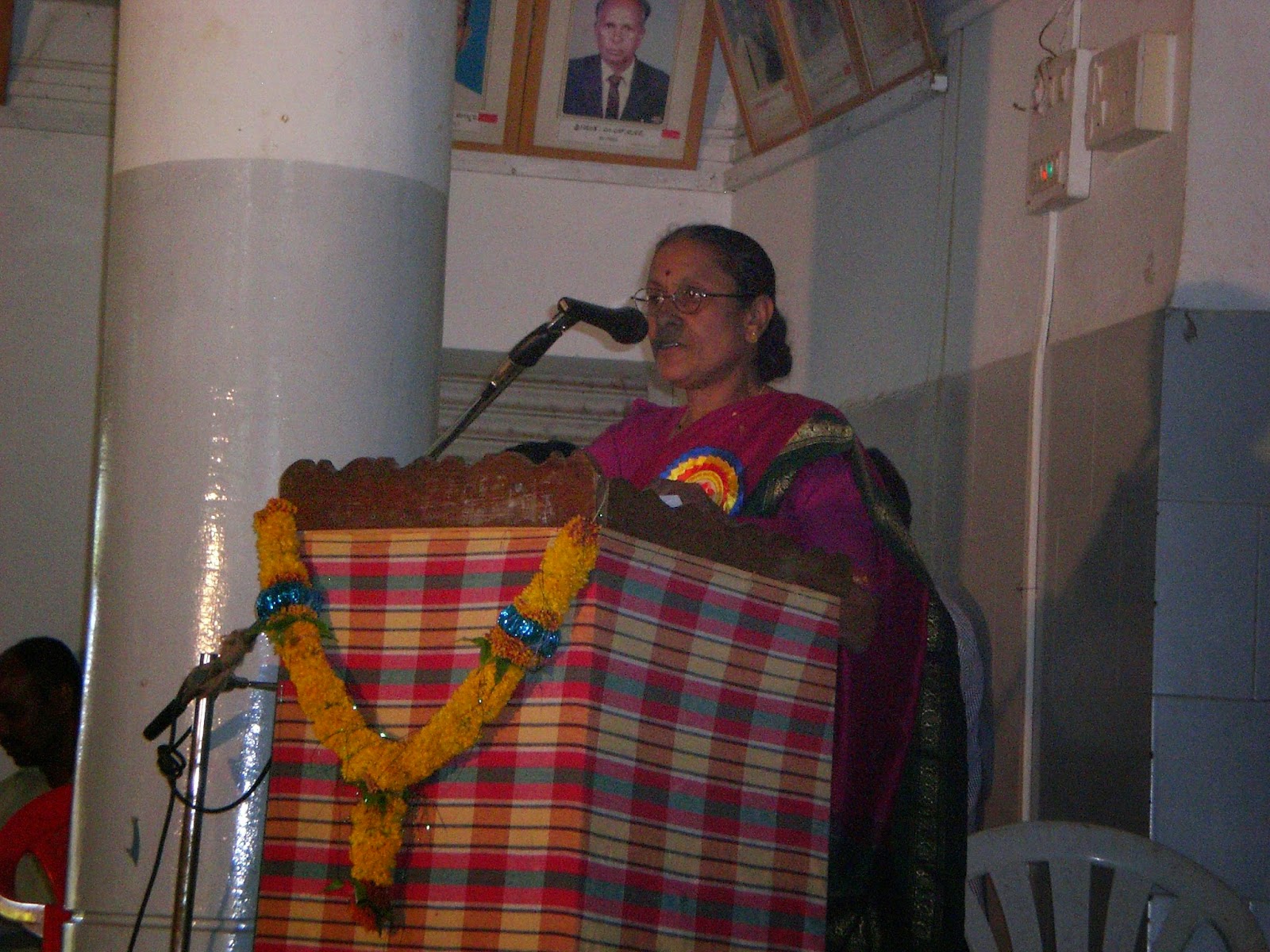 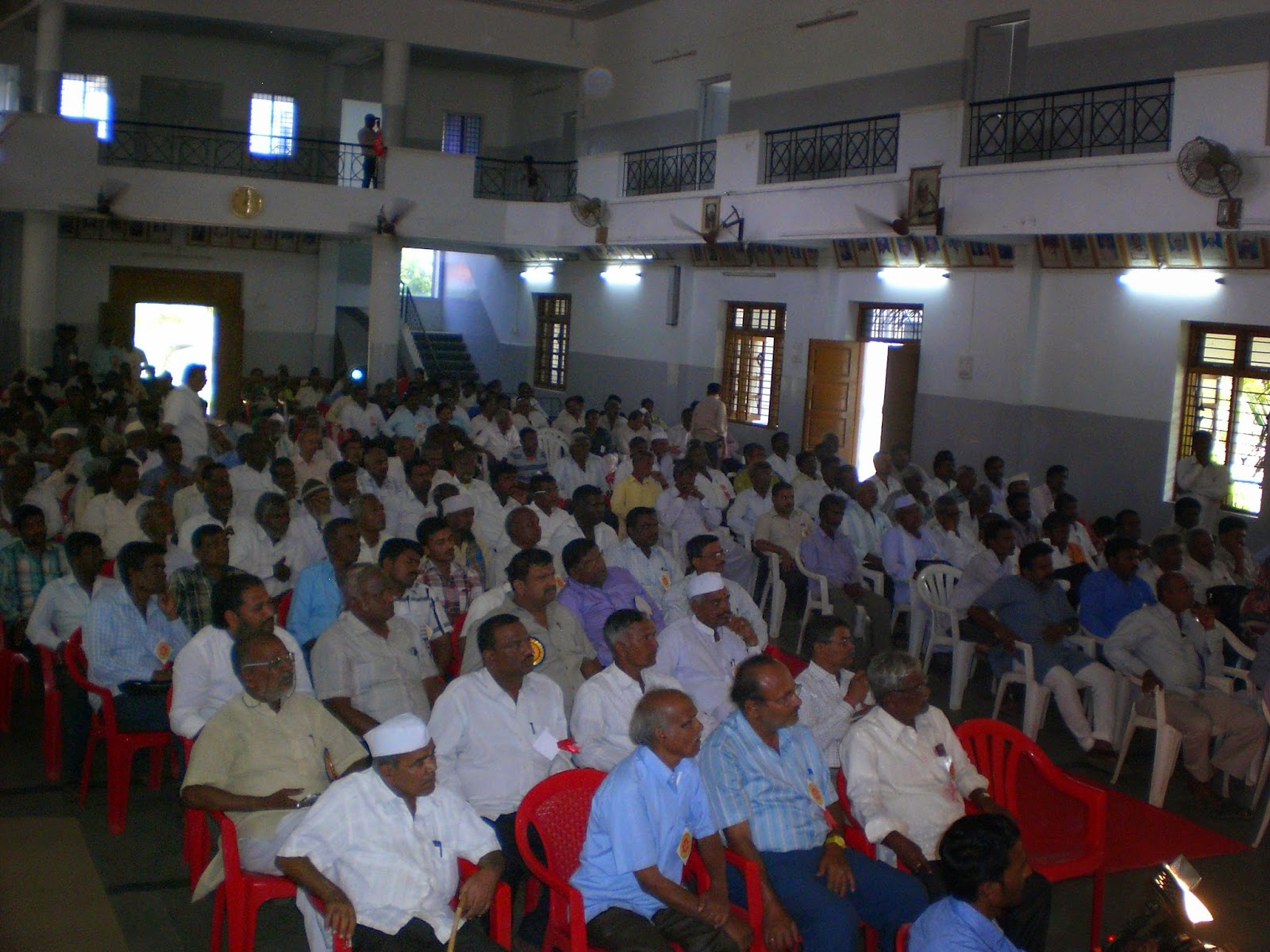 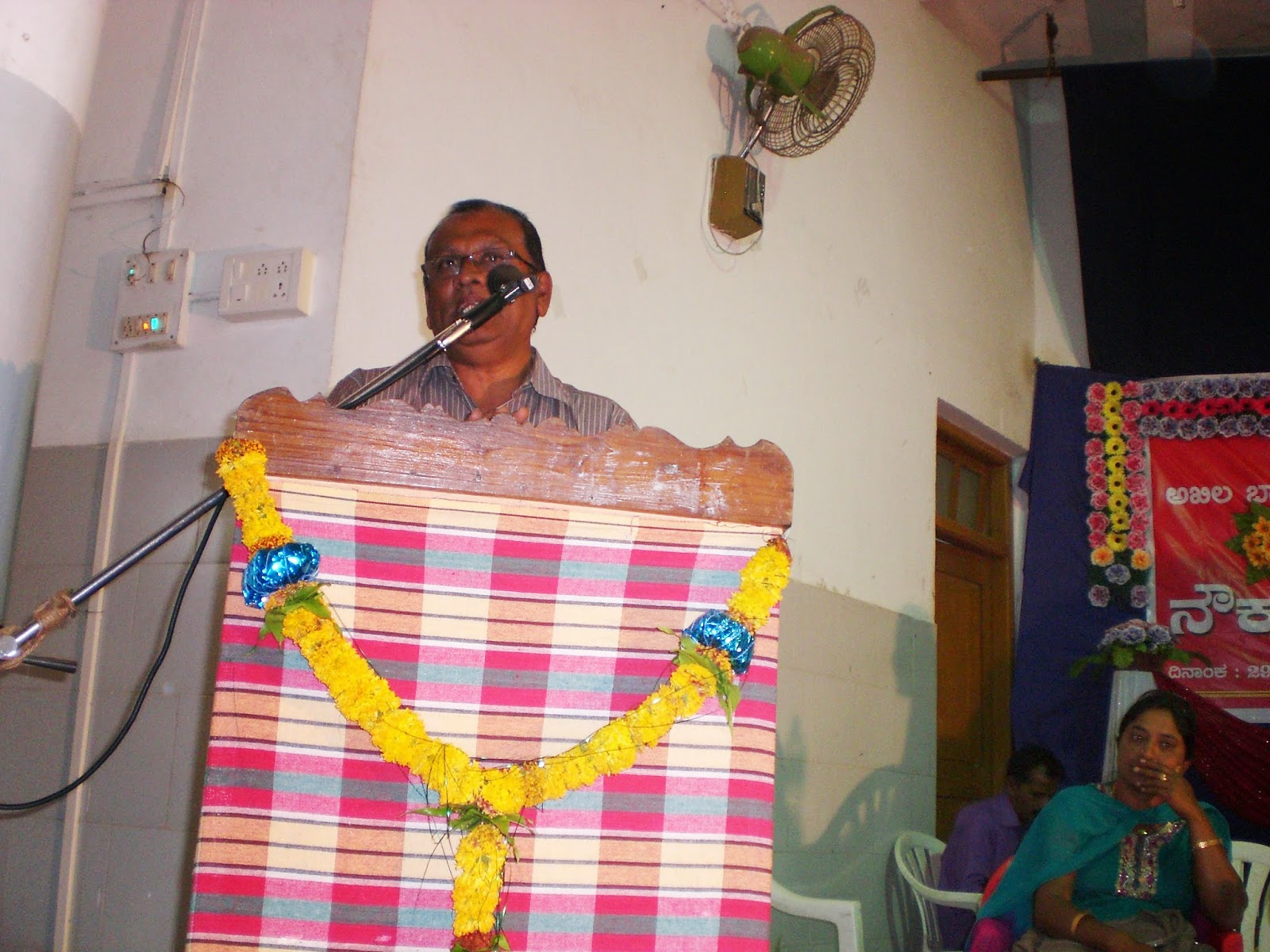 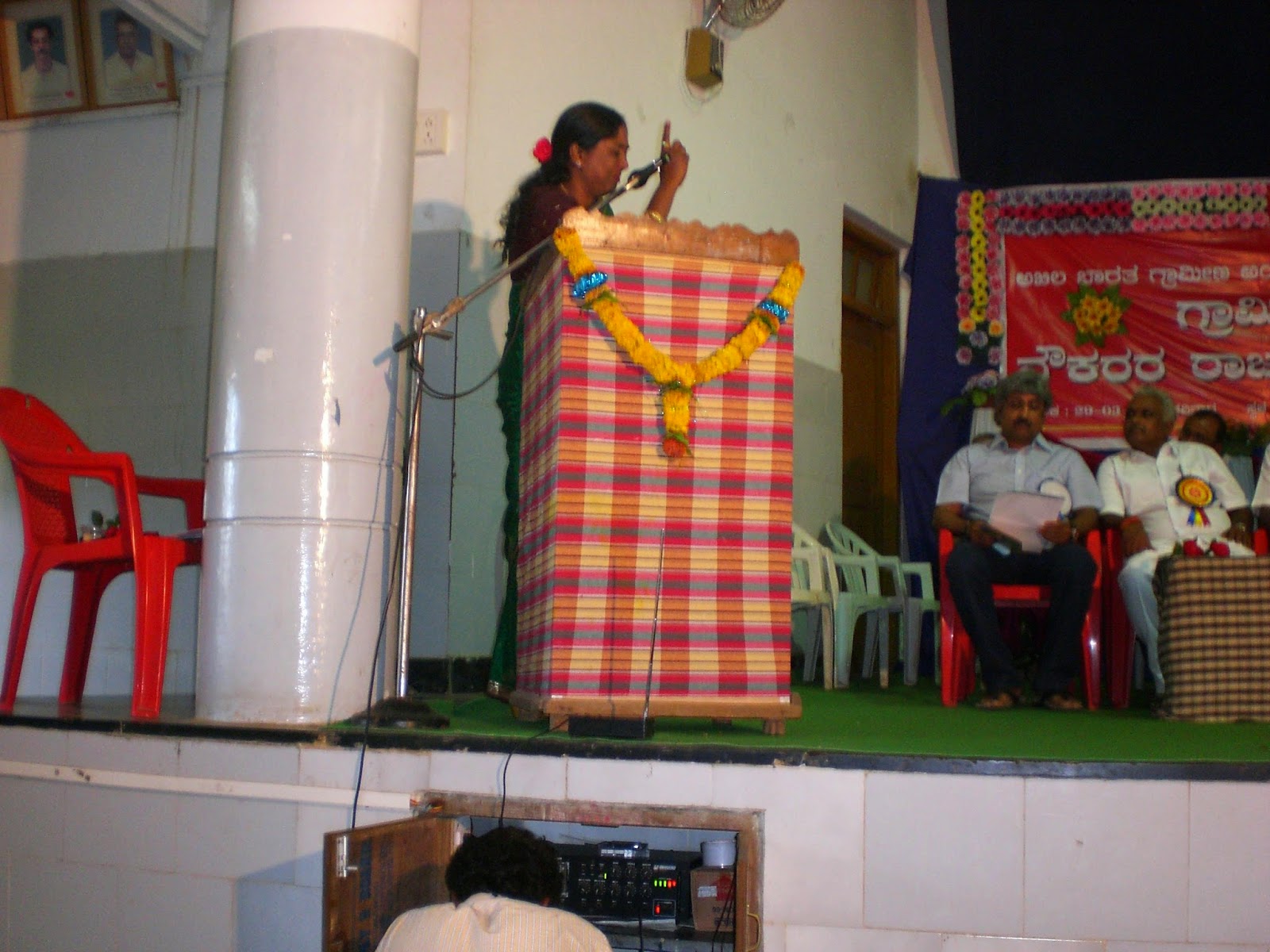 TRANSFER & PLACEMENT COMMITTEES IN THE DoP FOR RECOMMENDING TRANSFERS / POSTINGS OF THE OFFICERS / OFFICIALS OF THE DEPT. 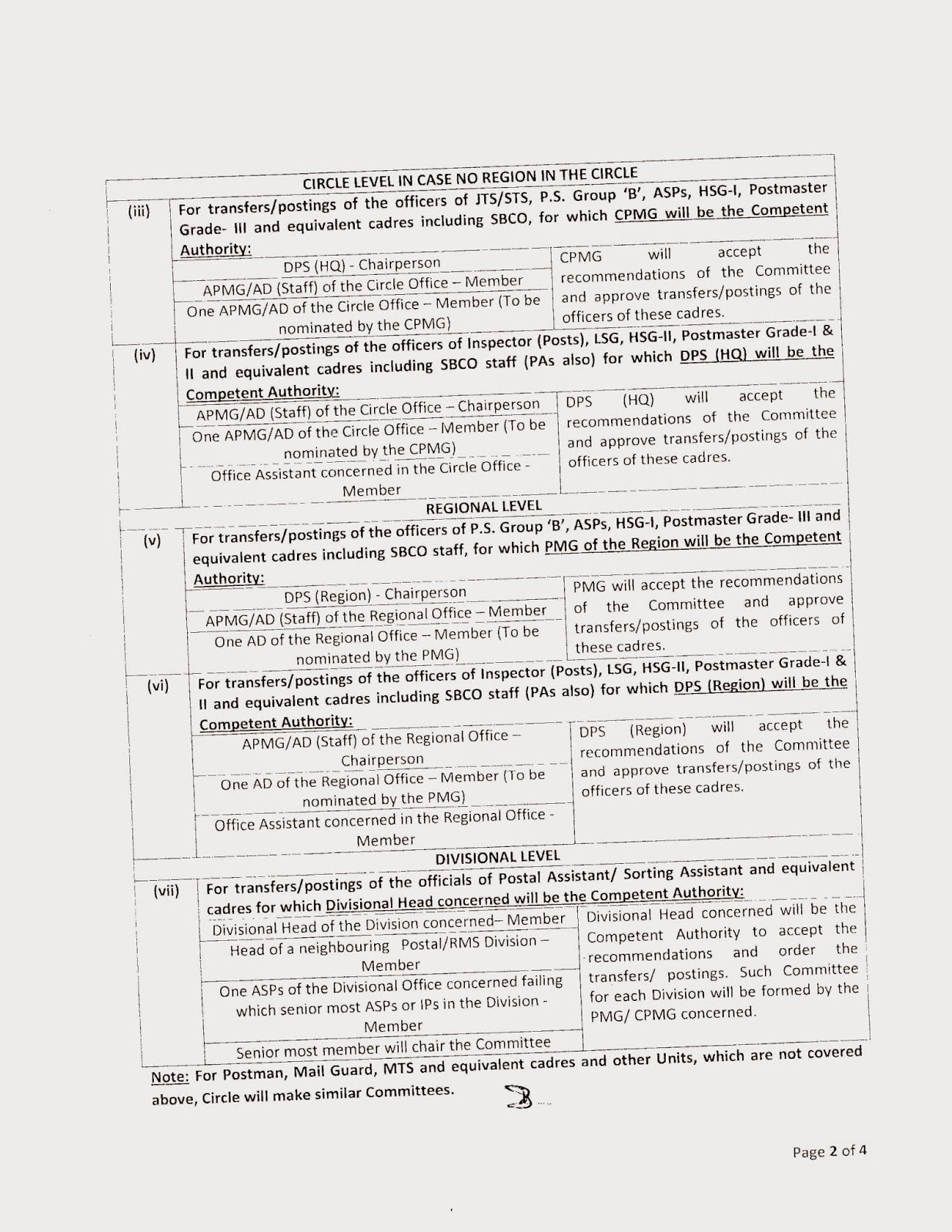 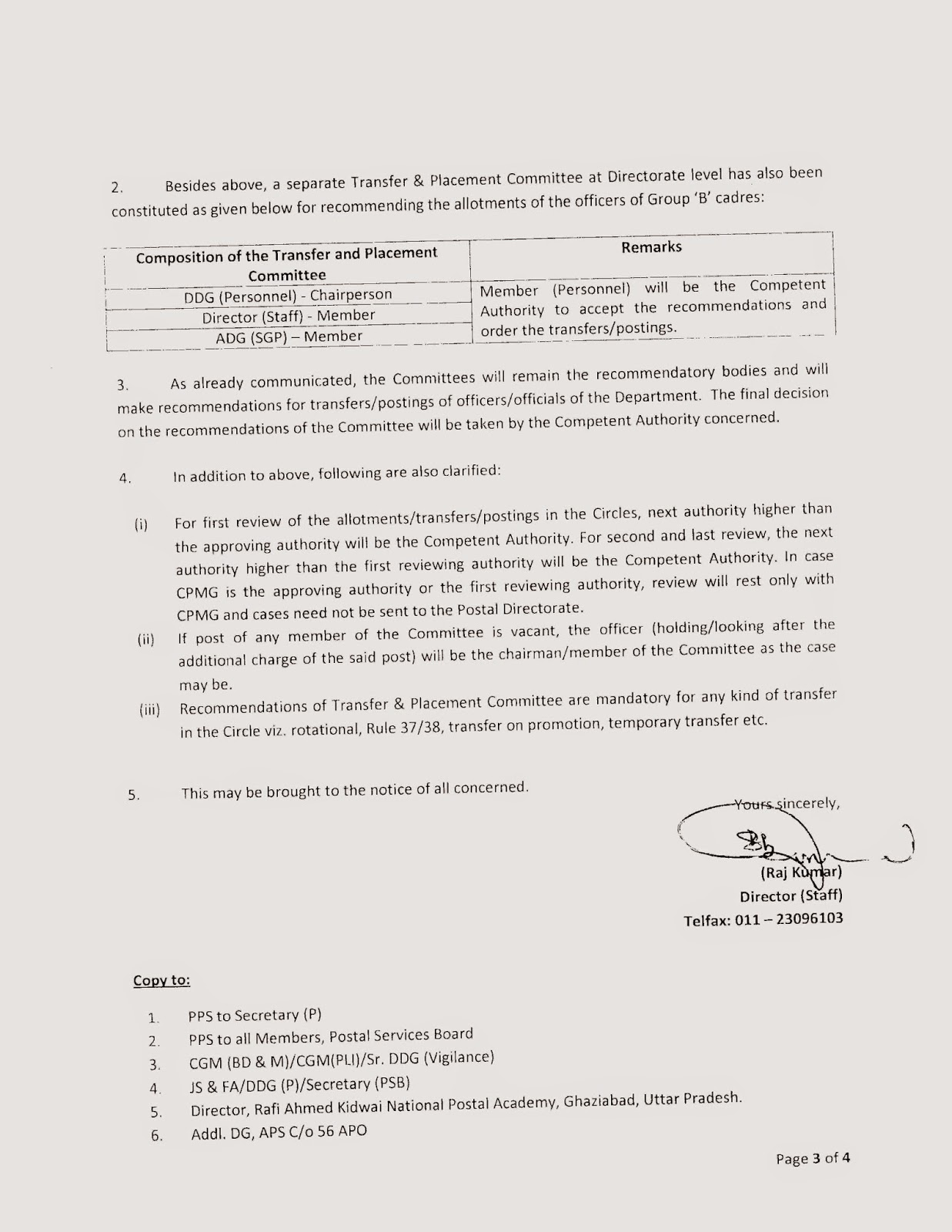 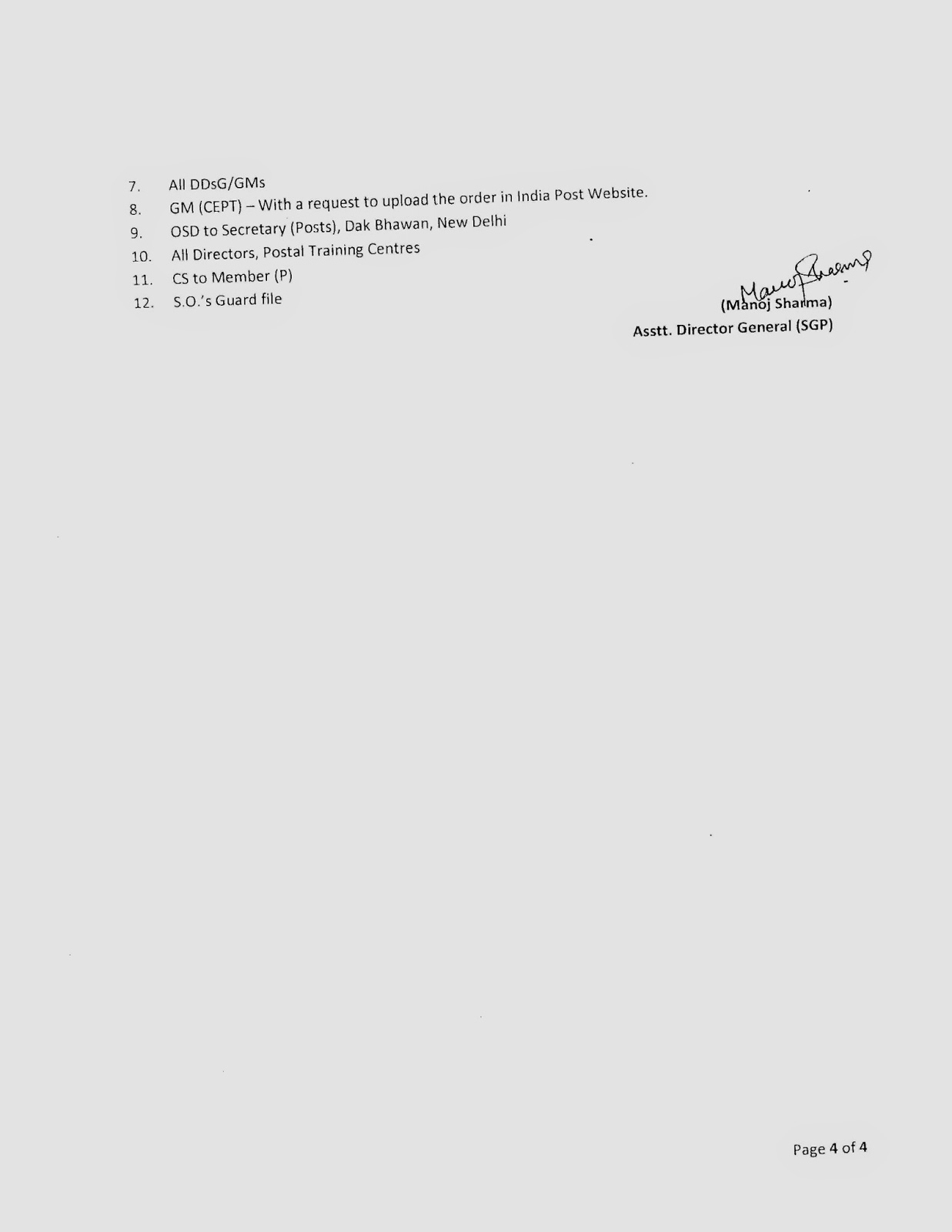 DIRECTORATE ORDERS FOR PAYMENT OF SALARY BY CASH ALSO

Posted by P. Pandurangarao at 8:25 PM

After Modi Government coming in power, every Central Government employee including postal employees were expecting that “Achchhe Din” (Good Days) will come to them as assured by Shri Narendra Modi and other senior leaders of BJP during election campaign. They were expecting 50% or 100% DA merger  with Basic Pay , 25% Interim Relief, enhancement of limit of Income Tax exemption upto 5 lacs, filling up of all vacant posts so that the existing over burdened employees may get some relief and  some other facilities. But now every employee appears to be disappointed and realizing that he has been cheated. Within these ten months no action of Central Govt. appears to be in the interest of working class.

Some employees were very much hopeful about the budget and they were expecting that the income tax limit will be enhanced. But after budget they are also more disappointed as no relief has been granted in this regard. From the first day of this Govt. every decision whether it is Labour Laws amendment, FDI in Railways and Defence, disinvestment of public sector , grant of 6000 Crore Rupees loan to Adani  to purchase coal mine in Australia , amendment in Land Acquisition act have been taken for the interests of Corporate Sector. A promise of deposit of Rs. 15 lakh in the account of each citizen after bringing back black money from foreign banks has also been declared by BJP President as Election stunt (Chunabi Jumla) so now every citizen is disappointed . On the other hand corporate tax has been reduced  from 30% to 25% . Concession about 5.9 lakh crore has been given to corporates while the service tax has been increased from 12.36% to 14% which will effect common man.

Against all these so called neoliberal economic reforms and anti people, anti farmer, anti working class policies, all sectors are on agitational path.100%FDI has been declared in Railways and 41 Govt. Ordinance factories have been declared for disinvestment to hand over to corporate sector. In Postal Department also Task Force Committee has recommended corporatization of various services.

National Council JCM of all Central Government employees’ organizations has taken decision of Parliament March on 28th April-2015 in which the date of indefinite strike will be announced against these policy offensives of Central Government and to achieve genuine  demands..

Postal Joint Council of action has declared series of agitational programmes which have been successfully conducted everywhere. Now decision has been taken in PJCA meeting held at NFPE office New Delhi on 24th  March -2015  to intensify the agitational programmes. In this series after Parliament March by NC JCM on 28th April-2015, a grand Dharna will be organized by the All India leaders of both Federations on 29th April-2015. From 5th April to 15thApril-2015  vigorous campaign will also be launched to mobilize entire rank and file to make the indefinite strike  from 06th May 2015 a historic success so that the Govt, may be forced to reconsider and to take  back all these neoliberal economic policies which are totally against the working class.

NFPE appeals to the entirety of Postal, RMS and GDS employees to intensify the struggles to make all the programmes grand success and to resists these policy offensives and to achieve “ACHCHHE DIN” (GOOD DAYS).

Simple Demands lead to one day strike on 26.3.2015 at Tamilnadu Postal Circle  due to evading attitude of the Circle Administration .

Despite the earnest efforts made by Tamilnadu NFPE COC , all CHQs and NFPE to have negotiations across the table with Tamilnadu NFPE COC,  the Tamilnadu Circle administration was reluctant and replied that they would discuss  on the issues only by  second  week of April 2015.

Even they were reluctant in attending the Asst Labour Commissioner (Central) office for conciliatory talks. Despite of summoning the DPS HQ in the afternoon of 25.3.2015,  no body turned up for  discussions.

Even after issuance of the strike notice, even after  serving notice by the Asst Labour Commissioner for conciliatory  talks, even after summoning of the decision making authority for negotiations by the ALC, the Tamilnadu Circle Administration has failed to respond ignoring the legal obligations.

Having no other go, all the 9 unions under NFPE in Tamilnadu Circle staged a powerful demonstration in front of O/o CPMG, TN at the close of 25.03.2015 and announced total strike throughout Tamilnadu on 26.03.2015 as notified earlier.

Now the reports received from Divisions/Branches / ranks /cadres /wings showSTRIKE is TOTAL in NFPE.  The avoidable Strike was forced on the staff side by the Postal administration of Tamilnadu Circle

Nobody is above law and it is the bounden duty of the Tamilnadu Postal Administration to invite the Tamilnadu NFPE affiliated unions for negotiations to sort out all the issues early.

RECOVERY OF PUBLIC MONEY INVOLVED IN LOSS AND FRAUD CASES .... 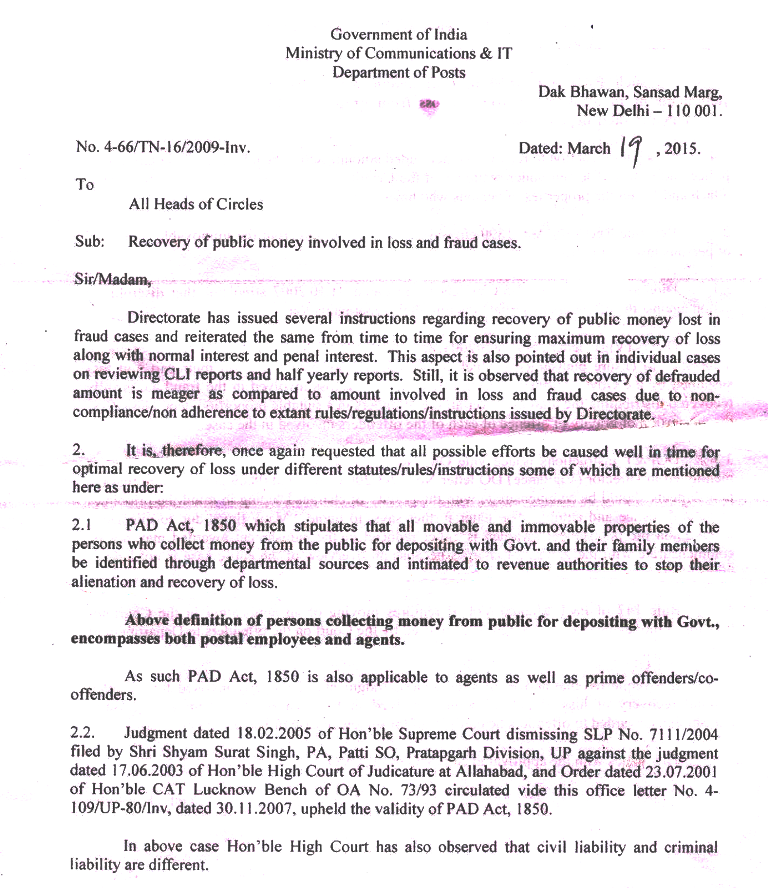 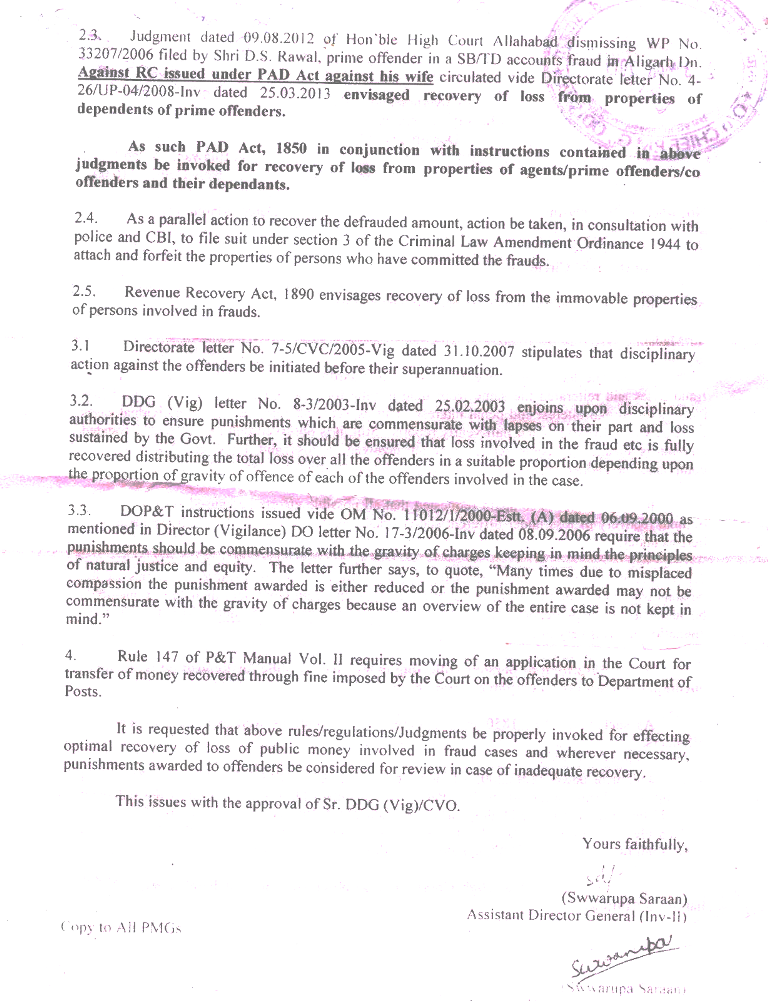 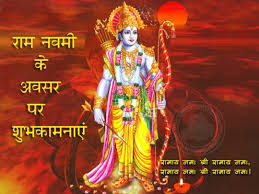 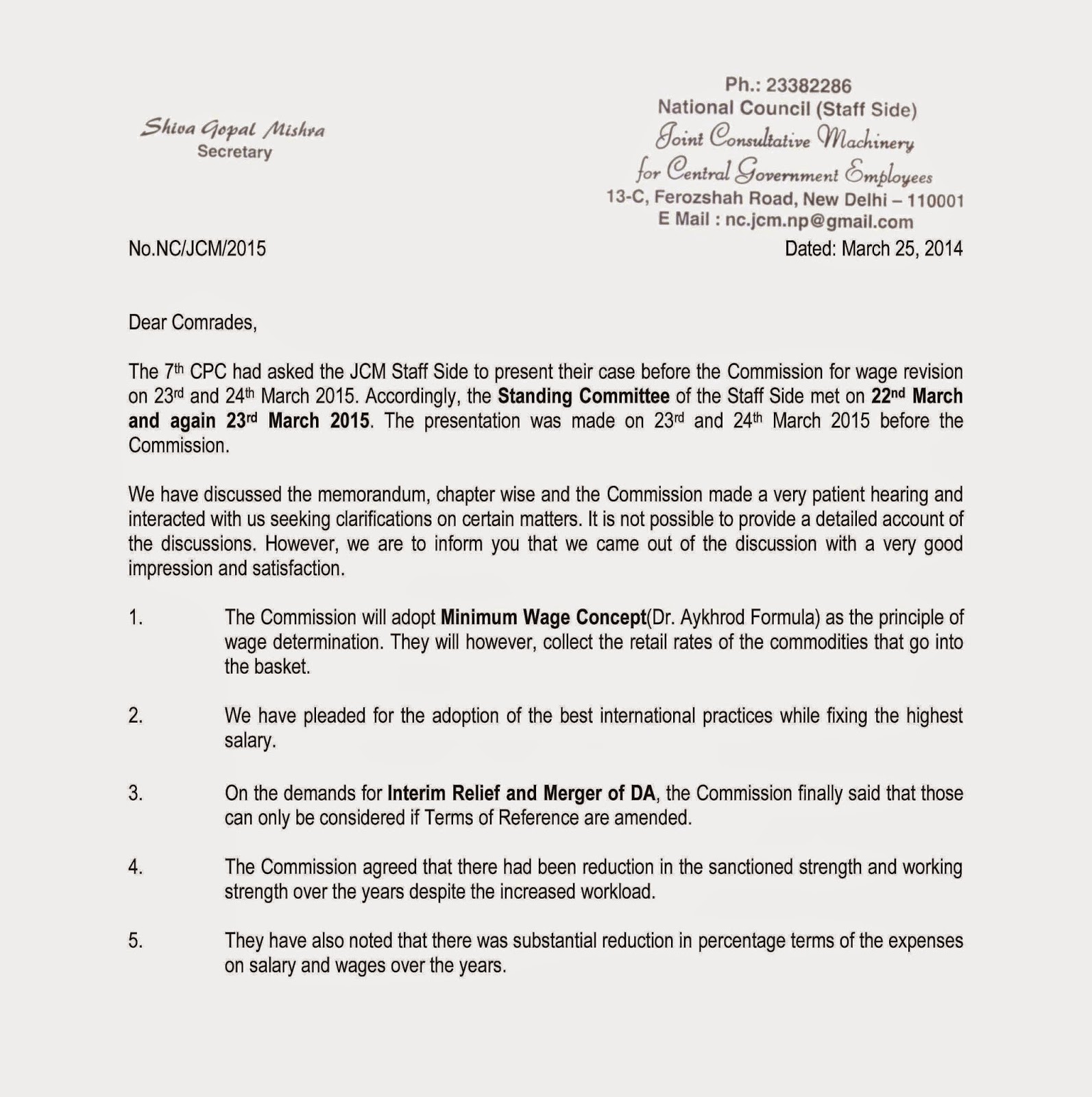 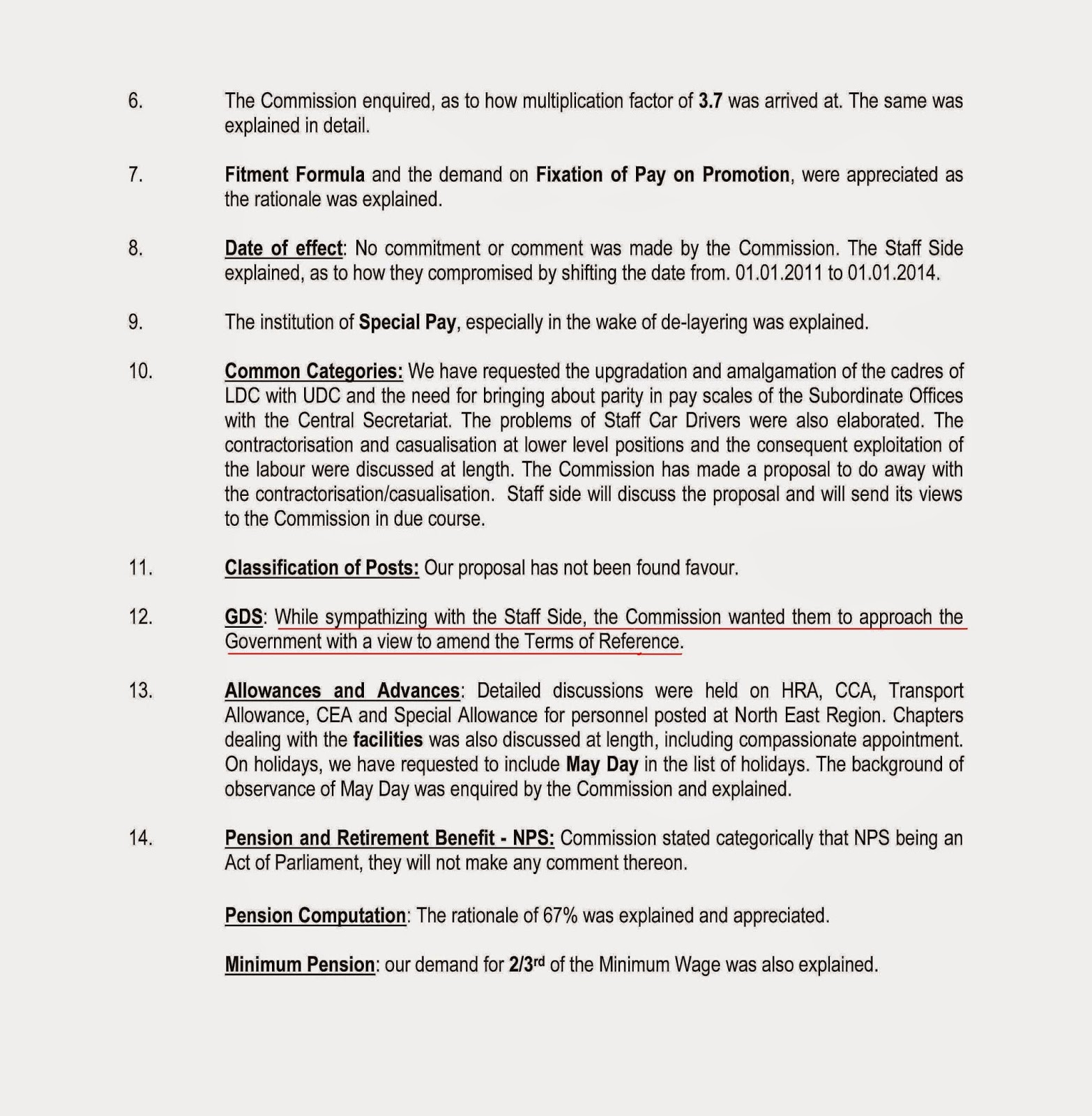 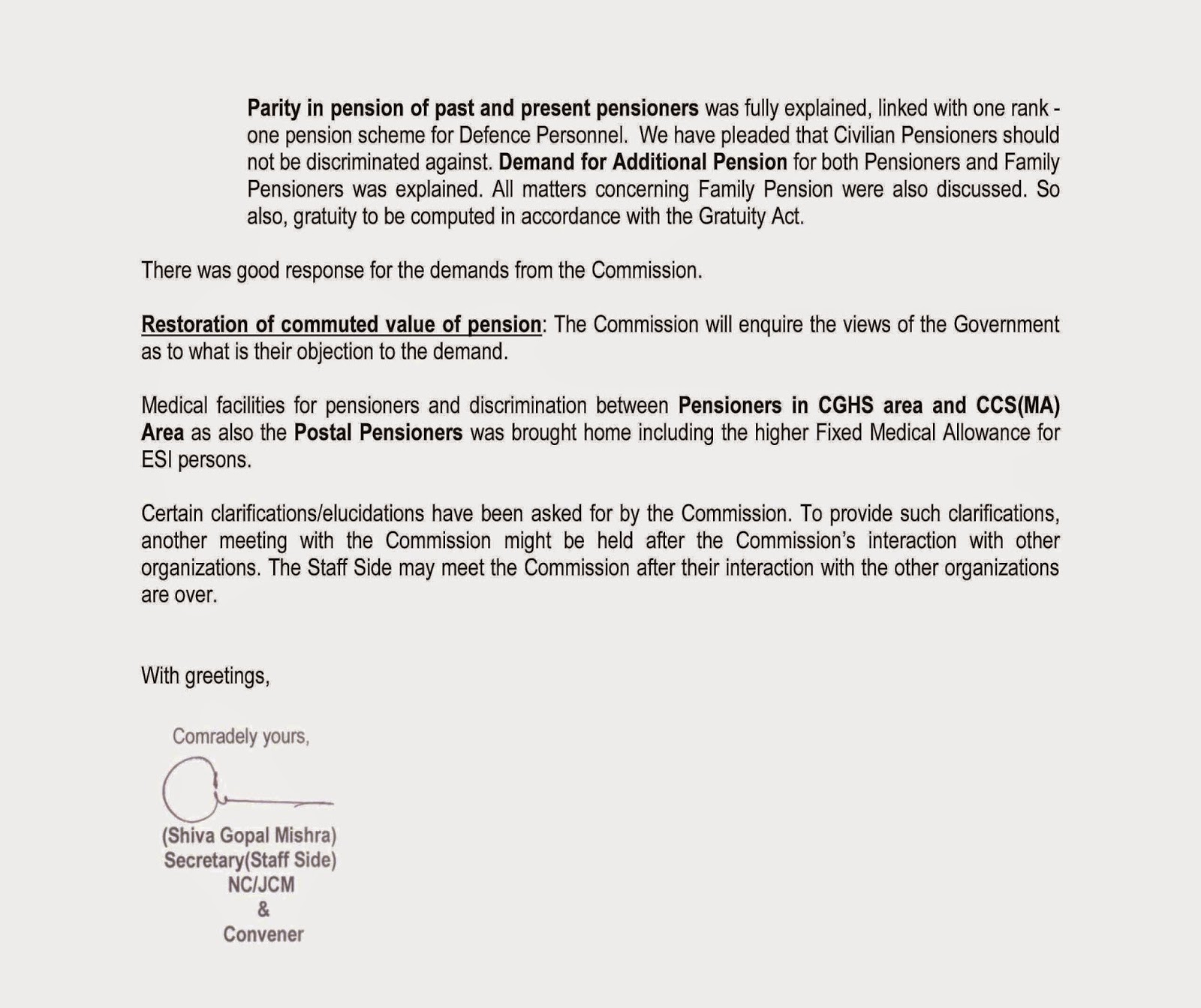 Posted by P. Pandurangarao at 2:31 PM