The Limited Departmental Competitive Examination for the vacant posts of Postman/MailGuard & MTS for the years 2011 & 2012 as per scheduled given in the Directorate letter dated 8th October 2012. 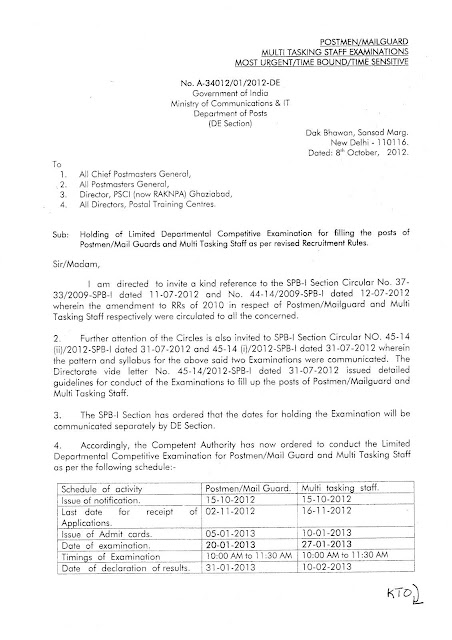 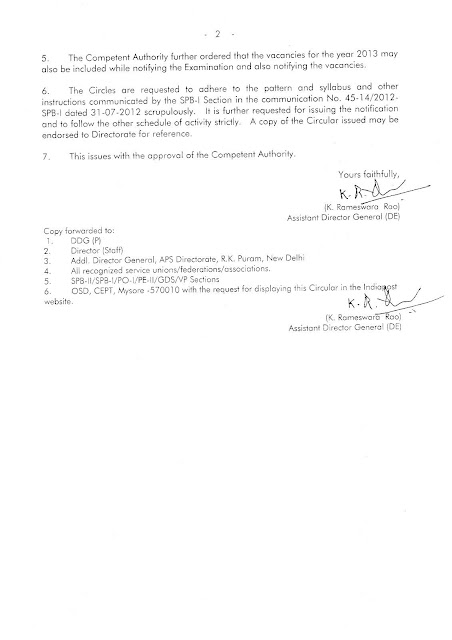 Posted by P. Pandurangarao at 7:04 AM