To
All CHQ officebearers,
All Circle Secretaries,
All Division & Branch Secretaries
Dear Comrades,

There are certain programs of action decided & directed to all by our  CHQ, NFPE and Confederation as well, viz.,

CHQ is requesting all the  Office bearers, Circle Secretaries, Divisional Secretaries to share their total responsibility in strict sense and issue circulars, posters, pamphlets in your vernacular language and ensure that all the information should reach all the members  in their divisions/circles.
Our GDS members also should participate in the
STRIKE BALLOT
on 25th, 26th & 27 of September 2013
along with our Departmental Unions and express their total positiveness towards the indefinite strike on our prime demands viz.,Departmentalization and inclusion of GDS issues in 7th CPC etc., which are also included in the 15 point Charter of Demands.
Please report the progress of work to assist you and enable all the programs in a grand success.
Follow the circulars issued by NFPE & Confederation for all details : 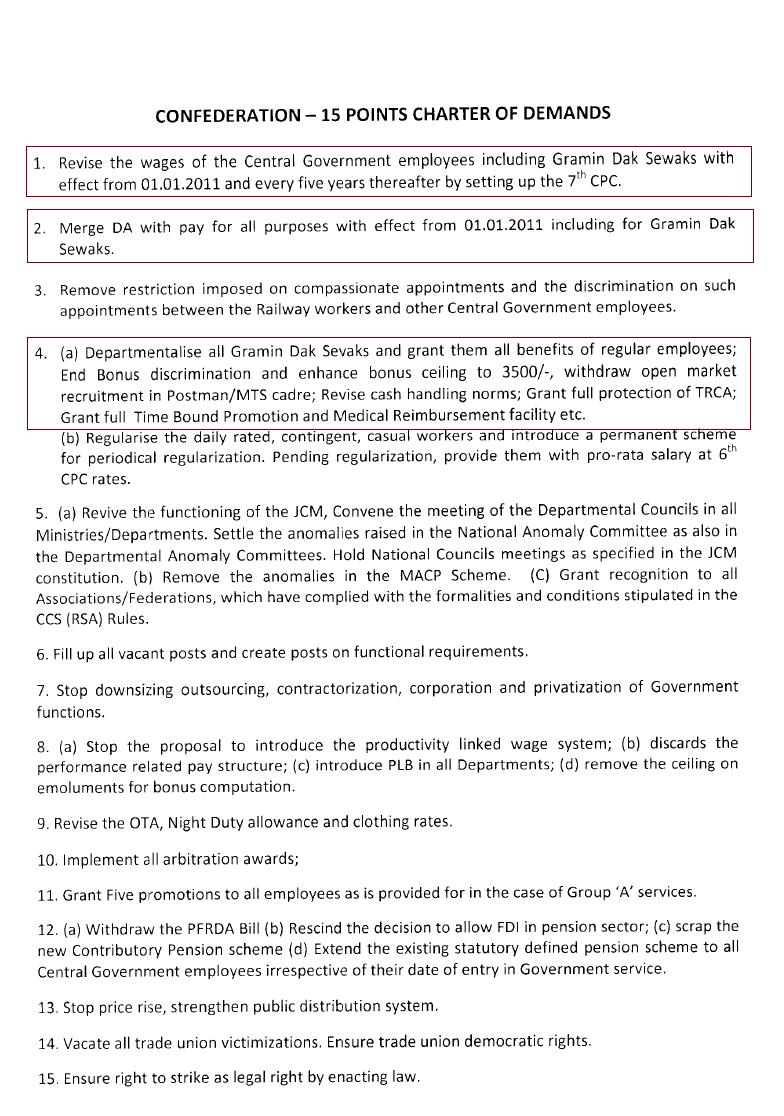