The 11th joint Biennial conference of AIPEU-Group 'C', Postman and MTS/GDS, Cuttack South Divisional Branch at Jagatsinghpur today held in Sanskruti Bhawan.
Com.R.N.Dhal, Chief Guest being invited as General Secretary, Confederation of Central Government Employees and Workers, Odisha and addressed especially on the topic" New Pension " as a loot and "Scrap NPS-restore OPS"and demanding Pension for all including GDS under CCS (Pension) Rules,1972 and covering many thinks on the present scenario of the country.
Also briefly high lighted the demands of the All CTUs / Confederation of Central Government Employees and Workers as well as the postal employees demands / Pensioners and called upon all to participate in 8th January 2020 One day nation wide general strike against the Anti workers, Anti people and Anti nation policies of this Union government and to save our constitution - save our nation.
Called upon all to join in en masse and make it a grand success. 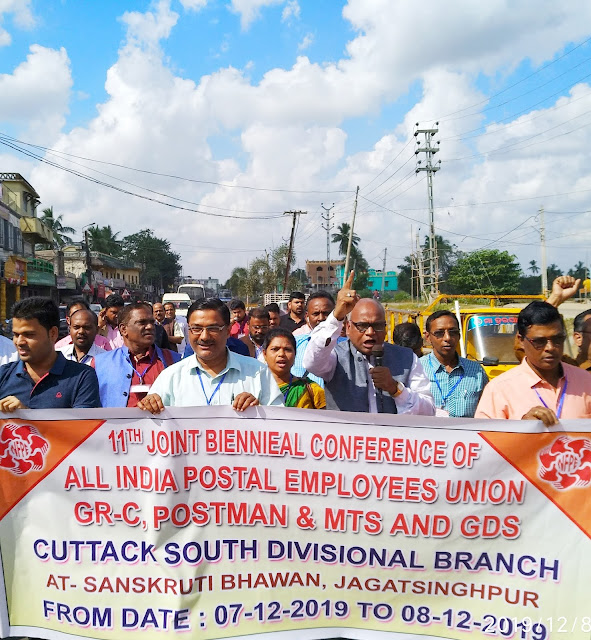 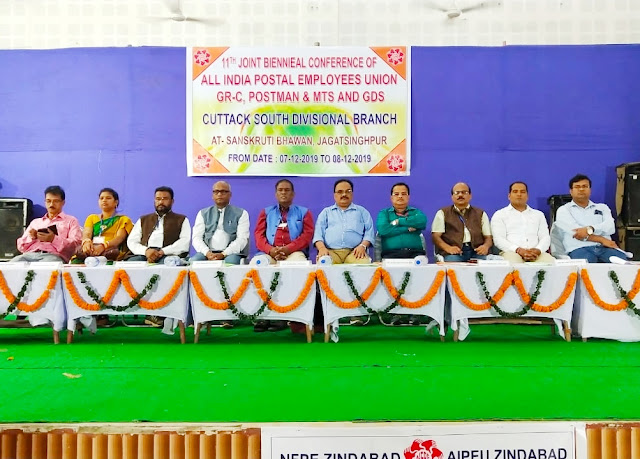 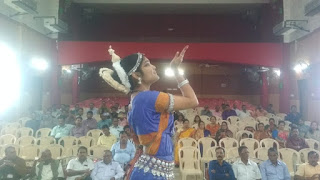 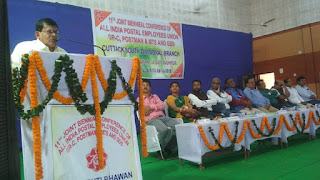 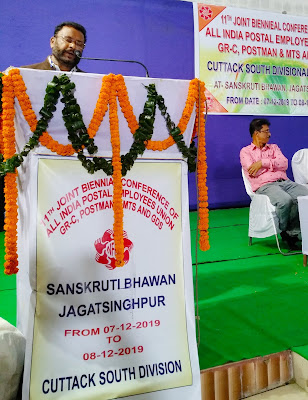 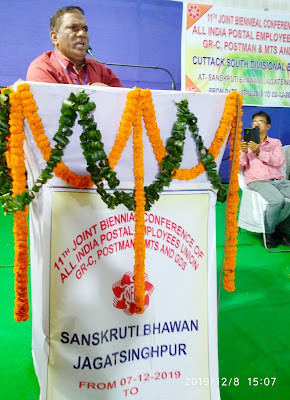 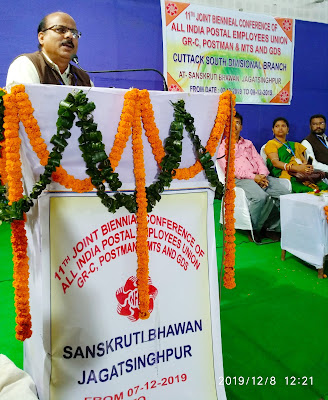 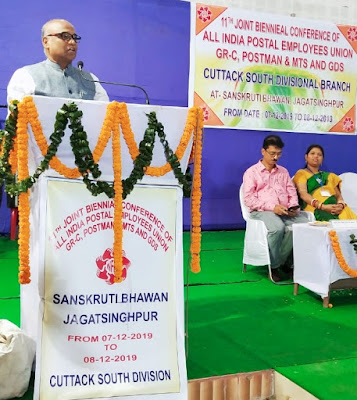 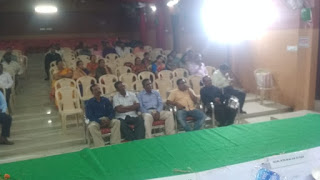 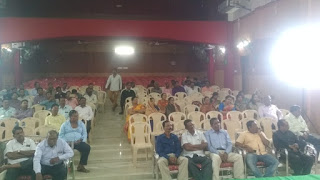