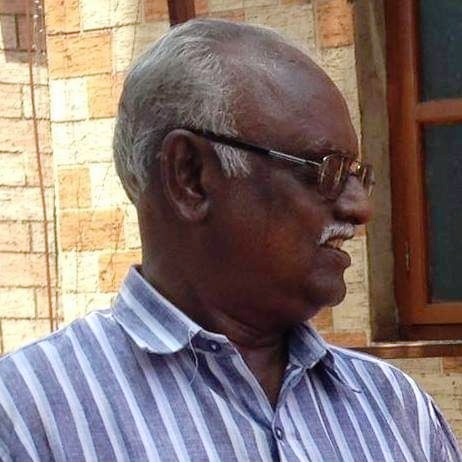 Com.Yerramsetty Nagabhushanam (YN), belongs to Guntur District of Andhra Pradesh, a very familiar leader of NFPE and well known person to all postal circles. He is a principled disciple of Com. Adinarayana. He worked in many capacities in R-III (AIPEU RMS & MMS GrC) Union as Circle Secretary, Circle President, Working President (CHQ), RJCM leader in his career up to retirement. Immediately after retirement he became the Working President of AIPCPCCWF (Casual Labour Union) and Circle Secretary for A.P Circle. He was also the Circle Secretary of AIPRPA, A.P Circle.
He had taken up disciplinary cases of Departmental Employees and GDS as well and succeeded in many number of cases. A commendable knowledge in CCS (CCA) Rulings and their application is spontaneous in many conversations & meetings with Administration.
Recently he attended NFPE Federal Executive meeting held in Bangalore (13-02-2021) and presented the issues of casual labourers to the NFPE leaders. After that he attended the Circle Conference of P4 union, Simhachalam, A.P Circle and addressed. He organized the condolence meeting of Com. M.Krishnan on 01-03-2021) there itself in the premises of conference hall.
Ever smiling, louder voice, simple looking, cheerful in all occasions, loved by many people, having the quality of timely action and presence of mind all these covered all common weaknesses in his personality & character.
We never forget about his services & advises personally and also to the AIPEU GDS Union and always recollect the memorable occasions spent with Com.YN. We lost one of the committed & dedicated leaders of NFPE during this Corona pandemic.
With deep grief and sorrow, untime demise of Com.YN which is shocking to many of us, paying tributes to the departed soul and condolences to the bereaved family members.
=P.Pandurangarao
General Secretary
AIPEU-GDS
Posted by P. Pandurangarao at 10:59 PM