A copy of Modified Table of Benefit in respect of EDAGIS-1992 & GDSGIS-2010 is reproduced below for the reference of concerning officials.

Most of the cases of EDAGIS & GDSGIS are kept pending for so many months and even some times years together with so many reasons best known to the competent authorities in almost all Divisions. Some times it is not hesitate to say totally ignored such benefit to the EDA / GDS also.

The subscription has been increased and opted  @ Rs.50/- per month or remained @ Rs.10/- per month with the apportioned benefit of Savings amount with certain rate of interest accumulated  would be payable at the time of Retirement / Resignation / Promotion / Death (to the successors) .

The rate of interest is accordingly modified at certain intervals and intimated by the competent authorities for the benefit of the subscribers. 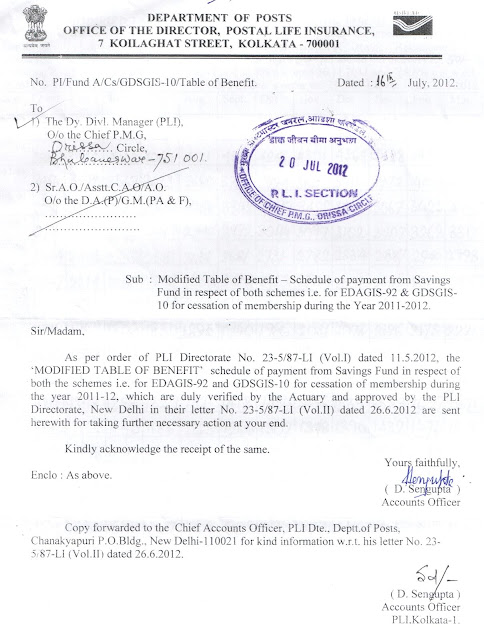 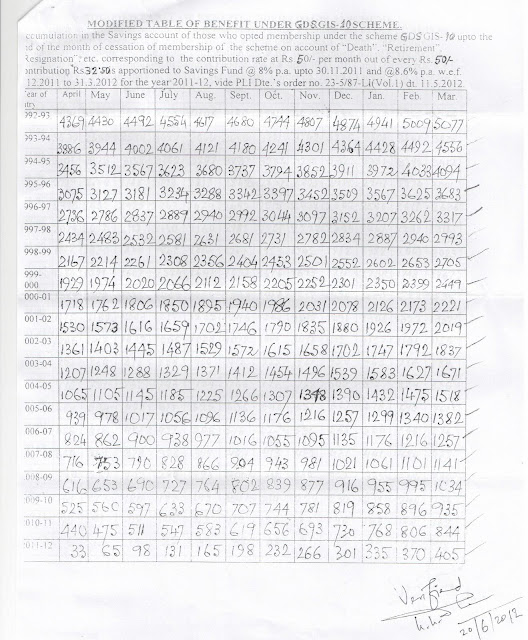 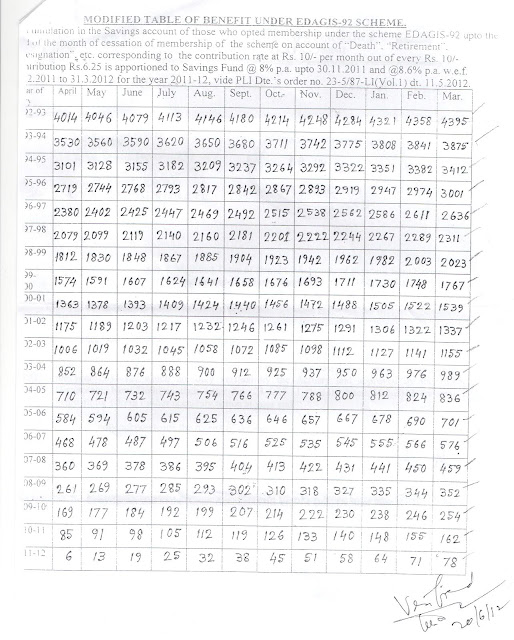 All the GDSs who are the subscribers of this Group Insurance Scheme (1992 & 2010) is requested well aware of the Scheme and deemed to get the benefit well in time.
Posted by P. Pandurangarao at 11:24 PM