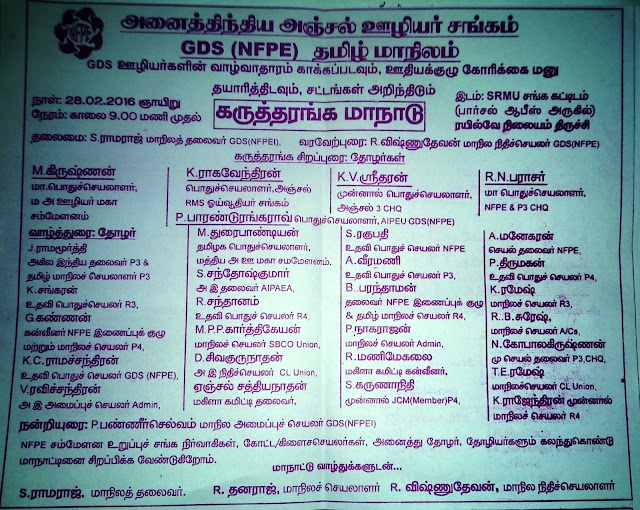 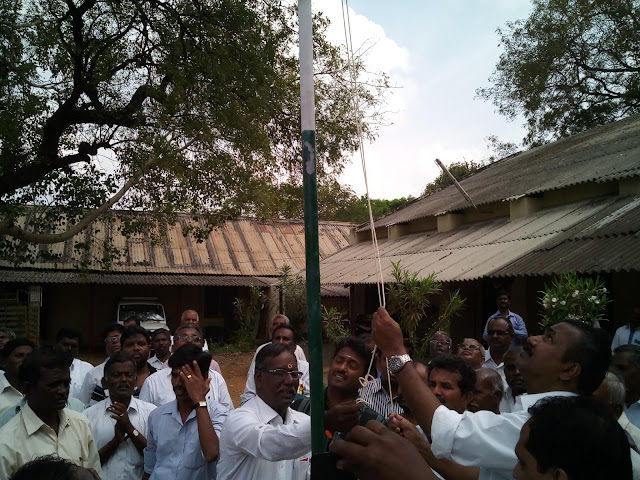 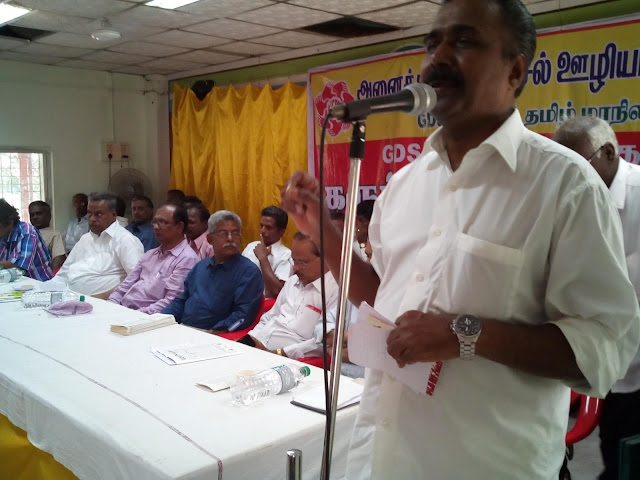 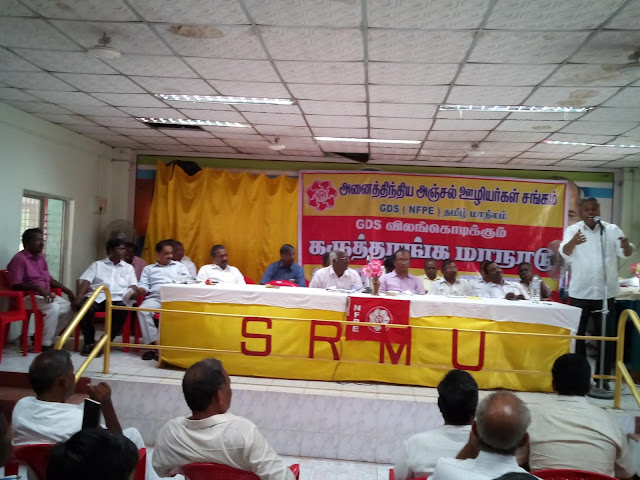 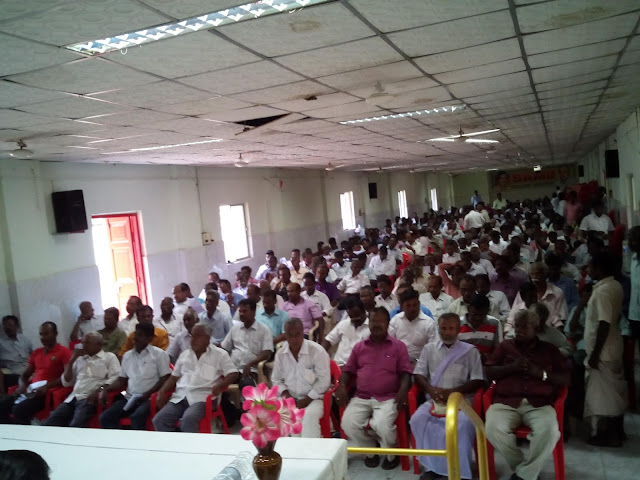 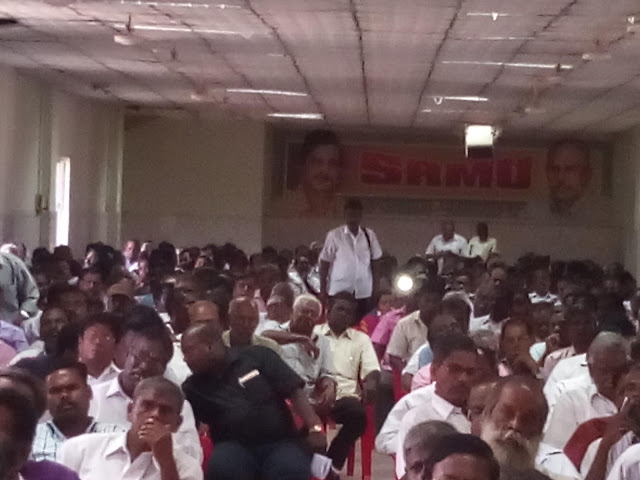 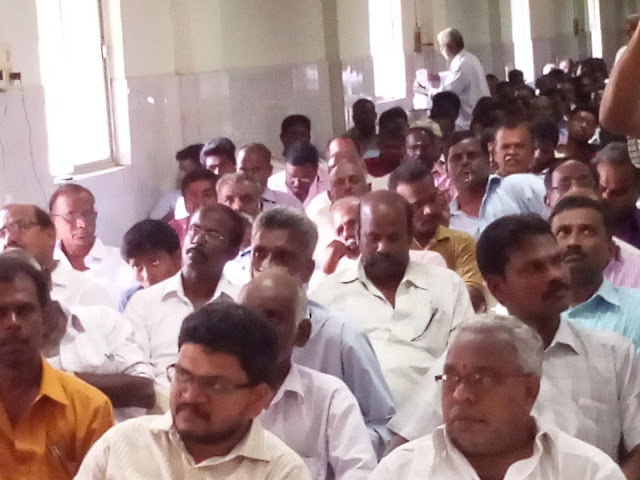 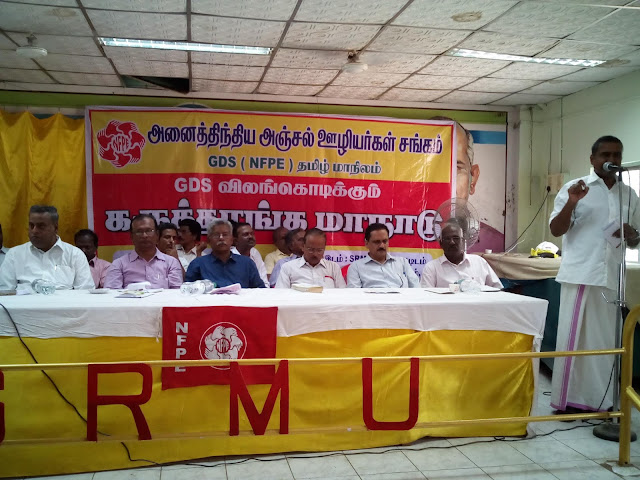 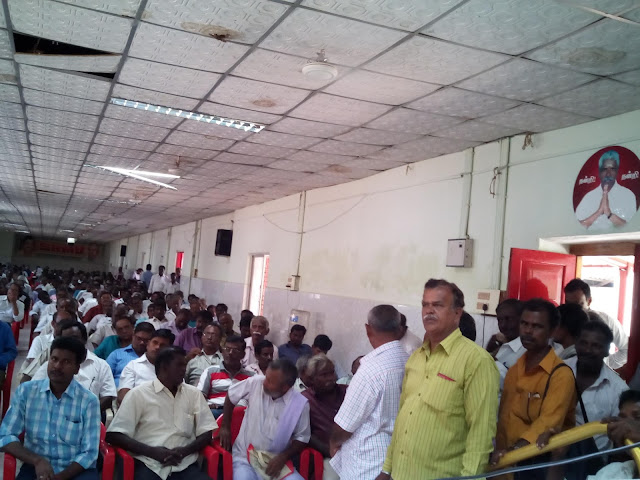 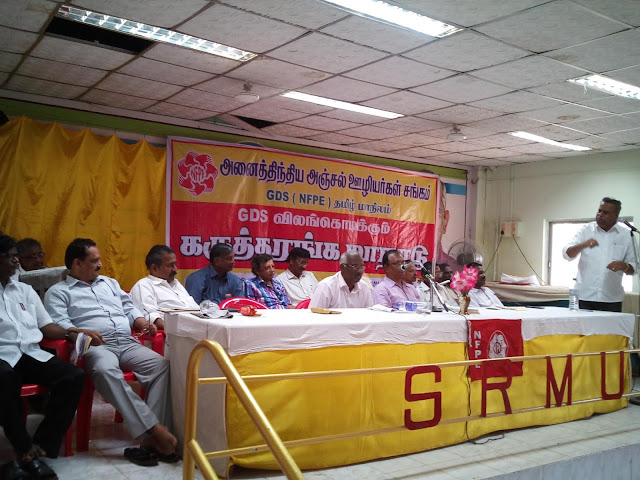 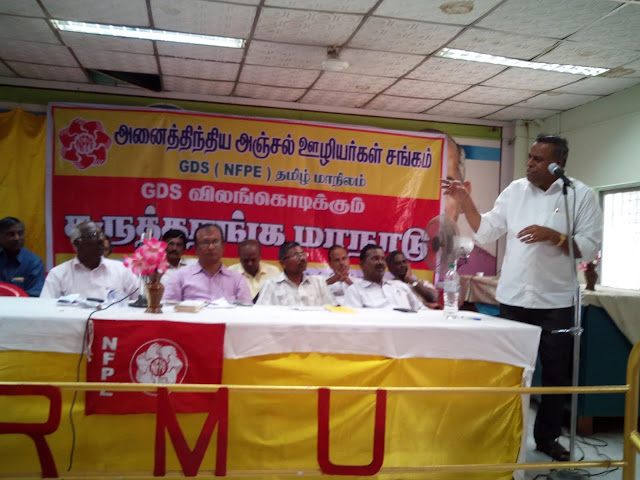 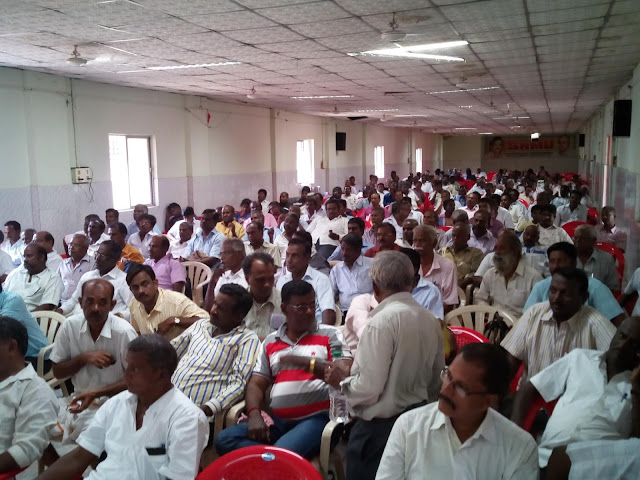 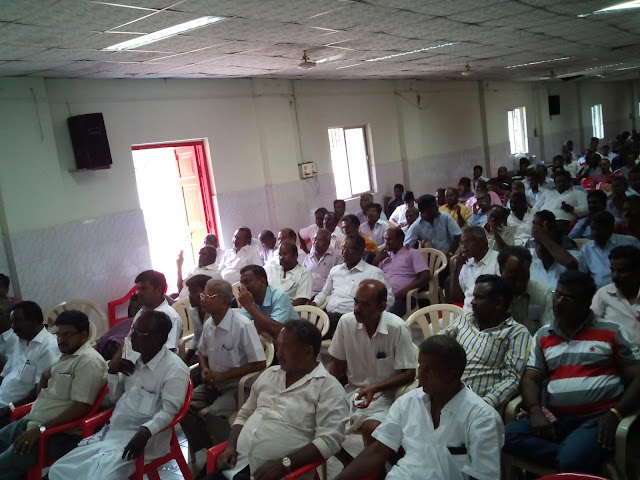 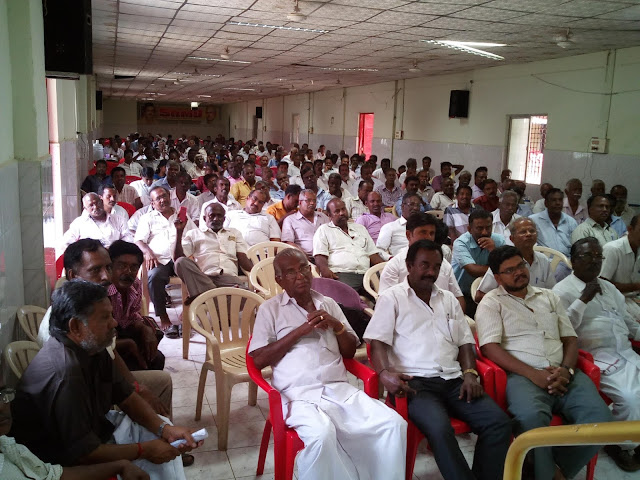 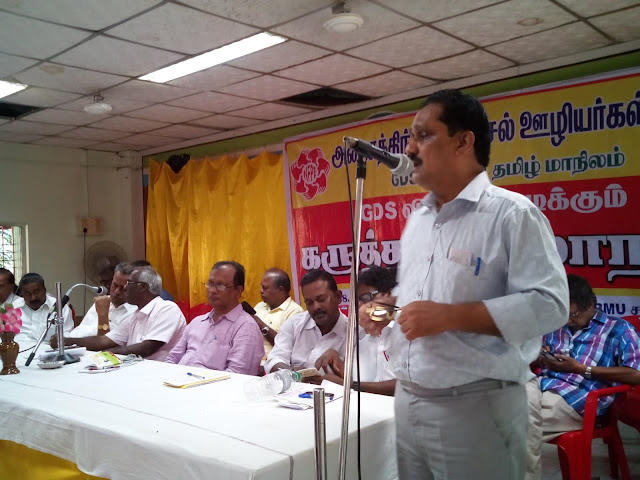 Com.Vishnudevan, Divl Secy., AIPEU GDS (NFPE), Trichy & Com.R.Dhanraj, Circle Secretary & Dy. Genl Secretary, AIPEU GDS (NFPE) and his team organized the meeting which was witnessed by more than 800 GDS comrades representing from all divisions of TN Circle. The presence of hundreads of GDS in the session till the conclusion of the meeting at 5.30pm deserves all appreciation of the organization of NFPE & GDS in Tamilnadu circle.