The third successive struggle program of AIPEU-GDS (NFPE) on 32 Charter of Demands, Dharna infront of Dak Bhawan, New Delhi has been staged successfully with the participation of General Secretaries of affiliated Unions of NFPE, NFPE office bearers and CHQ office bearers of GDS Union.

The program concluded with the vote of thanks paid by Com.R.Dhanraj, Dy. General Secretary, by extending revolutionary greetings and heartfelt thanks to the leaders of NFPE for their support and participation in the dharna and made it successful. 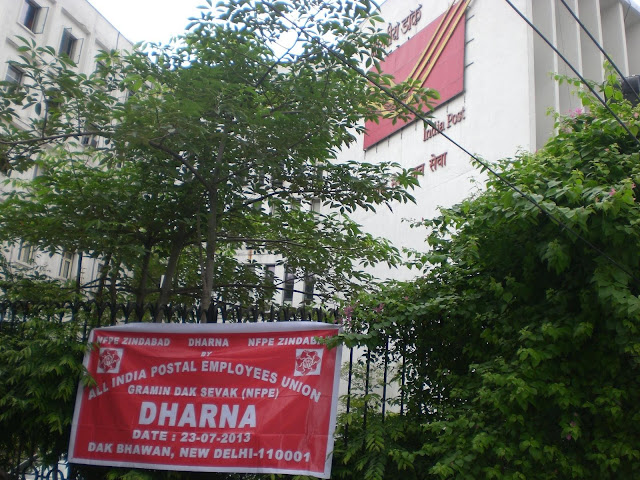 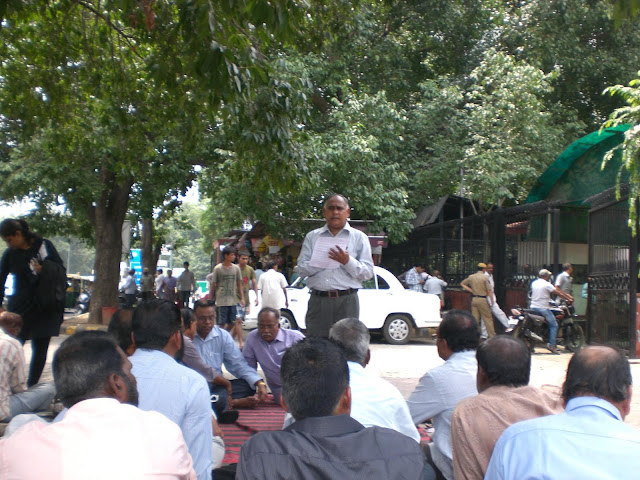 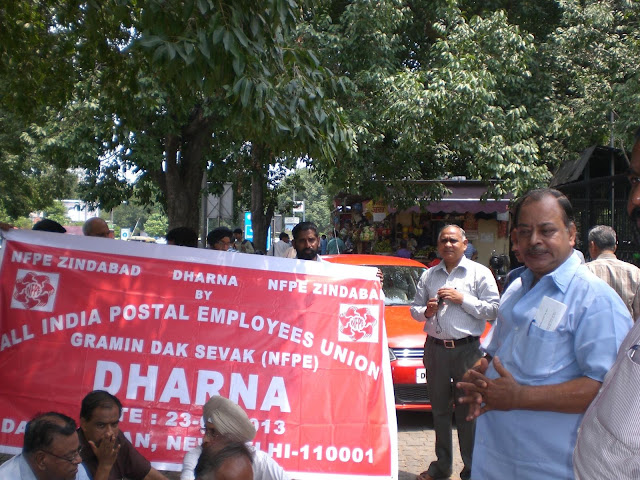 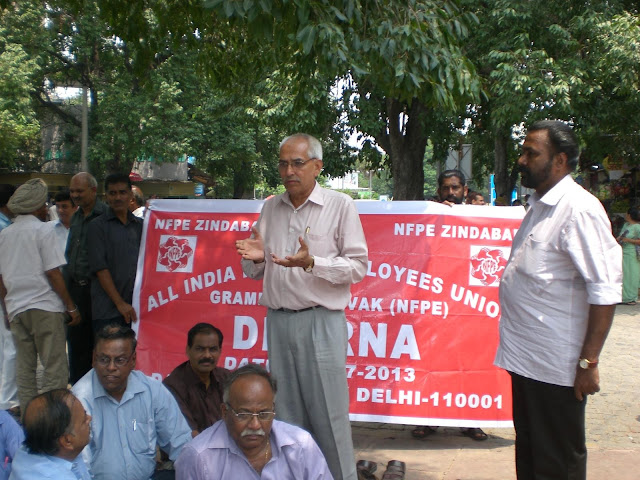 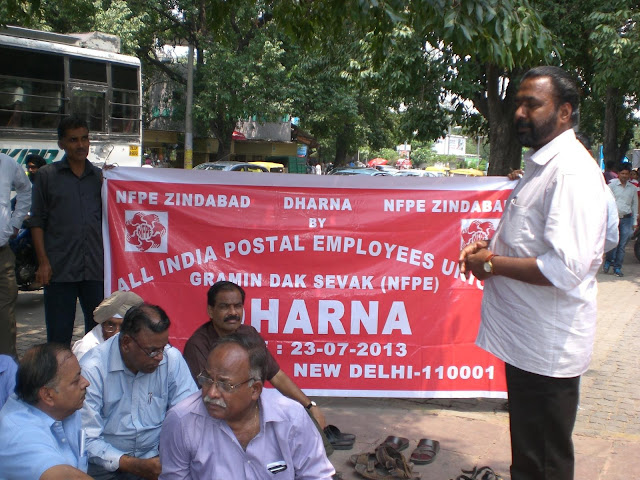 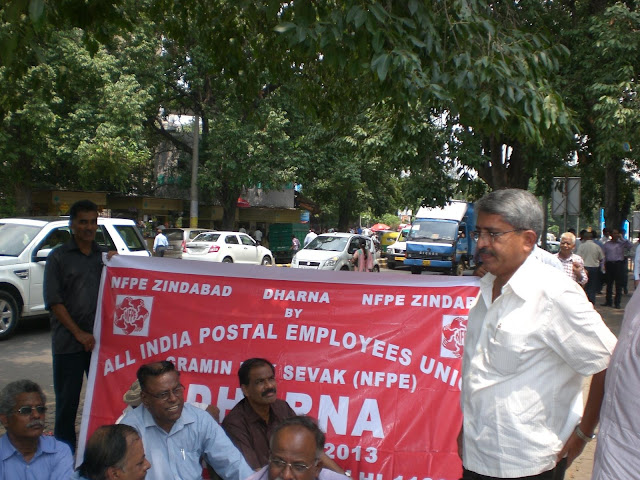 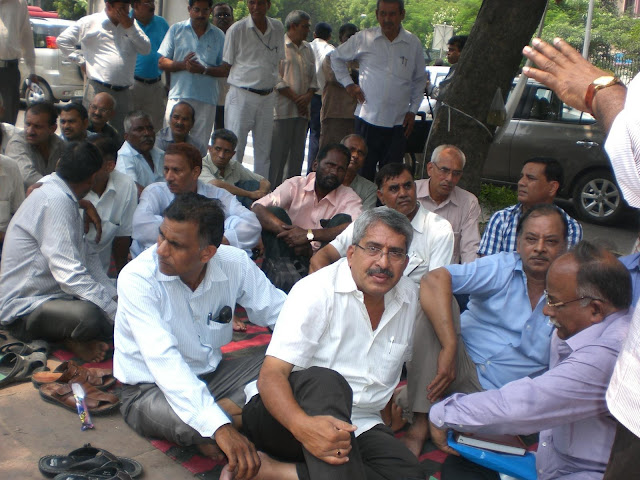 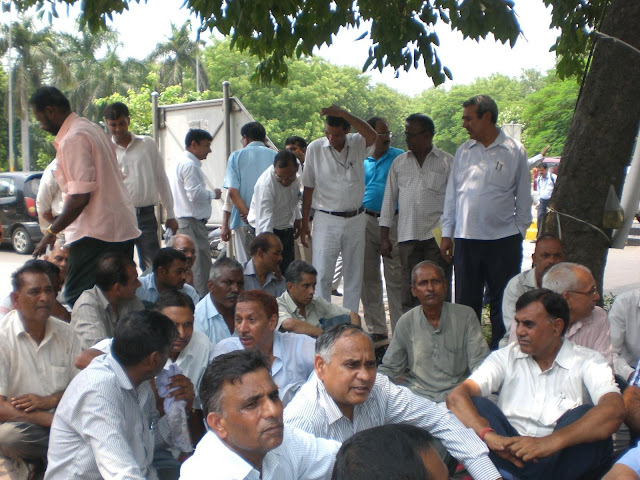 Posted by P. Pandurangarao at 1:12 AM