Dear Comrades,
You are well aware of the fact that Civil status and all benefits at par with regular departmental employees  to the Gramin Dak Sevaks can be achieved except Departmentalization of BOs & Regularization of GDS.
For the last few decades, we had the experience of 5 Pay committees, except Justice Talwar Committee,  all other, with the influence of officialdom  negated the legitimate benefits of GDS, except few,  with the series of struggles conducted so for.
Again and again the Department is trying to suppress and diluting the status of GDS in the Department with the stringent modifications in  non-statutory rules from Conduct &Service Rules to Engagement Rules. The recent One Man Committee is a replica of the attitude of bureaucrats.
It should not be continued further and all with one determination ie., Departmentalization & Regularization, moving ahead with united struggles for the cause of GDS.
You might have known that the GDS demand has been given such an importance in the JCA formed with Railway & Defense Unions with Confederation for further struggles among  the demands of all Central Govt Employees.
The NFPE along with AIPEU GDS (NFPE) is on the move to include GDS issues in the purview of 7th Central Pay Commission. Besides, NFPE & Confederation of Central Govt Employees and Workers conducted many joint struggles with GDS demands including the recent strike on 12-12-2012.
A phase of action came before us, which needs an elaborate discussion on the struggles and strikes on various issues affecting the basic rights of the employee’s sections and working class. Except industrial action, the Govt is allowing for conciliation of the demands and bargaining.
Now, the choice has to be taken by all GDS to prepare for an industrial action along with the entirety of Central Govt Employees by taking appropriate decision on strike ballot forwarded by the Confederation.
Your decision is in favour of strike – tick “YES”
Hopefully we can not expect “NO” from any GDS.......!!!
Yours fraternally,
P.Pandurangarao
General Secretary 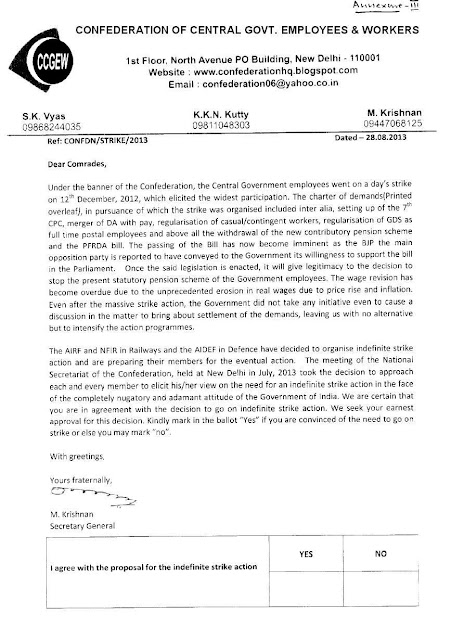 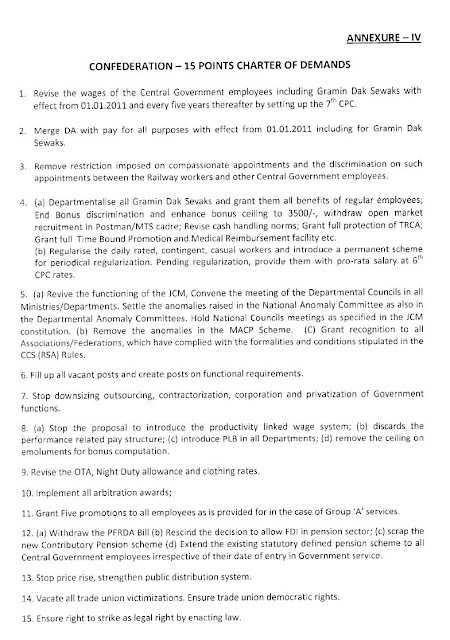