A sum of Rs.5000/- has been donated to the CHQ by GDS comrades of Tadepalligudem Division of Andhra Pradesh Circle on 4th December 2014 on the occasion Parliament March in New Delhi.

A delegation of about 10 comrades attended and participated in the Parliament March under the leadership of Com.N.V.B.Sarveswararao, Divisional Secretary & Circle Organizing Secretary, GDS (NFPE), A.P. 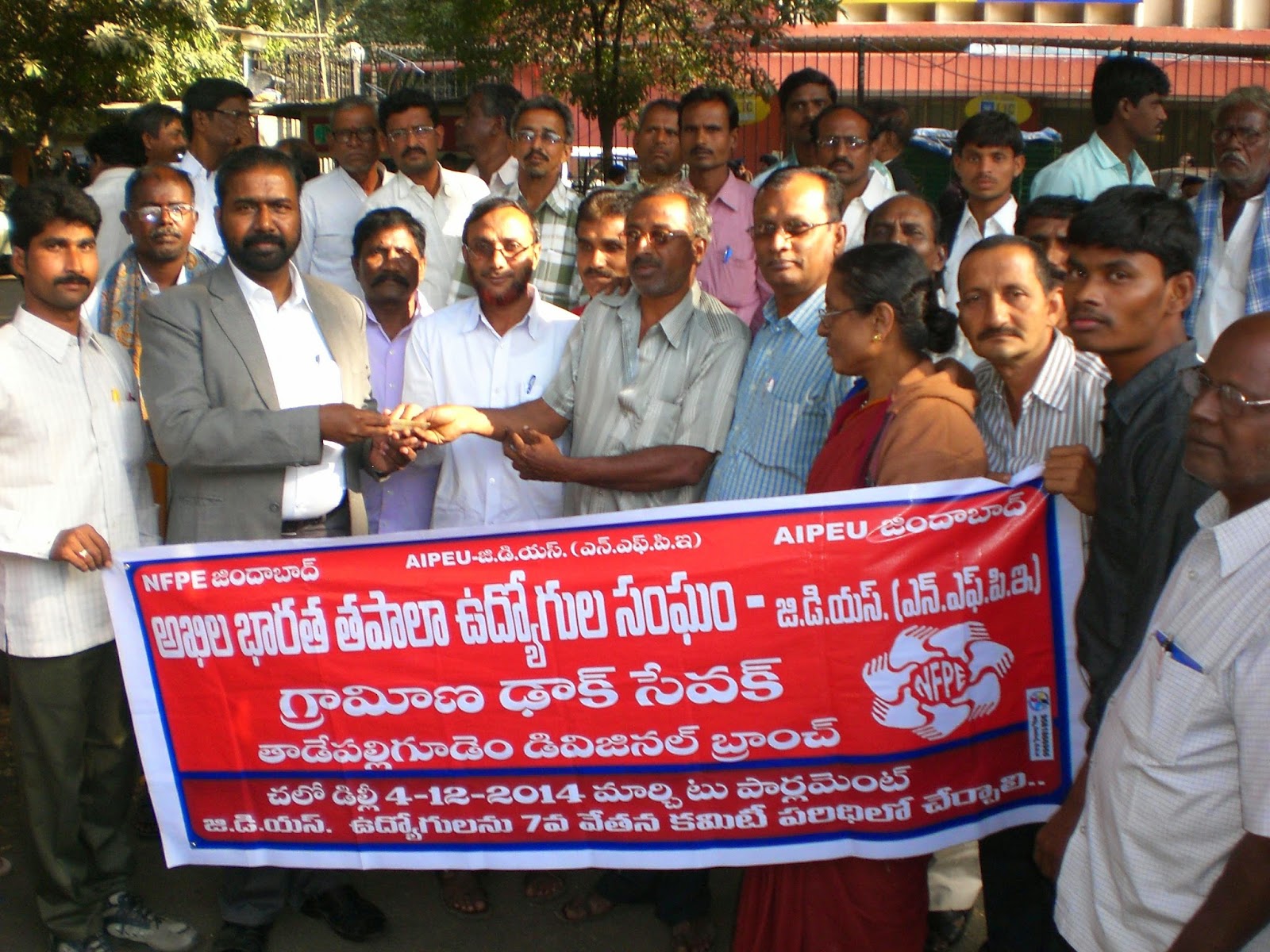 ***********
Many GDS Divisional Unions of West Bengal Circle donated a total sum of Rs.65,000/- towards GDS Court Case as Legal fund to the CHQ on 4th December 2014 on the occasion of Parliament March.