Dharna in front of Dak Bhawan
NEW DELHI ON 26th JULY, 2017
**************
In continuation of phased agitational programme as third phase programme a massive Dharna under the banner of NFPE was organized at Dak Bhawan New Delhi from 10 A.M. to 3 P.M. All General Secretaries & Secretary General NFPE lead today on date 26.07.2017 the Dharna Programme . Hundreds of All India and Circle leaders of all NFPE unions from all corners of country participated in Dharna.

A meeting was conducted at place of Dharna, which was presided over by Com. Giriraj Singh, President, NFPE. In the beginning Com. R.N. Parashar Secretary General NFPE elaborately described the need of agitational programmes including one day strike on 23rd August, 2017. He described the importance of all 10 demands mentioned in Charter of Demands which are of most importance for Postal employees. He stated that the all three phased programmes are grand success. He appealed to all to make the One Day Strike for date 23rd August -2017 a Historic Success to achieve our genuine and most justified demands.

All leaders present in the Dharna assured the NFPE leadership to make the One Day Strike on 23rd August-2017 a Historic Success and they appealed to all to make it Historic Success.

About 300 Comrades & Leaders representing from almost all Circles participated in the today's Dharna programme.

The Dharna was ended with shouting of revolutionary slogans. 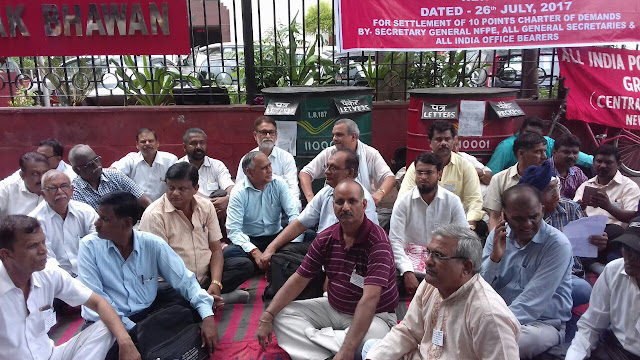 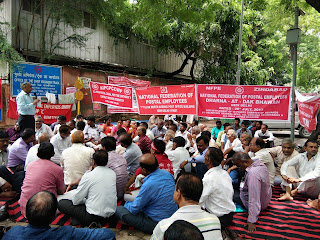 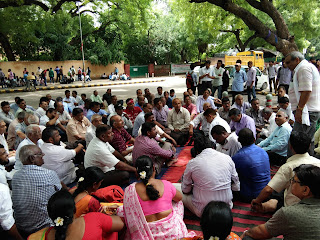 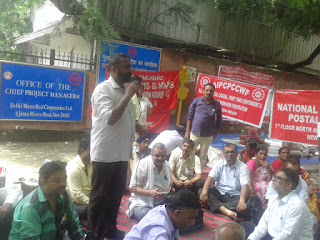 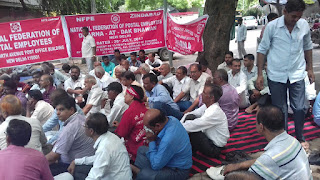 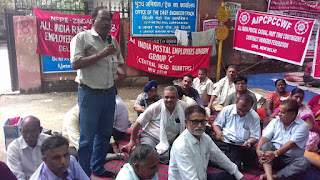 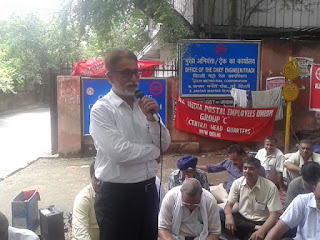 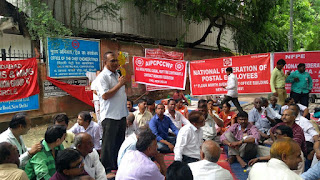 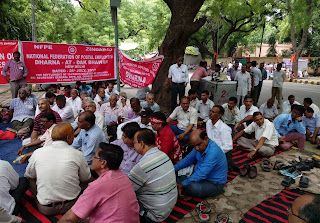 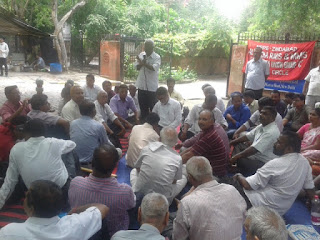 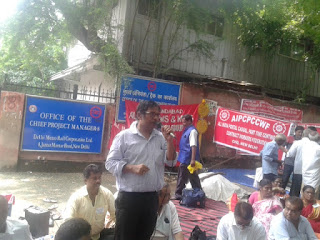 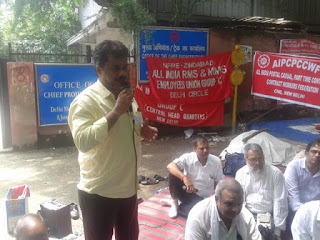 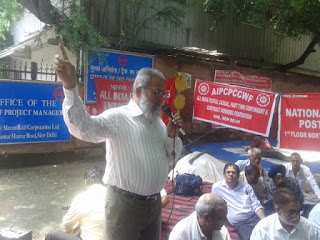 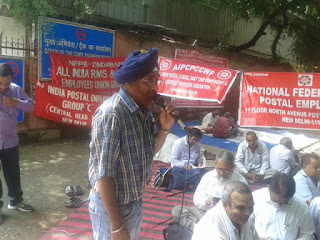 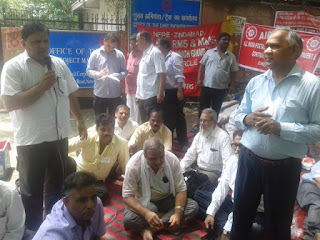 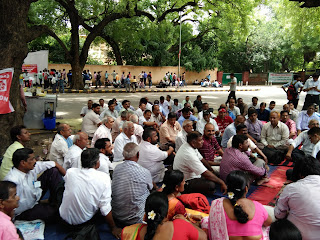 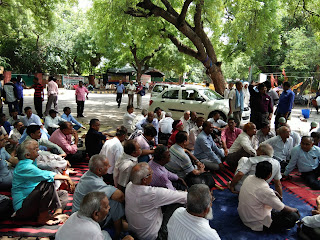 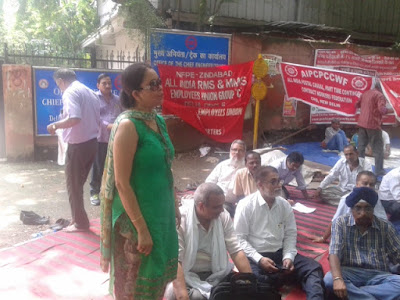 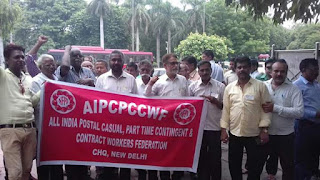 Posted by P. Pandurangarao at 6:20 PM