A general body meeting with GDS members of AIPEU-GDS has been held on 12-08-2018 in Navodaya College, Nayudupet in Gudur Division.

The meeting presided by Com.Subhan Basha, Vice President, GDS and Shri K.Sanjeevaiah, MLA,(YSRCP) Sullurupet attended as Chief guest. Com. P.Pandurangarao, General Secretary, AIPEU-GDS attended and addressed the meeting. Regarding GDS related issues viz., raise the slab to avoid deduction of Professional Tax from TRCA, Housing facility for BOs & GDS in the villages, extending 'Arogyashree scheme' to GDS, Old Age Pension to GDS after retirement were focused to the Hon'ble MLA for a resolution from the State Government in A.P.

More than 150 GDS members representing about 20 SOs graced the meeting and made deliberations on the issues of GDS. 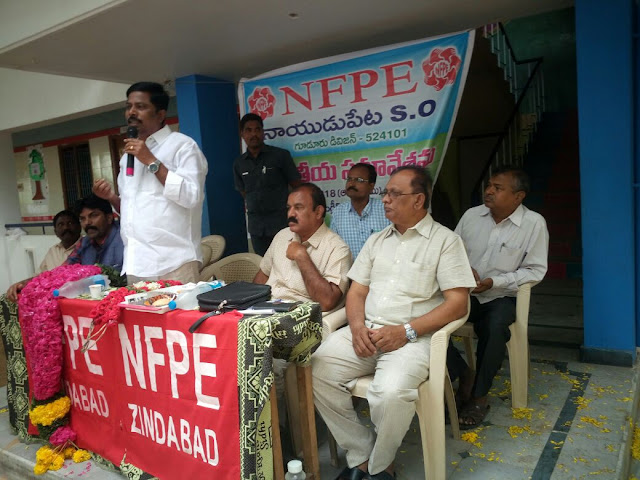 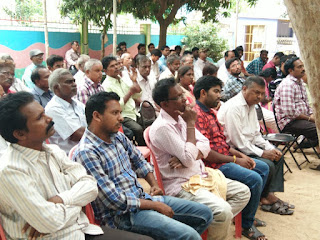 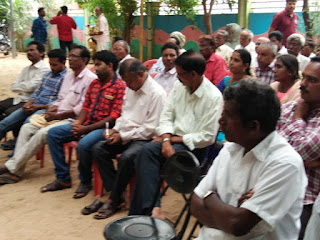 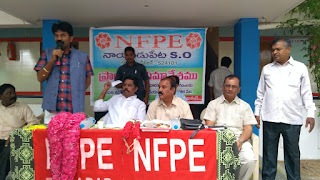 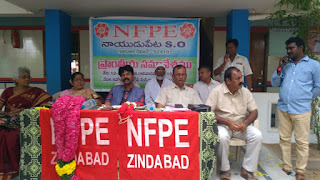 Com.Murali krishna reddy, Com.J.Hanumantharao, Com. Mallikarjuna and his team made very good arrangements for the success of the meeting and deserves all appreciation.
Posted by P. Pandurangarao at 10:01 PM