Com.M.Krishnan, Secretary General, Confederation of Central Govt. Employees & Secy. Genl., NFPE addressed a meeting at Nellore HO in connection with TWO DAYS STRIKE ON 12th & 13th FEBRUARY 2014 . While attending a marriage function in the town, a meeting was  orgranized by NFPE unions of Nellore District (Nellore & Gudur Divisions) on Sunday (09-02-2014) with a large gathering of postal employees in the district; more than 300 comrades attended and paid their keen attention to the message of the Leaders. 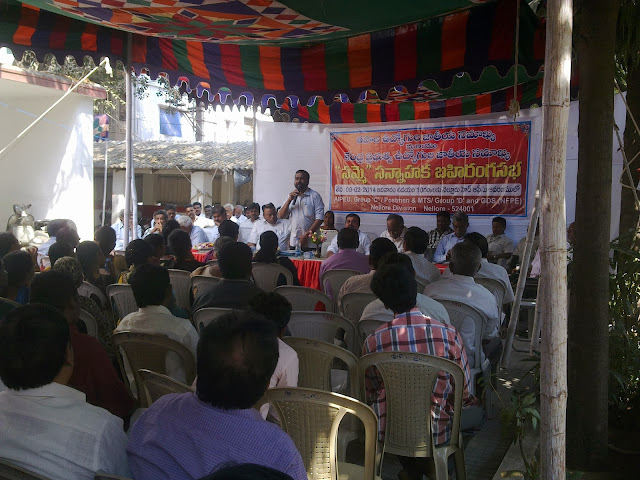 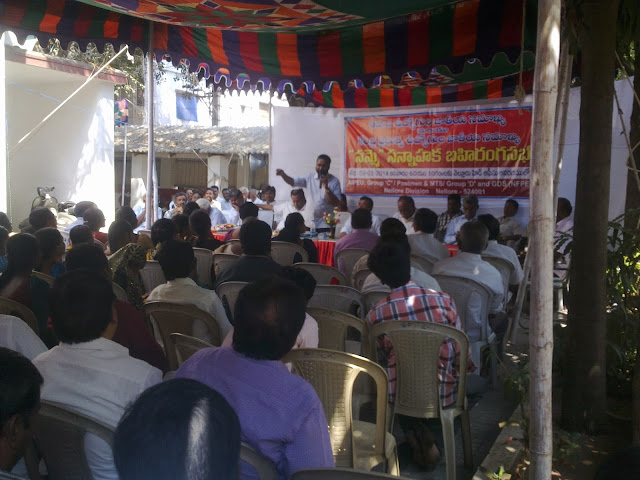 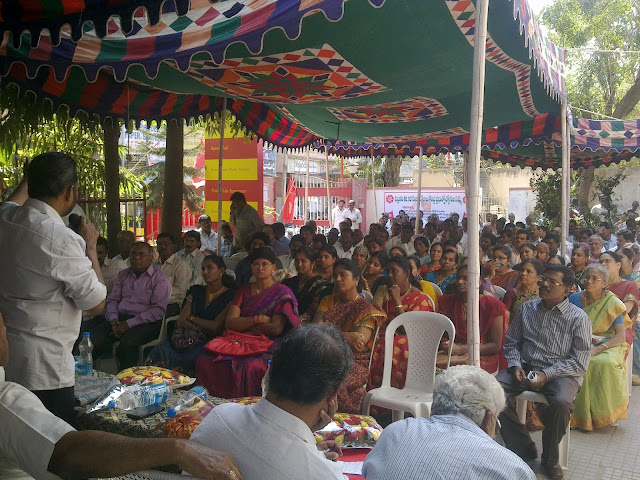 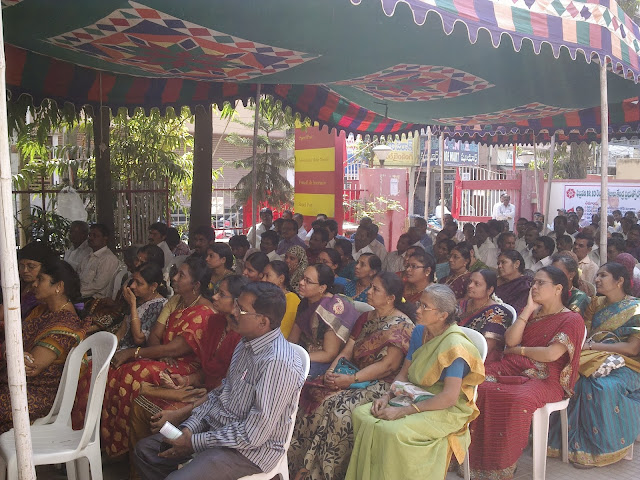 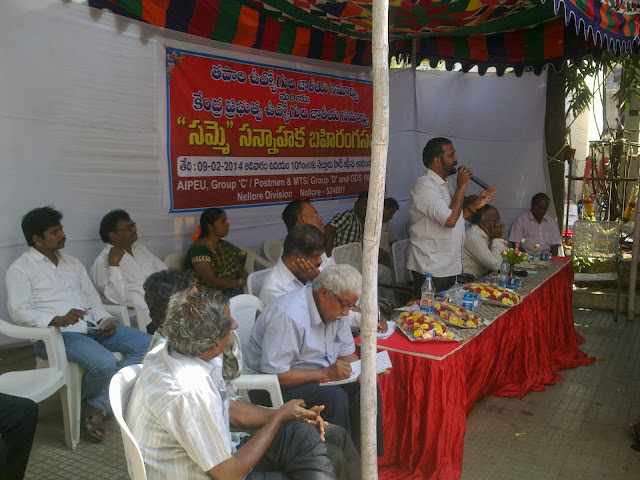