Hon'ble Governor of AP and Telengana Sri E.S.L.Narasimhan has presented  "DAK SEVA" Awards to the Postal employees in a colourful function held at Indira Priyadarshini Auditorium, Public gardens,Hyderabad on 04.08.2015. 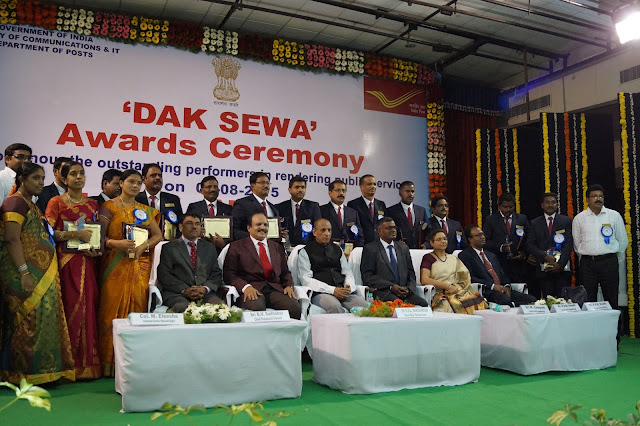 Addressing the impressive gathering, the Hon"ble Governor Sri E.SL.Narasimhan has  said that despite the strides on the information and communication technology front and though he himself uses a lot of technology in his daily life, he was very conservative on several counts.

“Notwithstanding the advent of technology, the Postal Department is the most dependable, efficient. WhatsApp may give you texts and pictures instantly, but post brings you the personal touch,” he said, to thunderous applause.

Sri BV. Sudhakar Chief PMG AP Circle outlined several initiatives that the Department had taken in AP and Telangana and how they were being replicated in other postal circles across the country.

Towards the close, Post-Master General (PMG), Vijayawada, M. Sampath presented Mr. Narasimhan a philatelic album and while PMG-Visakhapatnam, Sarada Sampath gave him a pictorial postcard, PMG-Business Development gifted him a ‘My Stamp’ with his photograph on it. 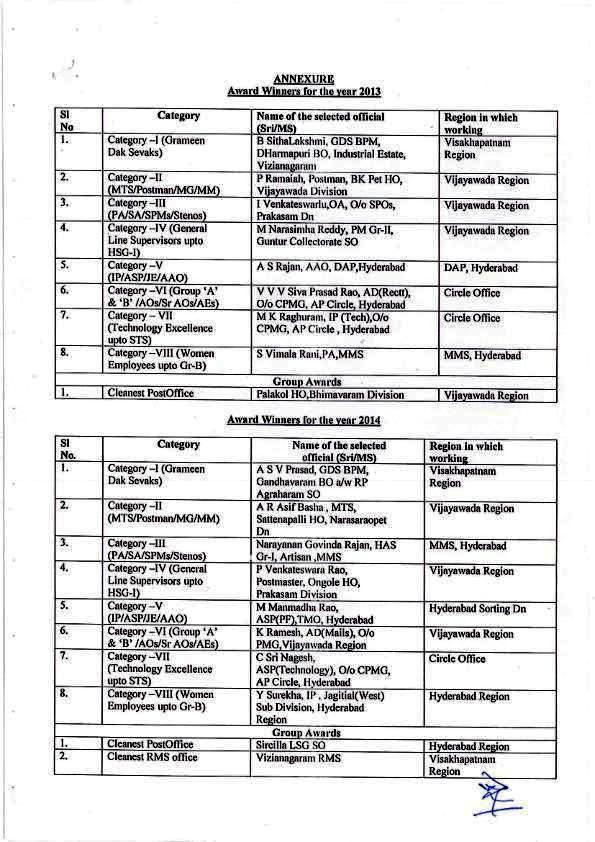