The meeting organized to mobilize the Postal employees for the ensuing indefinite strike and to discuss about the problems of departmental employees & GDS in the division.

A women convention has also been conducted under the Presidentship of Smt.P.Ushakumari, Vice President of the Committee. Chief Guest Smt.G.Arunadevi, Retd. Professor in English made an excellent speech on the eve of International Women’s Day on 08-03-2016.

Com.R.Sivannarayana felicitated on his retirement from service on 29-02-2016 by NFPE members of Gudur Division.

More than 300 employees including 30 women employees attended from all corners of the Division and comrades of Nellore & Kavali were also witnessed the session. 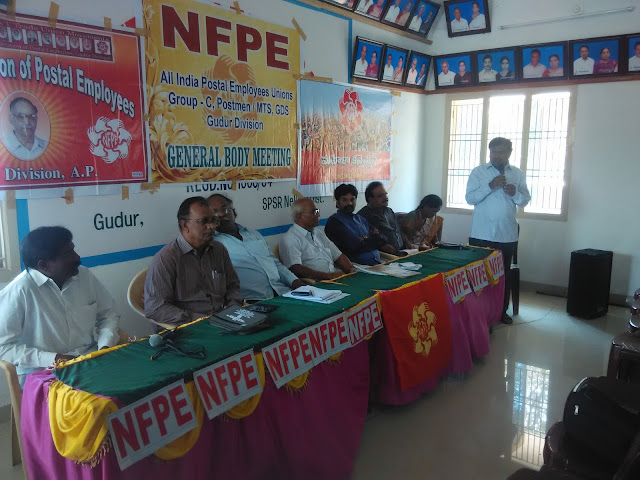 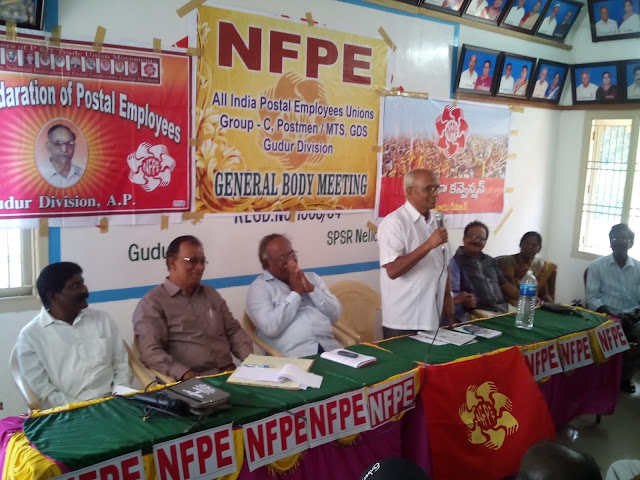 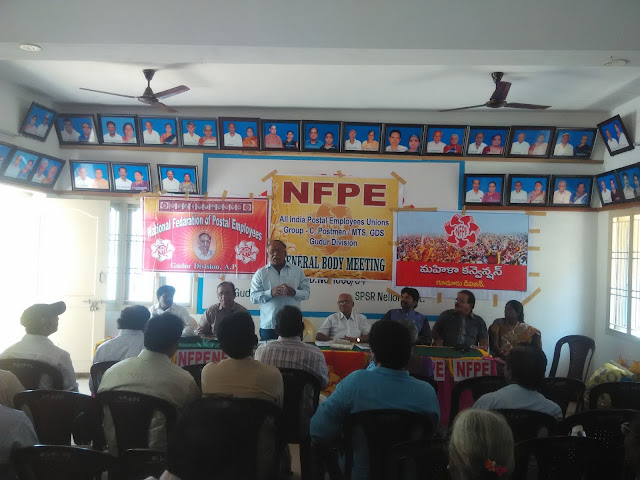 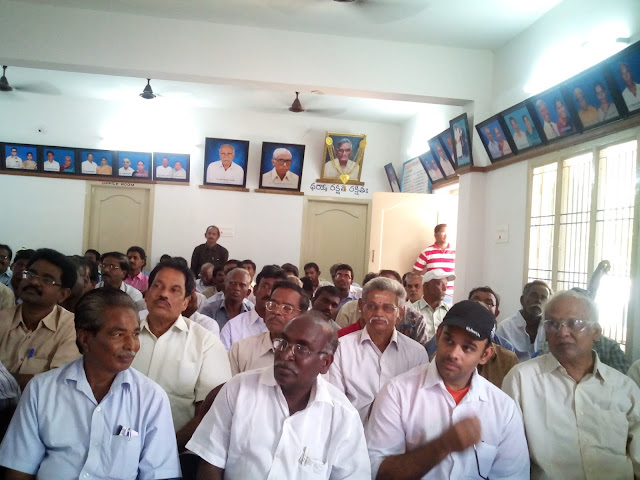 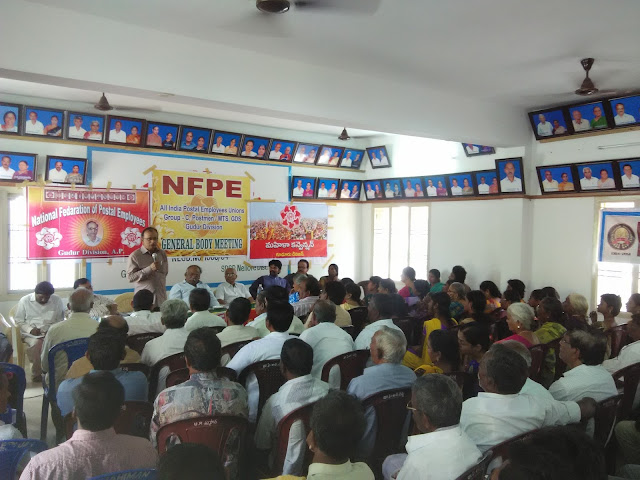 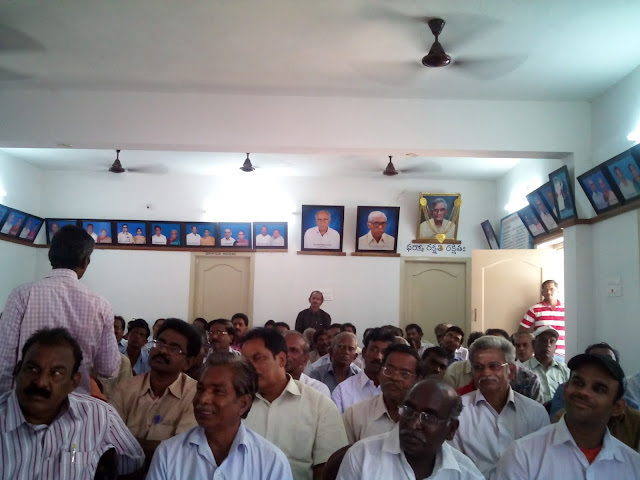 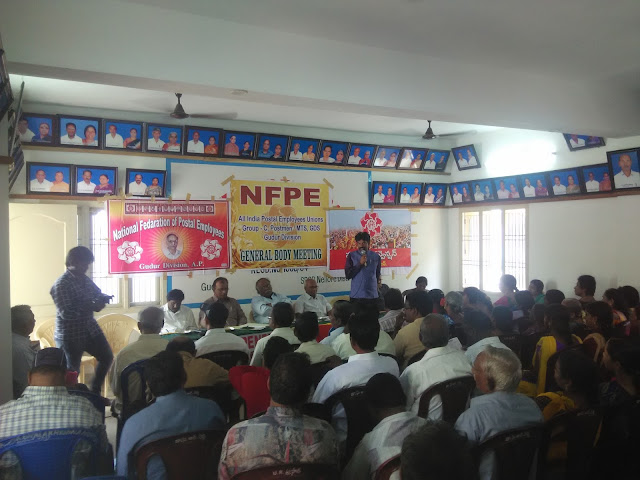 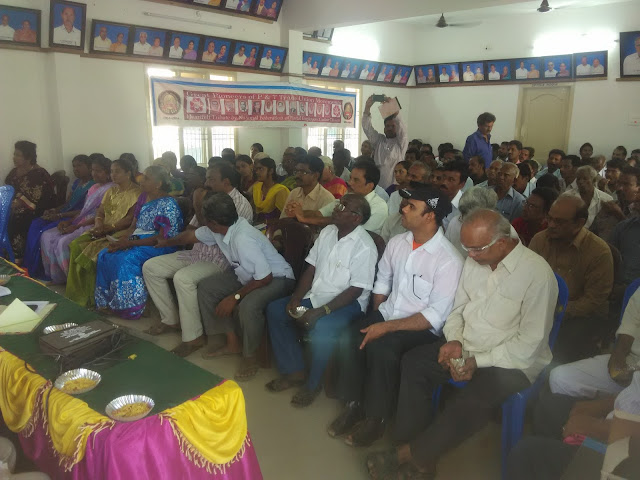 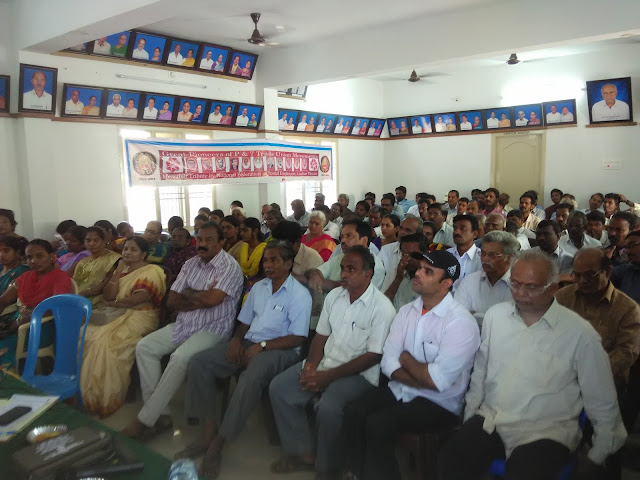 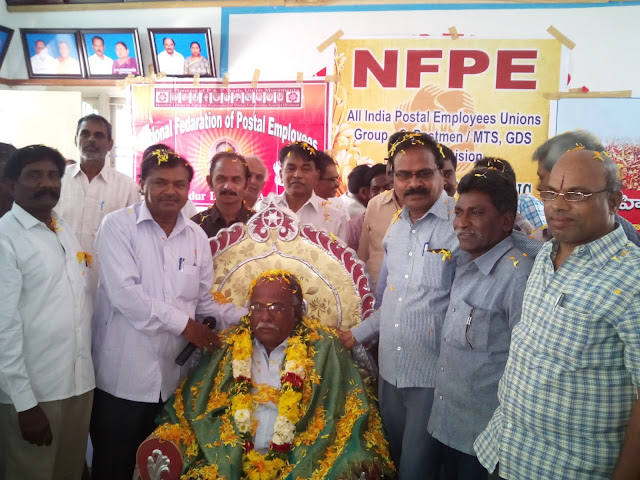 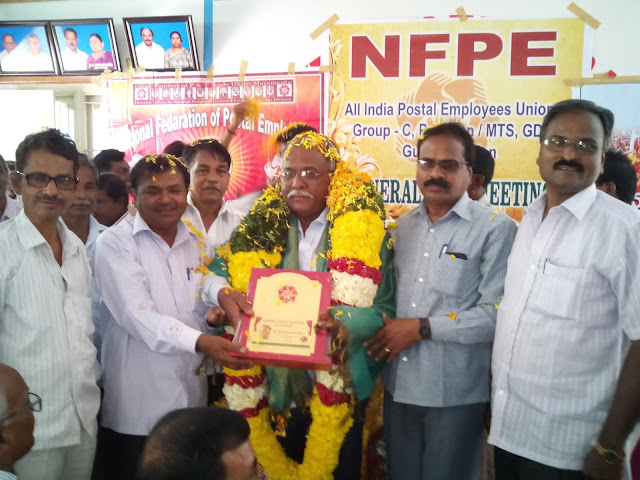 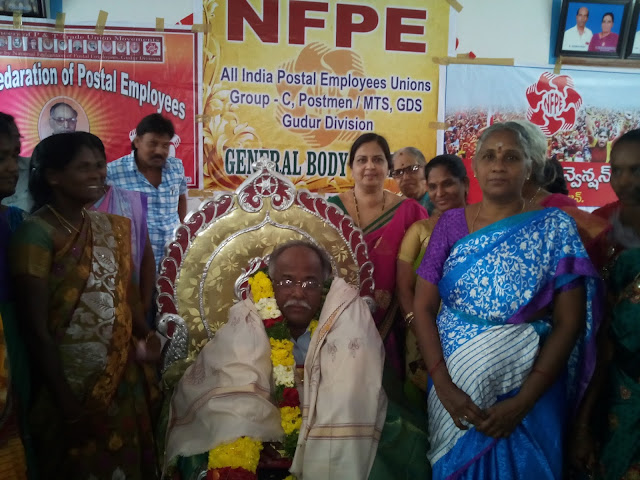 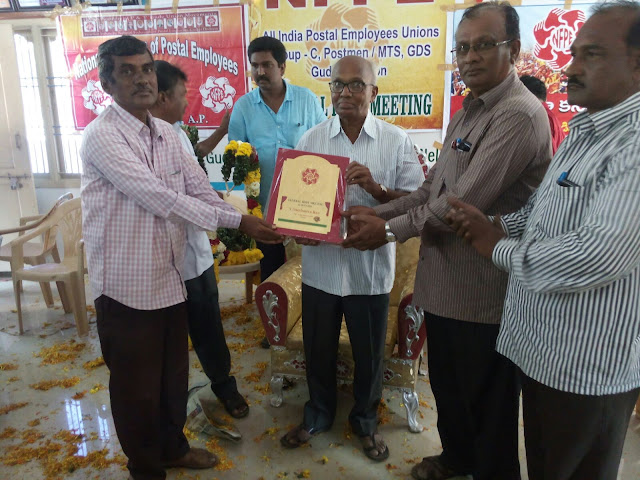 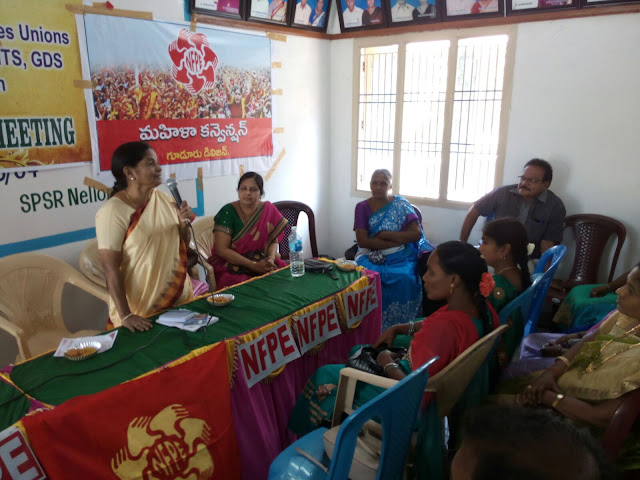 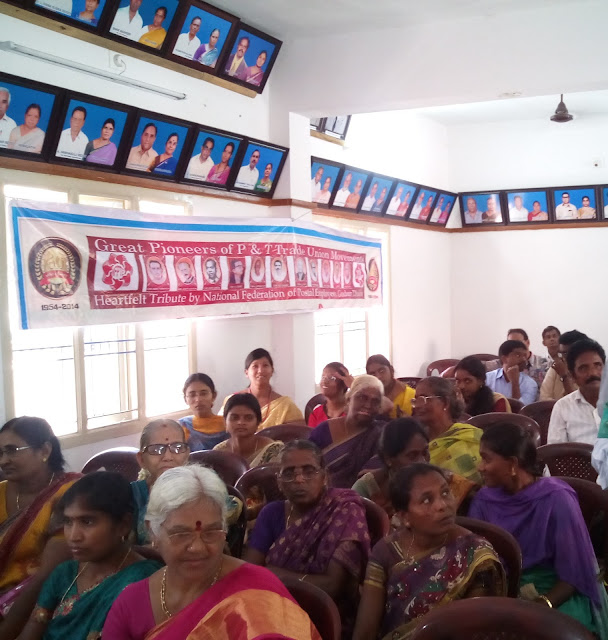 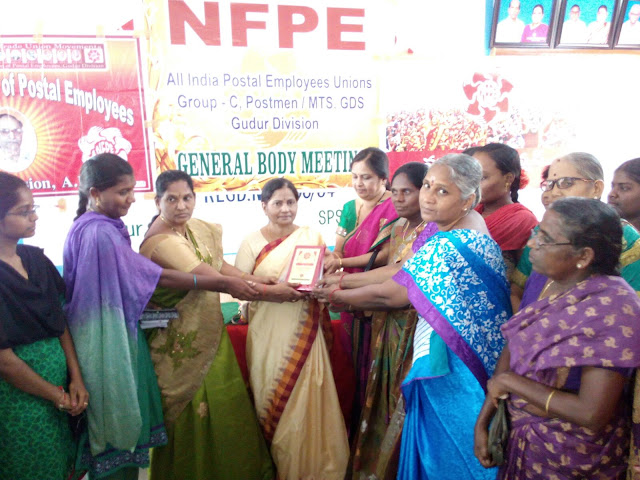 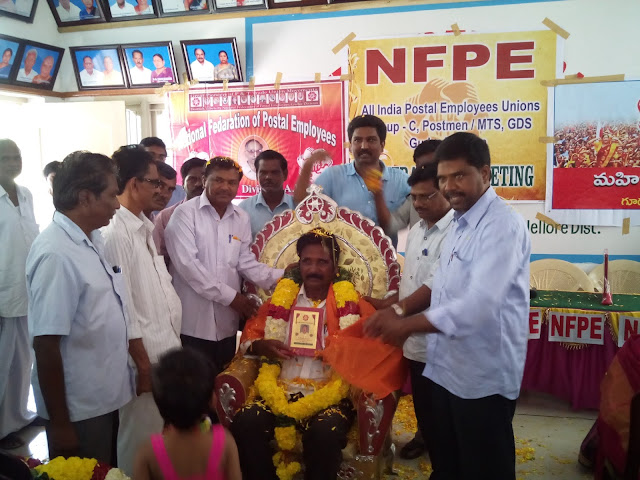 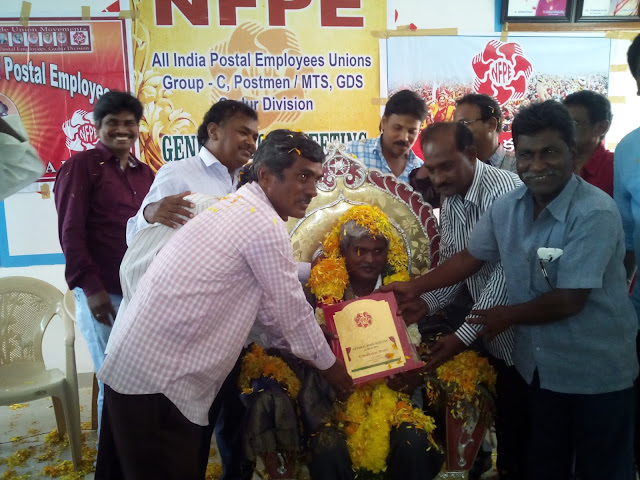 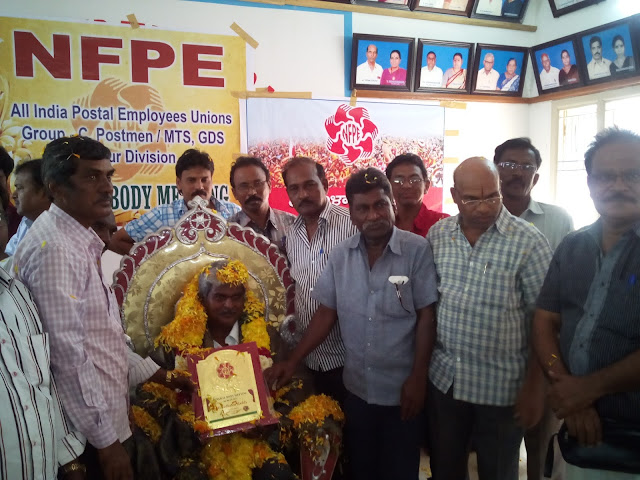