An overwhelming response for the Memorandum / feed back prepared by AIPEU GDS (NFPE) to submit to the Chairman, GDS Pay Committee from the GDS comrades all over India.

A detailed Memorandum is under preparation and going to submit to the Chairman, GDS Pay Committee by NFPE & AIPEU GDS (NFPE) CHQ with in the time limit prescribed by the Committee.

The Chairman, GDS Pay Committee addressed a letter to all GDS officials in all divisions to feed back the GDS Committee to consider the issues to make recommendations in the Report.

It is learnt that the Chairman, GDS Pay Committee also addressed to all CPMsG to get the feedback from all divisions / units from various sources  in their respective circles on various issues related to GDS in a prescribed format. In response to that  data and suggestions from the divisional administration is being collected and report to the Circle Offices is in progress.

AIPEU GDS (NFPE) CHQ prepared a feed back/memorandum covering almost all the issues of GDS cadre in 25 points and published in the website (English & Hindi) and circulated among the Circles to distribute in the Divisions.

As the reports received by our CHQ, thousands of GDS submitted the copy by post from the BOs to the Chairman, GDS Pay Committee for the last few days. 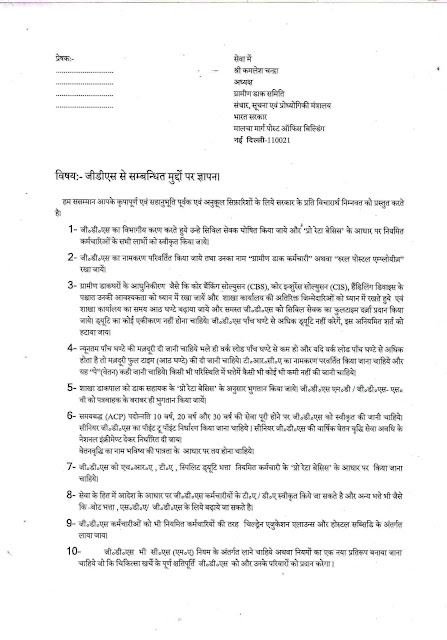 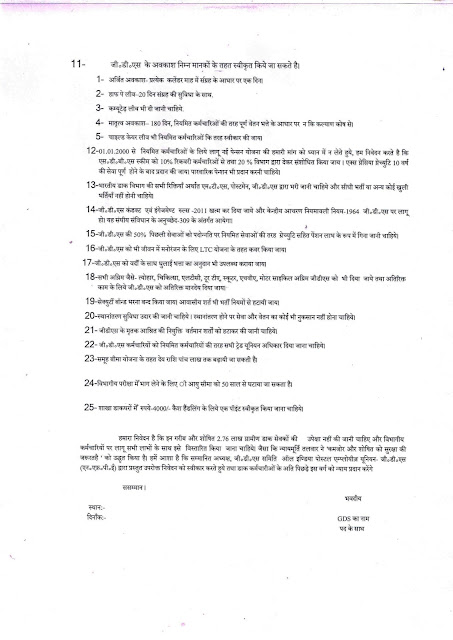 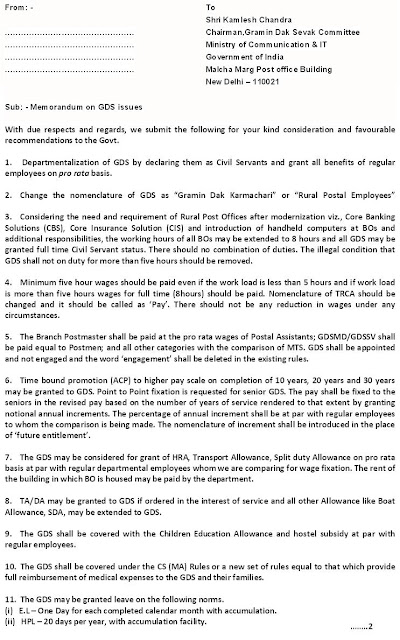 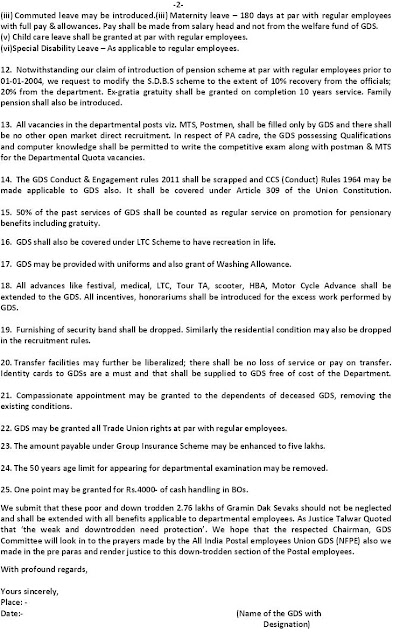 Comrade CHQ office bearers  & Circle Secretaries, Please ensure that the submission of feedback copy of our Union should be sent from all Divisions / Units in the respective circles. Contact Divisional/Branch Secretaries/ Conveners requested to  send a report on the subject to CHQ to pursue the progress of the programme.

Posted by P. Pandurangarao at 7:23 AM