In keeping with the times, the Department of Posts too will soon use PoS machines for cash transactions in select post offices across the State. 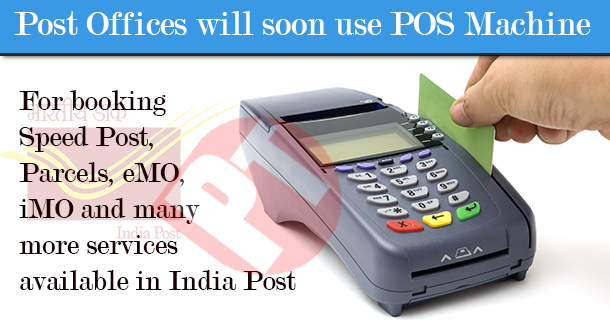 As of now, the Centre has sanctioned about 1,000 PoS machines to be distributed for post offices across the country. Of this, nearly 120 PoS machines for processing credit and debit cards payments will be provided to post offices across the State during first phase.
Several counter transactions, including booking of registered parcels, money orders and speed posts, are being carried out through cash. Last year, post offices made nearly 12,000 instant money order transactions in Tamil Nadu circle.

While States, including Gujarat and Kerala, are expected to begin using PoS machines in mid-January, measures are being taken to deliver equipment to other places. Officials of the postal department said that initially four post offices — Anna Road head office and General Post office, Rajaji Salai, Chennai and one each in Madurai and Tiruchi region — would be provided with PoS machines as a pilot project.
Postal customers welcomed the move as it would ease the burden of carrying cash after the demonetisation scheme.
Many customers like R. Meenakshi, a resident of Thiruvanmiyur, said booking parcels at post offices is often difficult as she has to pay cash.
“I sometimes even spend Rs.8,000 to send parcels abroad. If post offices can have swipe machines, I don’t have to wait at ATMs to withdraw cash,” she said.
The department has partnered with State Bank of India for operation of PoS machines. Customers who have postal saving banks accounts can also recharge and use SBI buddy, a mobile wallet application soon.

Posted by P. Pandurangarao at 6:16 PM