The joint biennial Divisional Conference of Gudur Division has been held on 08-01-2017 in the premises of Sri Katalamma Devasthanam, Chennur near Gudur.

Com.R.Sivannarayana, Former All India President, AIPEU GrC inaugurated the meeting.
Shri Papara, senior journalist, Shri,Dr.M.V.Ramanaiah, Convener, Janavignana Vedika attended as Cheif Guests and delivered the speech of Demonetization and its effect on the economy of the country and the people.

Prizes distributed to the sports teams participated in Cricket and Volly Ball.

A set of office bearers were elected unanimously for the Divisional unions of Gr.C., P4 & AIPEU-GDS. 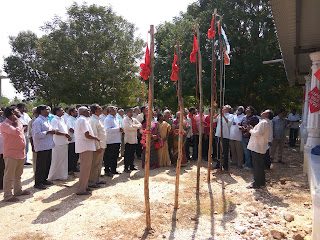 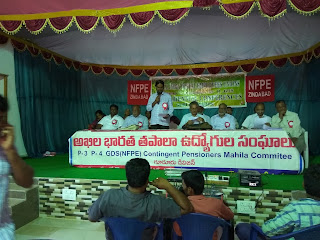 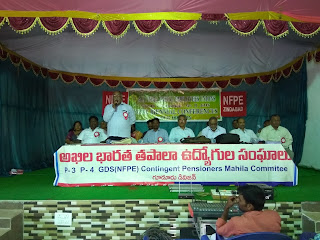 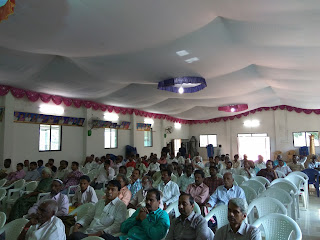 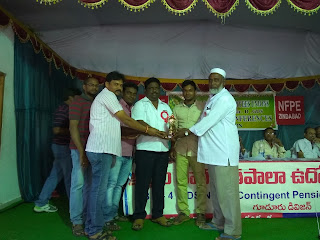 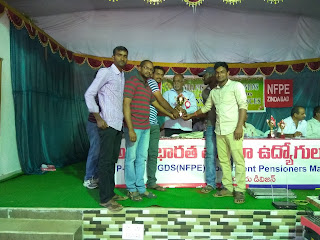 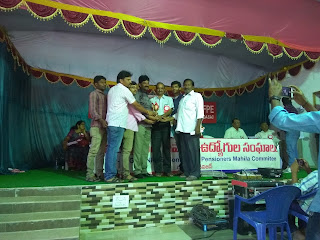 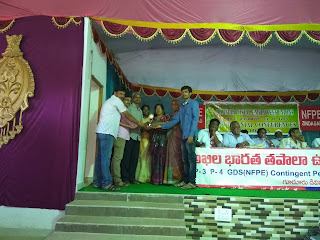 Posted by P. Pandurangarao at 8:35 AM