The Circle Working Committee meeting has been held on 23rd March 2017 in Sundarayya Vignana Kendram, Hyderabad followed by a Seminar on 24th March 2017.

The meeting presided by Com.Ch.Pratapreddy, President and organized by Com.S.S.R.A.Prasad, Officiating Circle Secretary. 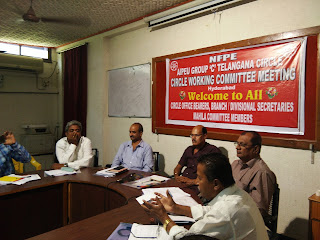 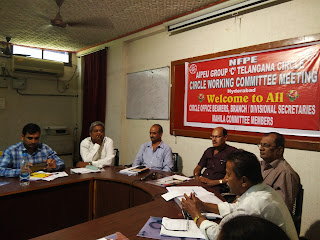 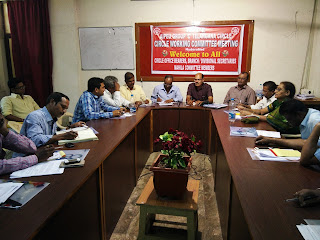 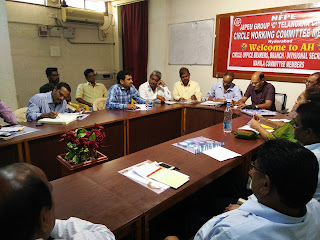 Posted by P. Pandurangarao at 8:47 AM