Kerala Circle : Joint biennial Circle Conferences in Tirur from 3rd to 5th May 2018

The Conferences inaugurated by Com.K.Hemalatha, All India President, CITU on 3rd in Bianco Castle Auditorium.

Mahila Convention was held with 300 Comrades and Ms.K.Sailaja, Hon'ble Minister of State addressed and Com.Jamuna has been elected as Chairman of Mahila Sub committee for Kerala Circle with other members of the Sub Committee.

A new set of office bearers were elected unanimously for all respective Unions in the delegate sessions. Com.P.Karunakaran, MP as Chairman, Com.P.V.Rajendran, All India President, R-III as Vice Chariman, Com.P.K.Muralidharan as Convener and All India Office bearers of all NFPE Unions elected as members in the Circle Coordination Committee of Kerala Circle.

Open session addressed by Com.P.Vijayan, Hon'ble Chief Minister of Kerala on 5th evening, after a big rally marching in the streets of Tirur by postal working class with the participation of thousands of comrades in a very disciplined manner 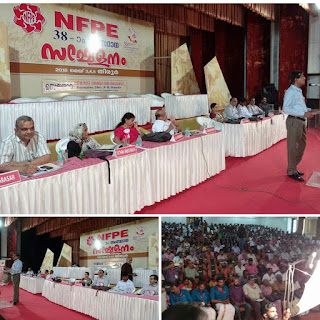 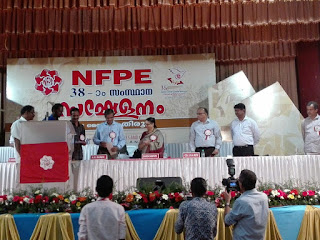 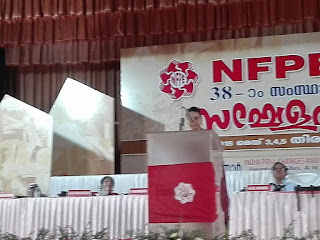 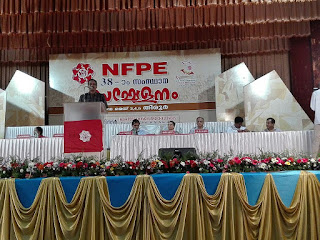 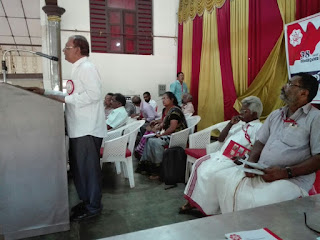 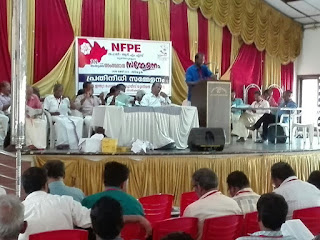 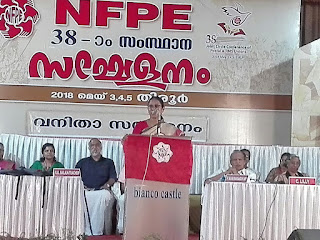 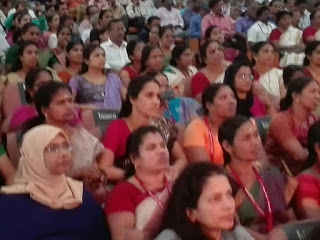 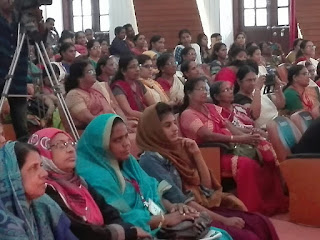 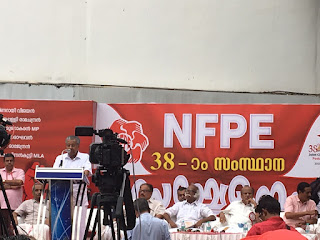 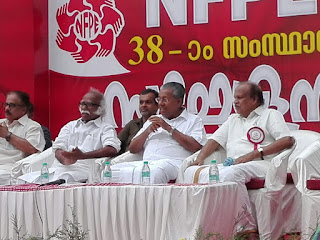 Posted by P. Pandurangarao at 8:02 AM