AIPEU GDS (NFPE)  CHQ receiving good response from the GDS comrades all over the country. The united struggles being conducted for inclusion of GDS in  7th CPC, legal battle for Departmentalization of BOs & Regularization of GDS very much attracted by the GDS comrades. The confusion created among the GDS members is slowly cleared up and determined to join in AIPEU GDS (NFPE), is growing steadily in many divisions.

The AIPEU GDS (NFPE) is already recognized by the GDS comrades, Central Govt. Employees’ Unions / Associations, Central Trade Unions. The recognition from Department is a technical one and  we are confident that our will become No.1, if the reverification is ordered.

Red salute & Hats off to you comrades,

With all your hard work and sincerity, gratitude & sustained efforts, united with all departmental unions & NFPE  in the divisions, placed our in such a higher position in many Circles.

April is a very crucial month for Unions/Organizations for which enrolment of membership & change of union membership taking place. For the last two occasions i.e., April 2012 & April 2013 those GDS withdrawn their membership from other unions did not change their stand and concept of Associated to NFPE. With the increase of formation of AIPEU GDS (NFPE) divisions and stabilization of the membership in favour of AIPEU GDS (NFPE)  is being continued.

Information receiving to CHQ that  the membership of AIPEU GDS (NFPE) is still increasing by withdrawl of membership from other unions.

Our CHQ is trying its level best to get the order for reverification under the provisions of EDA (RA) Rules 1995 and it is not far away. The Rules are very clear but we have to put some more effort and keen interest to increase our membership by taking the consent of GDS members besides withdrawal of other union’s membership. If this happens to be increased, definitely the reverification of membership will be ordered.

A very good opportunity is ahead for GDS. Besides the efforts of NFPE & GDS (NFPE) for Departmentalization of BOs & Regularization of GDS, the prime demand of “inclusion of GDS under the purview of 7th CPC, for which also Railway Unions & Defense Unions are totally supported by placing this item in the proposed agenda through JCM. After resuming the charge of new Central Government, the issue will be vigorously persuaded including with an indefinite strike.

AIPEU GDS (NFPE) members should be very cautious and vigilant that they need not change their membership from the present position. We will share our temptations and all emotions  with NFPE and its affiliated Unions but not with others. We need not give any chance to others except NFPE because we are not alone.

....LET US MARCH AHEAD WITH UNITED STRUGGLES…. 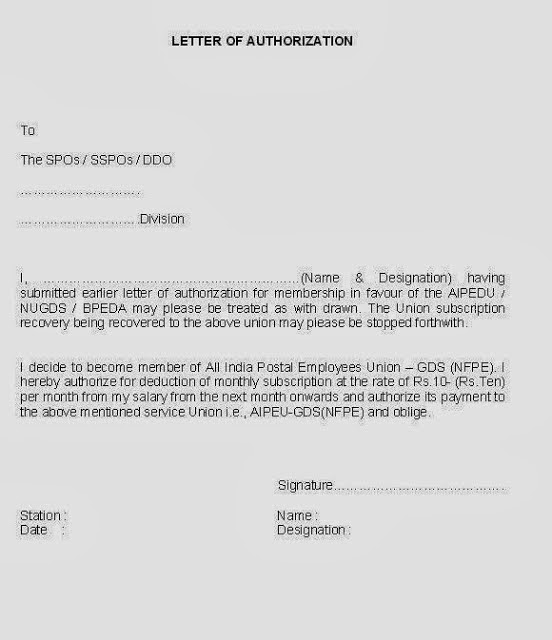 Posted by P. Pandurangarao at 8:58 AM