Hon'ble Guest Sri T.A.V.Sharma, Supdt. of Post Offices, Tirupati Division attended and graced the meeting with much appreciation on the cooperation of the Staff caused to place the division in first position in the Region.

Prizes were distributed by the leaders to the participants of various events of sports & athletics conducted among the staff in the Division.

More than 400 delegates attended and paid keen attention to the deliberations of the leaders. The arrangements made by the reception committee deserves all appreciation and the conference is concluded with the vote of thanks proposed by Com.B.Sridharbabu, Divisional Secretary, Tirupati. 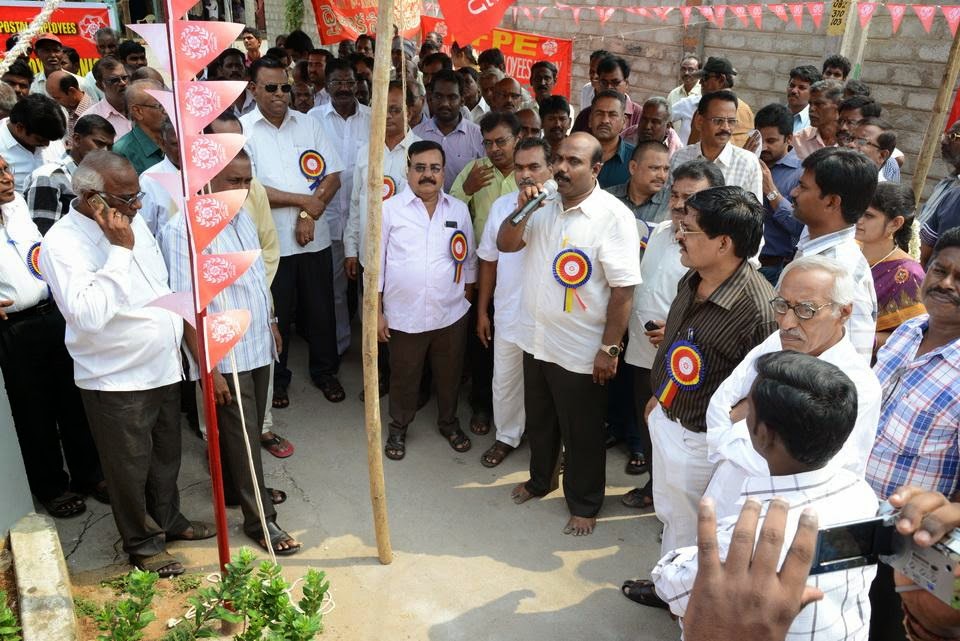 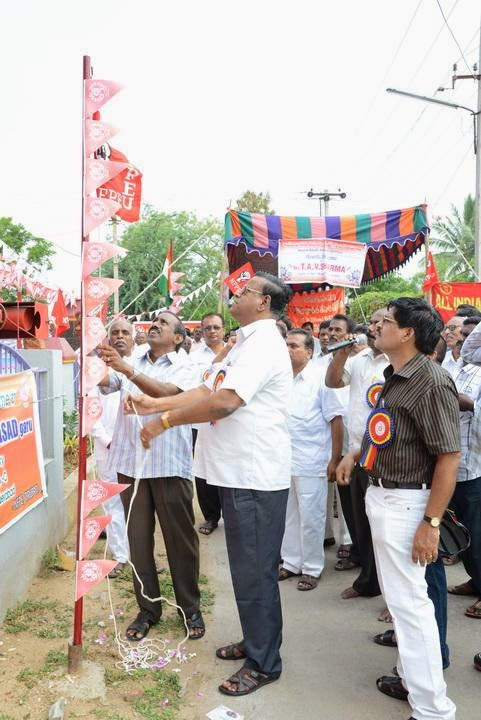 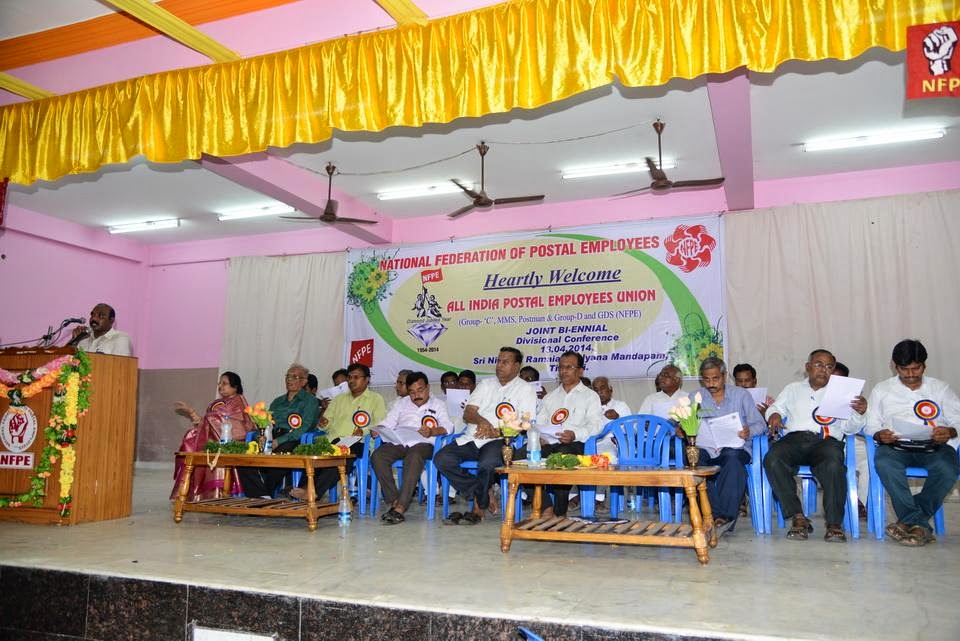 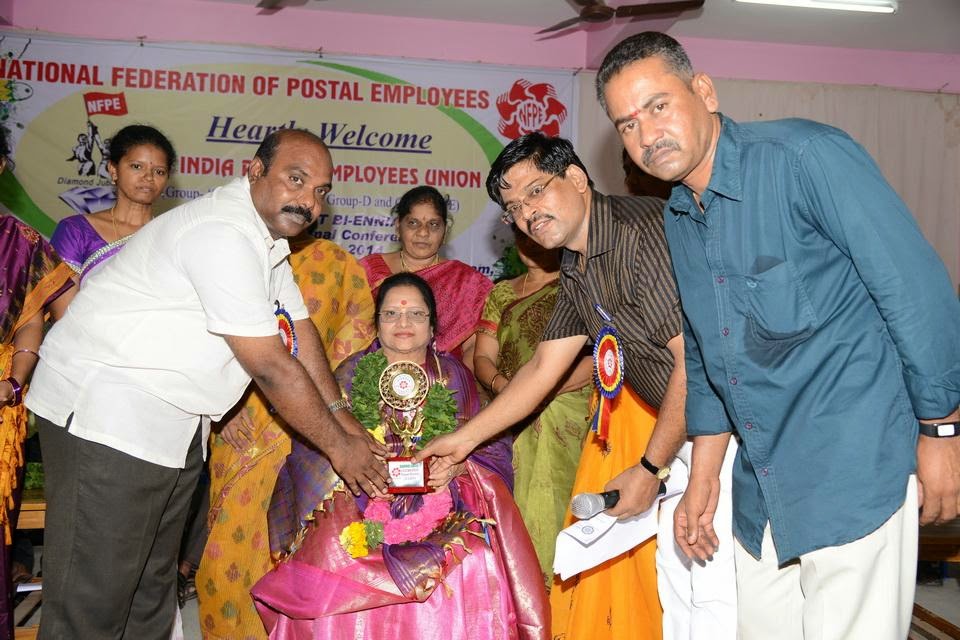 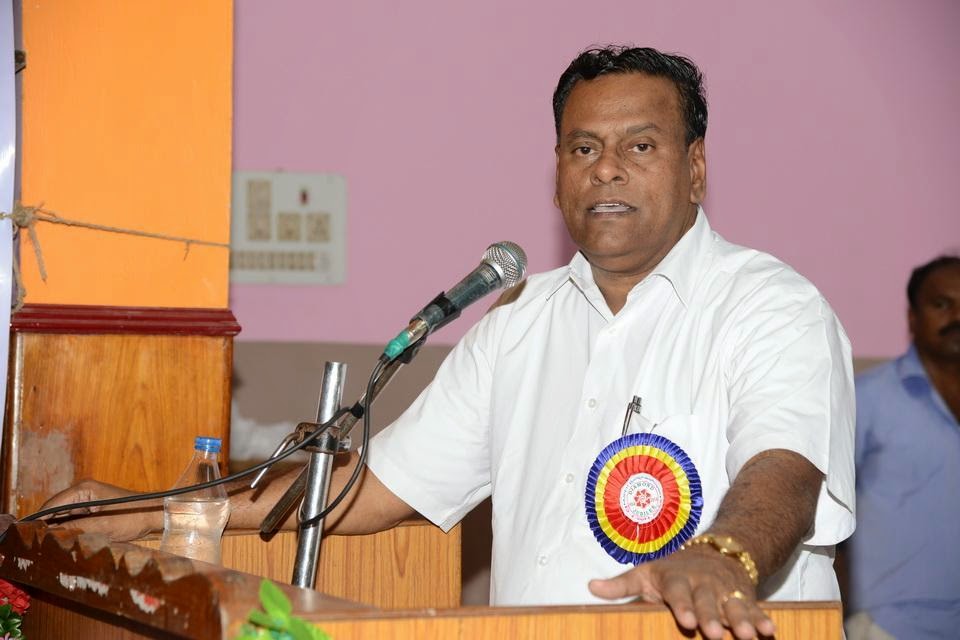 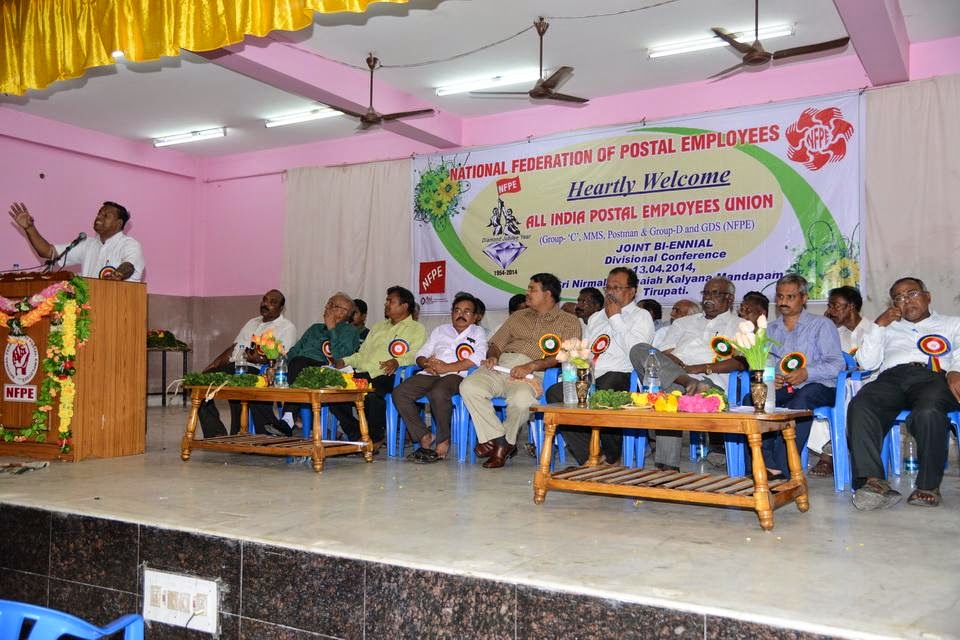 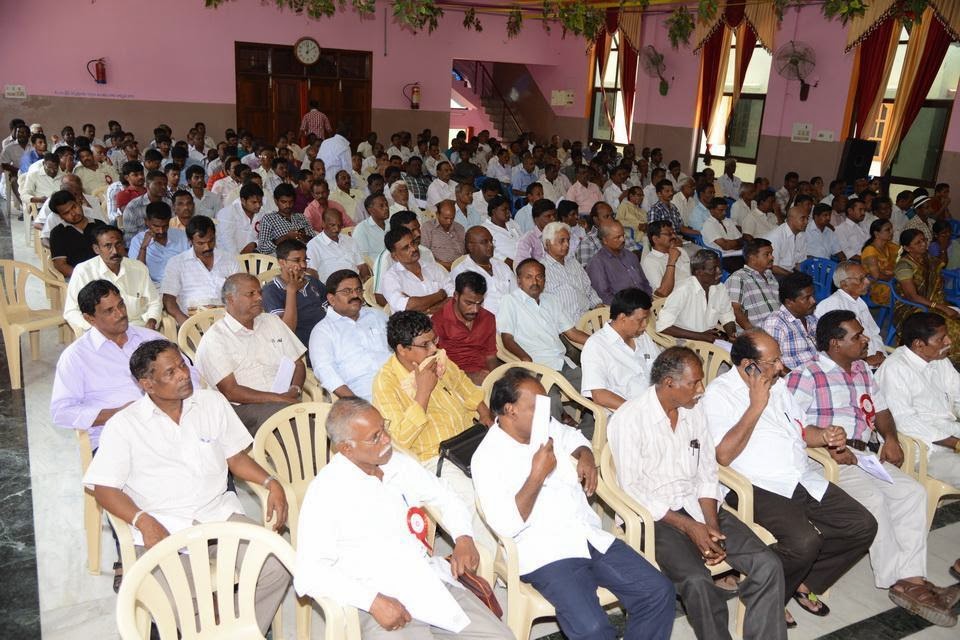 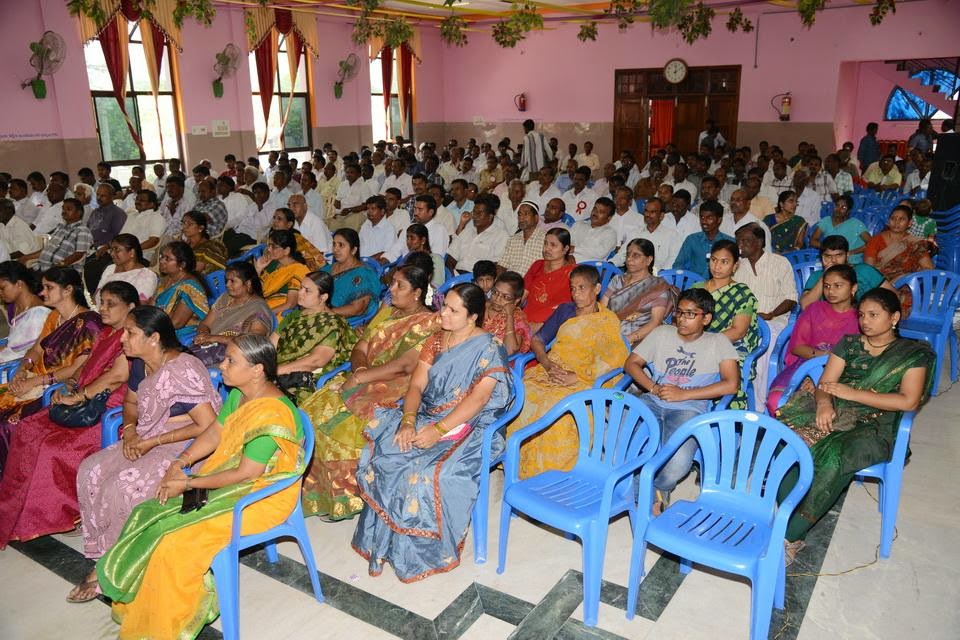 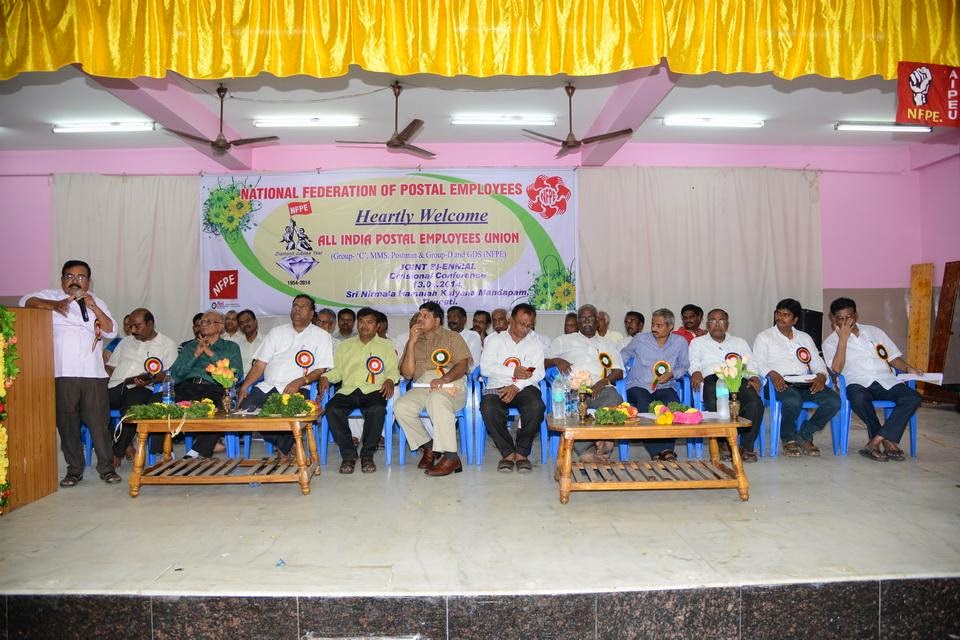 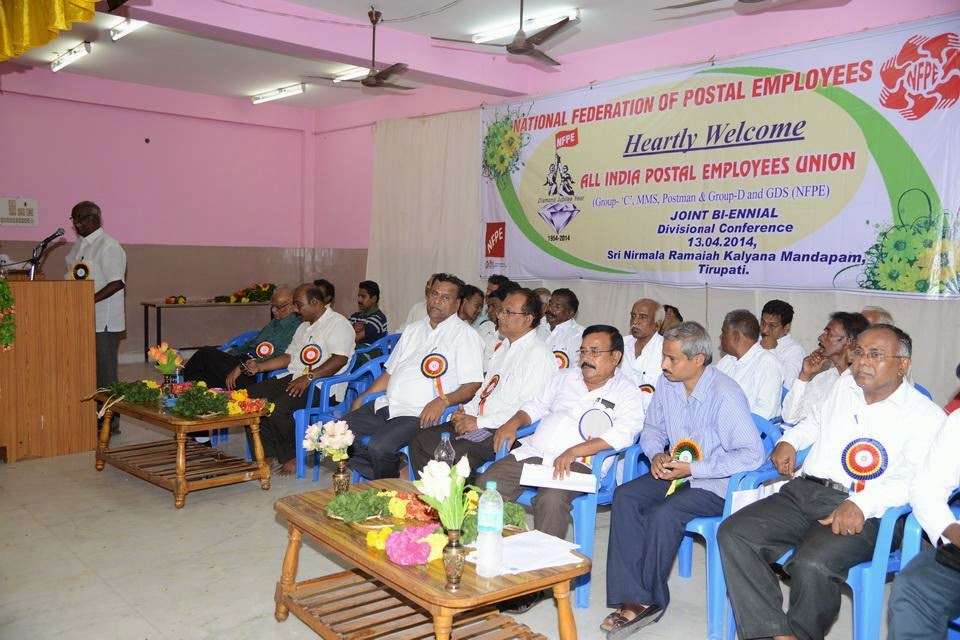 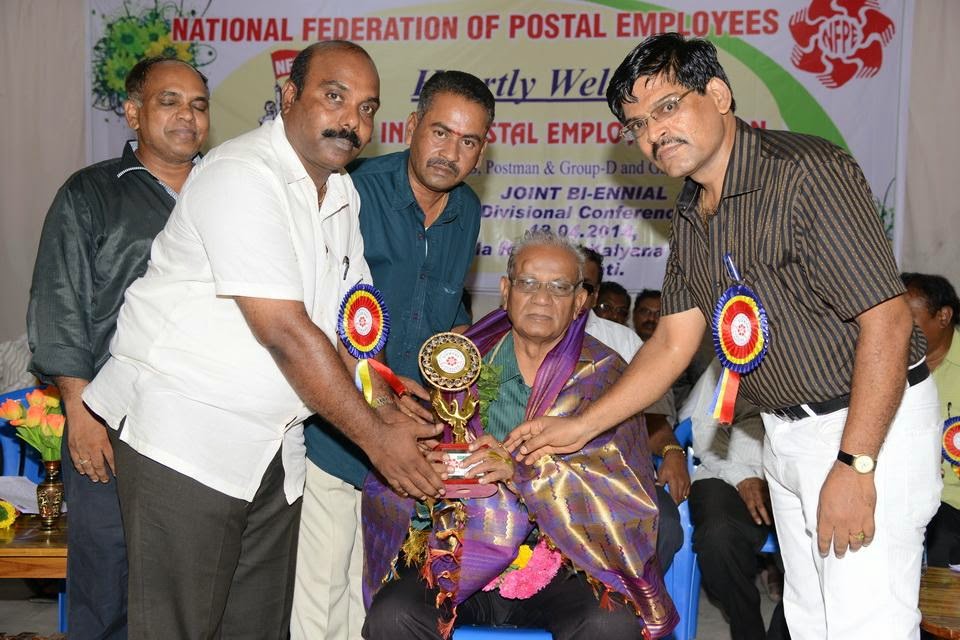 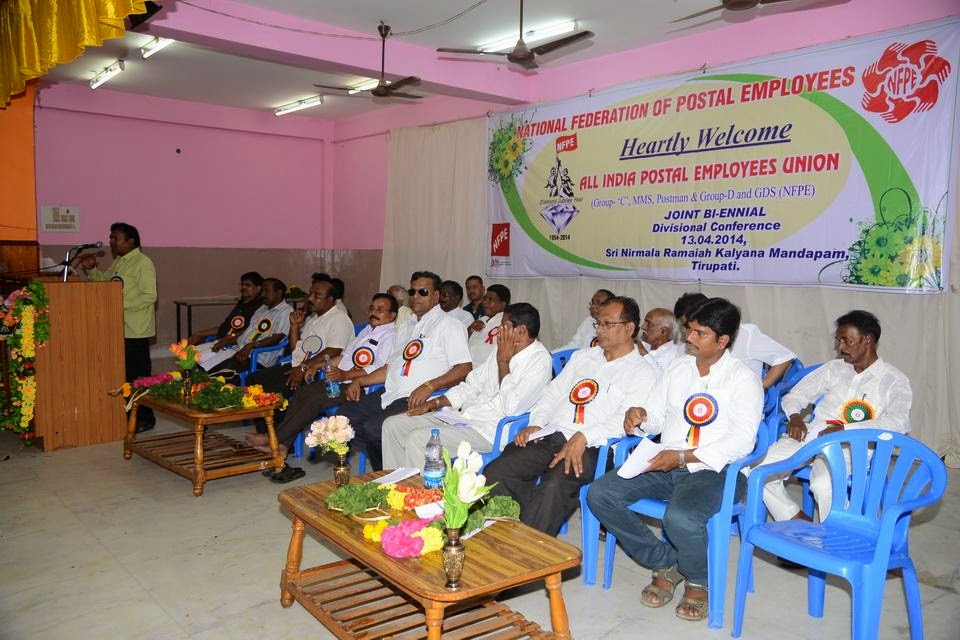 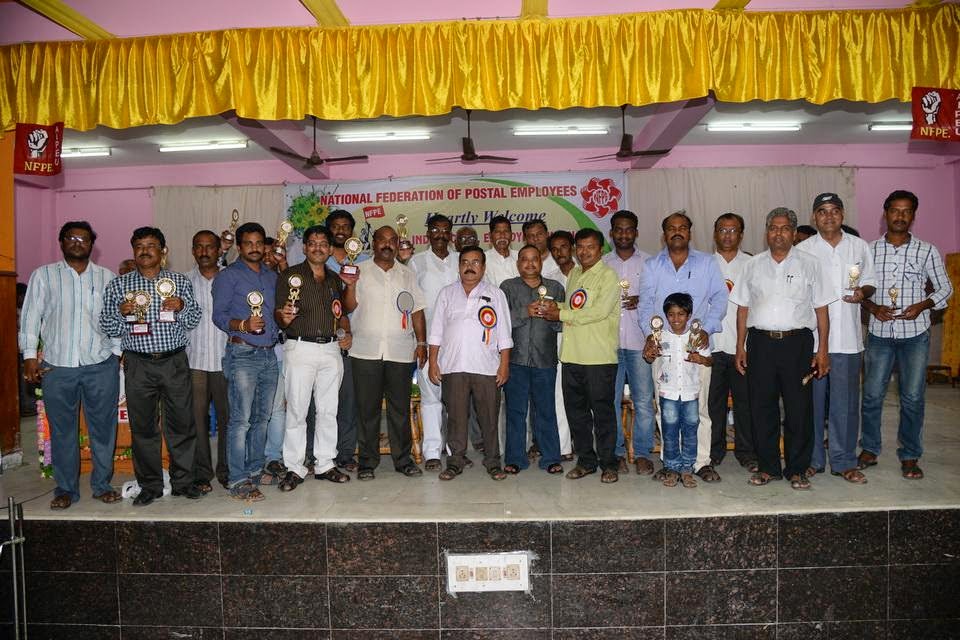 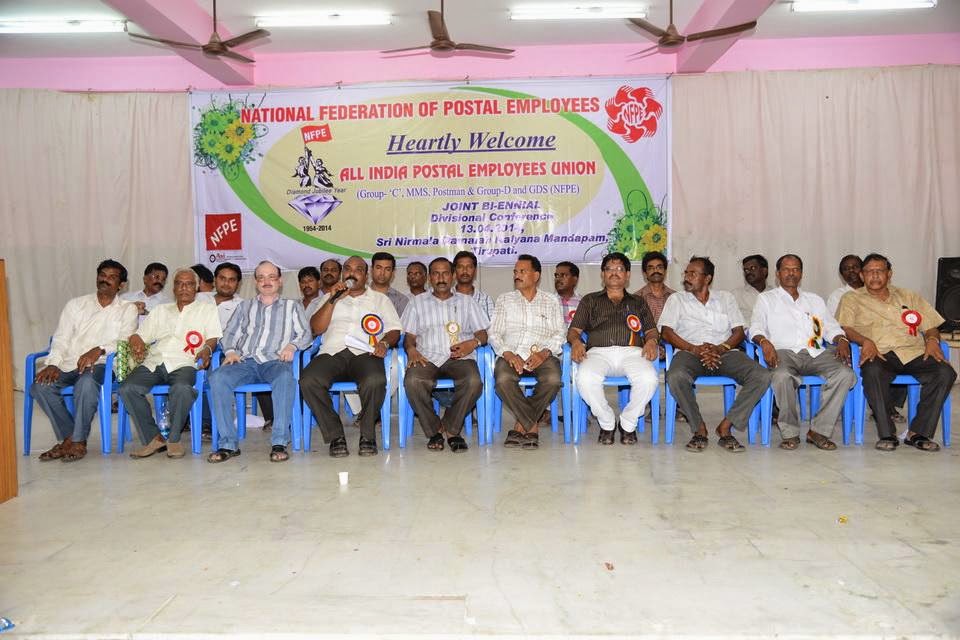 Posted by P. Pandurangarao at 3:59 PM