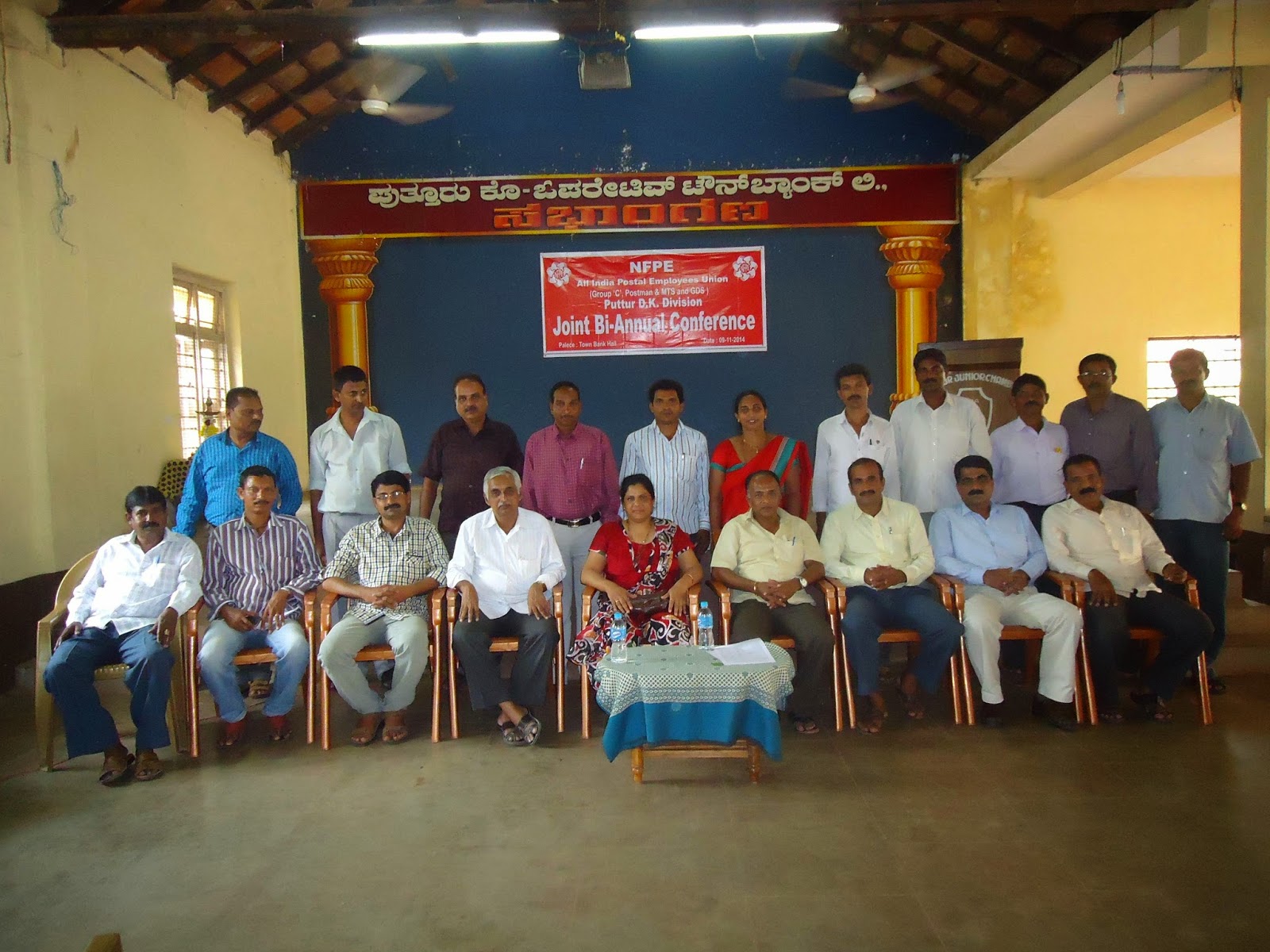 and along with a set of office bearers were elected unanimously for the  AIPEU GDS (NFPE) Divisional Union, Puttur.