12 cities in State to have new names from today

It is now official. The State capital has shed its anglicised name Bangalore. It will be called by a name with a distinct local flavour: Bengaluru.

On the eve of the 59th Karnataka Rajyotsava, the government on Friday issued a special gazette notification to change the names of 12 cities and towns.

The changes will come into effect from November 1, 2014, said the notification, which spells the changed names in both Devanagari and Roman (English) scripts, and Kannada. The Chief Minister Siddaramaiah announced the change of names at his home office ‘Krishna’.

The Union Ministry of Home Affairs gave its approval saying “it has no objection to the change of names”, eight years after the State government sent the proposal following a suggestion by the late U.R. Ananthamurthy, Jnanpith award winner. Law and Parliamentary Affairs Minister T.B. Jayachandra said, “We have changed the names. It is now left to institutions and government bodies to make suitable changes.” Several firms and TV channels have been using the new name. 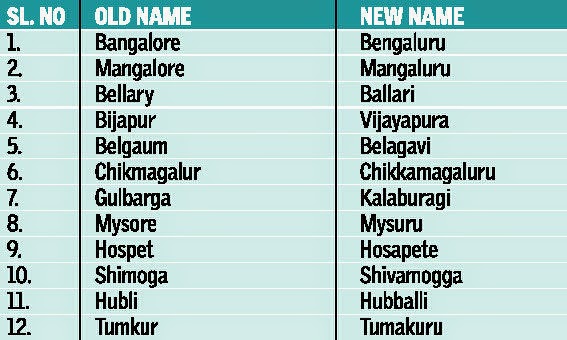 Some of the other cities that have been renamed over the years: 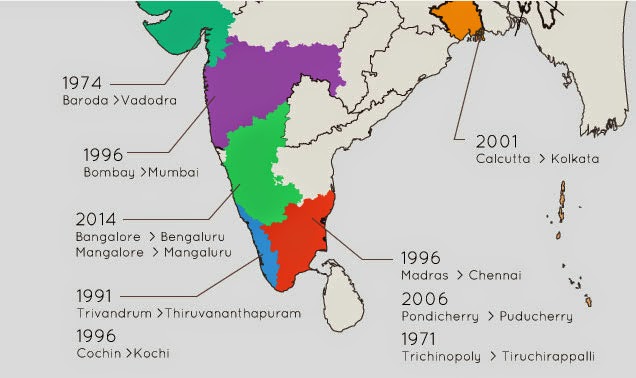